The boy (nearly 21!) has just been here for two weeks over Christmas, and now with his depart this morning, the house feels rather empty again.
It's also that time of year too: dried-out Christmas tree banished to the garden, decorations stashed in the attic, New Years resolutions . . . Mm. What this year? Dunno. they always fail anyway. Maybe the usual 'smile more' perhaps, deal with annoying, niggly jobs that should have been done before Christmas.
Most of the holiday was just being at home without much more of an agenda than that. Being at home with time off from usual stuff, and with Ezra and Mark - scrabble, eating a lot, reading, walking the dogs, talking more than we get time to during term time.
The question of a 'me and lad' road trip arose, and amongst all the indecision about which things should be achieved before his return to Bordeaux, a Yes, let's do it, was arrived at. And I'm very glad it was. Only a road trip of a day, and to nowhere more exciting than into the next door 'department' of the Ariège. But it was totally memorable, climatically, visually and audibly.
West of Foix, the weather is considerably more severe in winter, especially going into the mountain foothills - as we did, looking for an abandoned aluminium mine - as you do . . .
Where as it was about 8 degrees in Limoux it was more around 1 degree in Foix/Tarascon and probably -2 driving up into the hills. I've never seen hoar frost in such dramatic quantities, or such magnificent ice formations on the rock faces where springs usually run. And, such huge, unoccupied open space with no sounds other than a few crows or a river flowing over icy boulders. Brain-vacation. 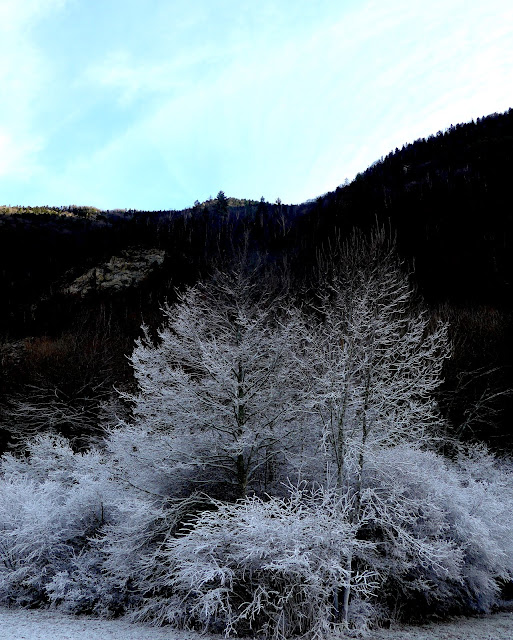 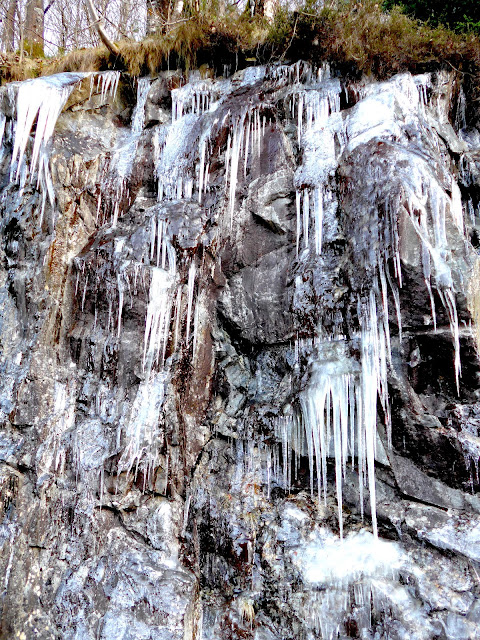 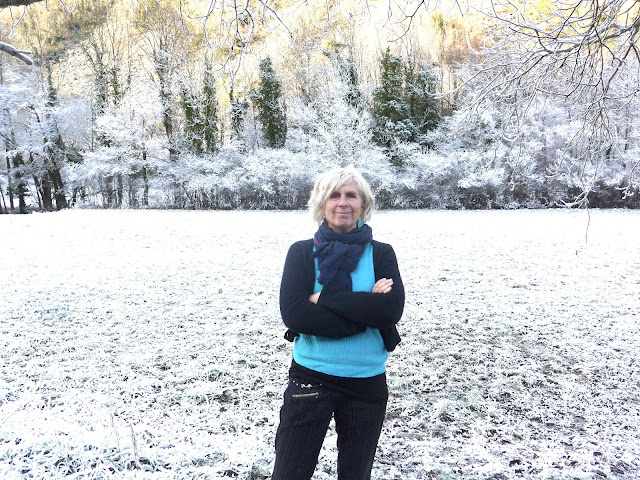 The light had begun to fade as Ezra pointed out another possible mine on the map - as we hadn't found the first one - but (unusually) I decided it might be a tad risky, and tea was needed so back down to Tarascon to search out a salon du thé.
A wonderful day: exploration, food - Moroccan restaurant in Foix - excellent, and brightened by extremely happy, whistling waiter - buildings appreciated, mountains gawped at and much discussed. 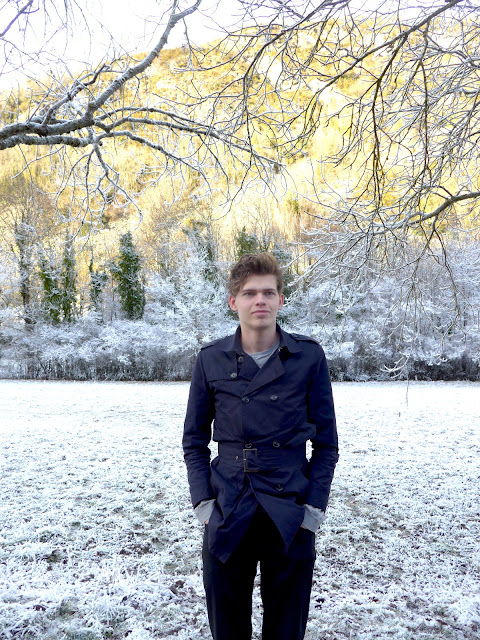 Posted by writing and other stuff at 05:44