Home is where the heart is

Hm, dunno. The word, discombobulated seems to hover this morning. However, moving into a new house and new area and all family disappearing immediately might well allow me to feel thus. At least for a few days while I figure out where I am, and one of the family members returns.

This house certainly has heart, and I think mine will become very attached to it as I hope Mark's and our son's does too. After living in a relatively new house (40 years old or so) this abode has much history. Most recently owned by an incredible lady who has now moved on to another enormous gardening project at the sort of age many people might be planning their day around naps and a possible trip out to look at new slippers, the place was probably a farm house although built for someone with certain ideas of grandeur. I would like to find out more as much must have happened here since its construction in 1860. She bought it as a ruin back in the 80s and turned a treeless field into a veritable paradise of plants - certain responsibility to keep in all going! 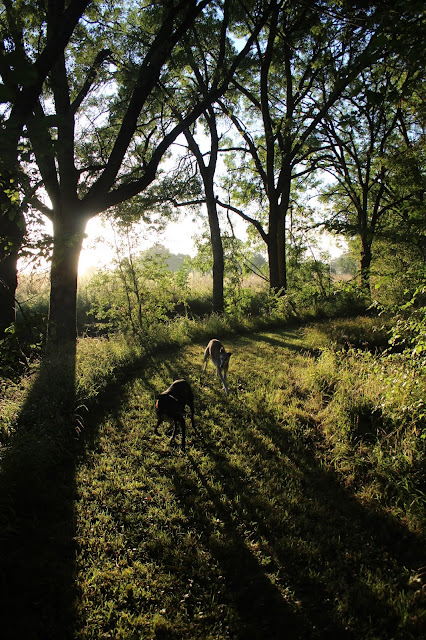 We have a wood! 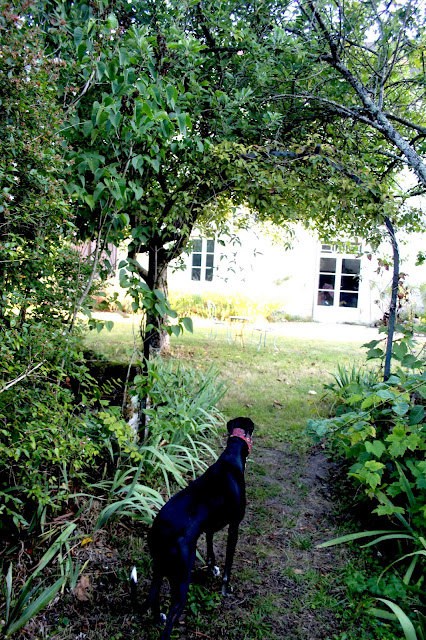 Is this the place? 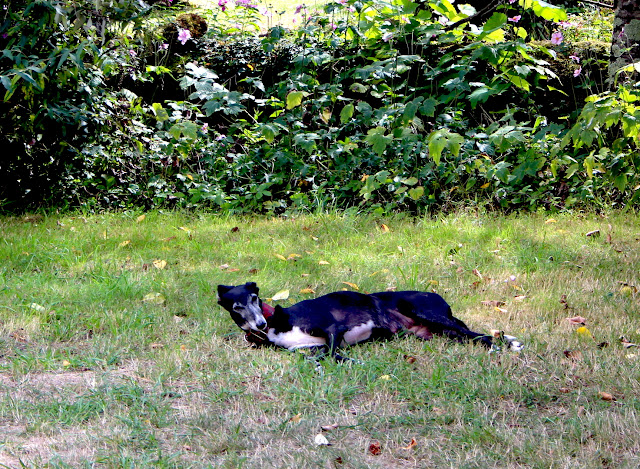 The house interior is still a massive mess of boxes, misplaced shoes, musical equipment, books, and furniture, some of which fits and some that will have to be replaced. But that's to be expected after only four days of being here. I'm still acclimatising to the certain creaks, dripping tap, trains passing, the neighbours dogs but it's already becoming familiar. 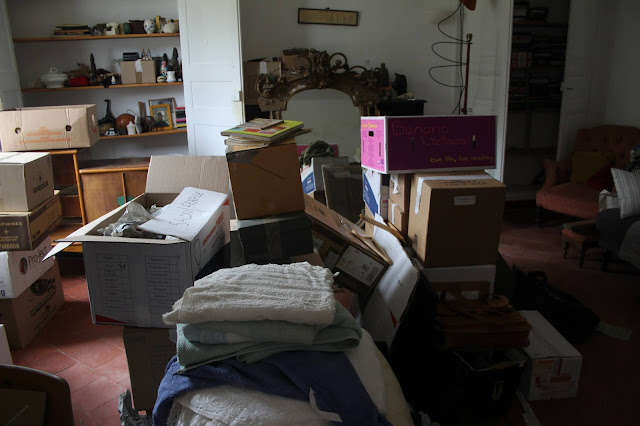 Things I miss . . . familiar faces, of course. Our pool. I never expected to own a house with a pool and we certainly made very good use of it over the years, but here we have a small river and one of my objectives is to make a large pond, possibly to slide into along with the frogs and fish on very hot summer days - of which there increasingly more of in the Loire as well as everywhere else . . . The hills. Oh yes. It's very flat here, but I'm trading enormous skies and distant forest views for the vine covered slopes, although the familiar stripes of vines are here too for which I feel a certain affection. Here I will be able to cycle - something I never did much of in the Aude, despite the fact that serious cyclists come from all over the world to work their thigh and calve muscles out on the hill roads. There are cycle routes everywhere and its a few minutes leg work to the Loire itself. I don't miss the heat or the mosquitos, or the lack of customer appreciation in shops - here, so far, people seem genuinely more friendly, pleased to see you; we had become rather accustomed to 'bof' the peculiar indifference displayed by shop/restaurant owners/workers back in our area of the South.

This morning I took the dogs - or they took me, pacing around waiting to explore by eight o'clock - on a walk around the small roads that surround us. It's very odd not to encounter an incline, and before one realises, the kilometres pass. We must have done about six, taking in the distant views, rustling poplar trees, picking blackberries. Well, I was. Dogs do what dogs do, their interests being lower to the ground... No one was about, not surprisingly as it was early Sunday morning but I would have liked to ask what we do about bins. Our 'Tax Fonciere' is extremely low (hurrah) but I assume there must be a rubbish collection at some point during each week. I returned, surveyed the chaos in the house and went to plant an olive tree. 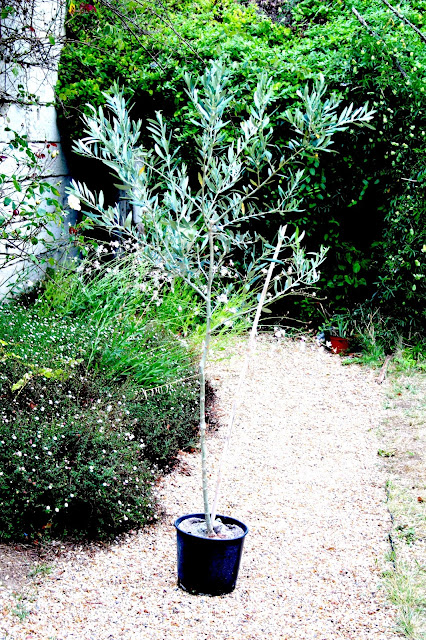 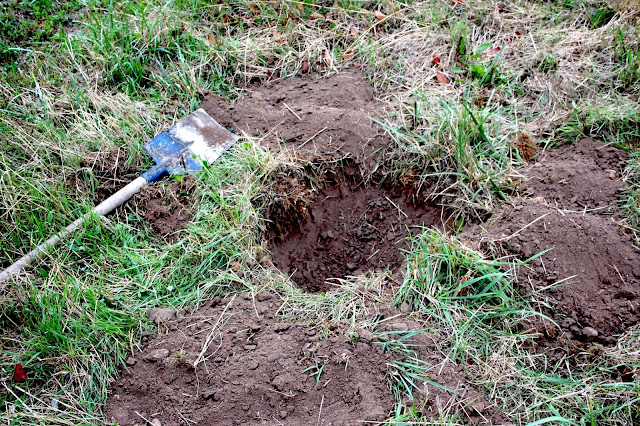 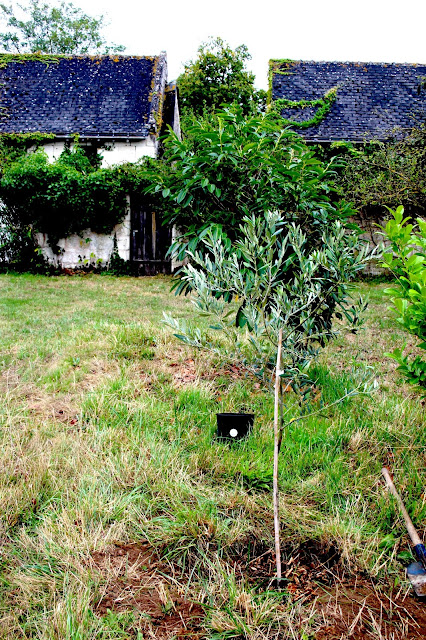 In some sort of last minute panic at leaving the South I had visited our local garden center and bought several cypress/olive trees and assorted other mediterranean plants only to find on closer inspection this vegetation exists here. On my walk I saw the afore-mentioned trees growing happily as well as Oleander, flowering sages and all the other stuff I had purchased. We already have two peach trees in the garden here, trees I hadn't imagined seeing in this region. Sadly, many of the indigenous trees that our house seller had put in over the later years such as silver birch are suffering from lack of water and I envisage the dryer part of the garden developing into a try-out Southern landscape with much of the vegetation I had included in our old garden.

After a tricky start after the dog walk: severely burning toast, melting the plastic dog food bowl on the very ancient electric stove and falling up the stairs over a pile of stuff waiting to be re-housed I feel energised for more sorting, more garden investigation and possibly a knock of someone's door to ask about the rubbish bin business. 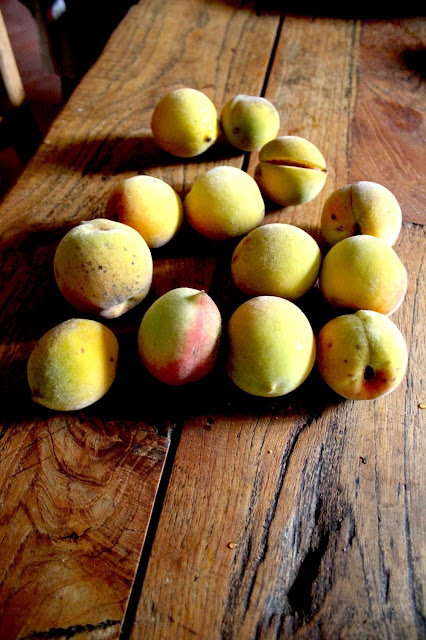 Peaches from one of the trees 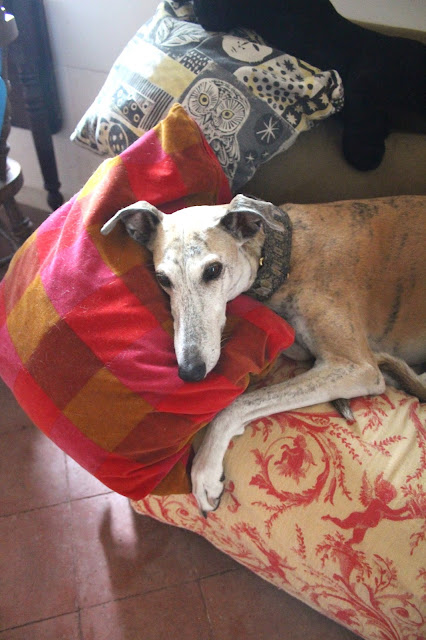 If the sofa is there, any dwelling is good.

More from the Loire soon.

Posted by writing and other stuff at 04:21