Places in the mind

The brain, as I have written many times on this blog, is the most extraordinary thing. As I sit here writing, I have a track by Unknown Mortal Orchestra playing in my head complete with the detailed bass line, his distinctive voice, crispy drum rolls and various guitar riffs that make up that song. It's not even one of my favourites but it turned up on my Spotify play list while driving yesterday and it's now well embedded, pushing out slightly the Detectorists theme tune which had taken up residence for several days. Actually the latter can stay; it's a beautiful song and I don't seem to tire of it, unlike Money Money Money which became a seriously unwanted lodger some years back due to Ezra having to learn it in his crap music lessons.

Anyway, all that to underline how amazing the brain is, and my blog post was to talk/ramble on about the more visual aspects of memory, with regard to places on this maligned planet. I was on a dog walk yesterday with new friend, author Adrian Mathews and we were discussing our respective nostalgias for London, realising that we both held the fondest memories from the 70s version of London with all the stuff that went along with it - Routemaster buses, formica cafés, few chain shops, and many wonderful old landmarks now sadly crushed under a new sedimentary layer of London's history. Mind, if the current novel I'm writing has any truth in its wayward madness, London is still there both in our collective minds, in time, and in all its phases. 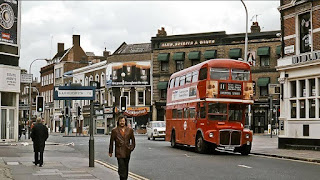 During this morning's walk, I considered the places that have meant much to me, or not even much but have just stayed prominent in colour, shape, sound and smell within my memories over the years. An assortment:

Too many in London to state, but perhaps the ponds of Hampstead Heath, the small parks of Bloomsbury and the roads around St Leonard's church in Hackney where I have done so much wandering during Londonia research. 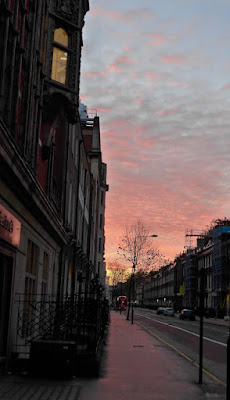 Gower St at 5:am on one of my 'deep topography' wanderings

A particular rounded hill in Dorest called Wingreen. It has featured in many of my books, and it was just visible from the end of our road when we lived in Wimborne, its wedge of beech trees strangely comforting to me; a memory of many happy walks with Mum listening to the larks and scanning the distant landscape for a glimpse of our road back home. 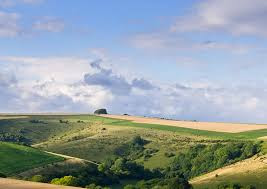 An elegant alley of oak trees also near Wimborne in an area called Pamphill, a short walk through which brings one to a perfect little brick pub named the Vine inn/ Probably my favourite pub ever, despite its restricted menu of cheese or ham sandwiches - or that's what was on offer last time. But actually, what could be better than a hearty cheese and pickle sandwich on white spongy bread and half a pint of something with a name like Rector's Leg, or similar. 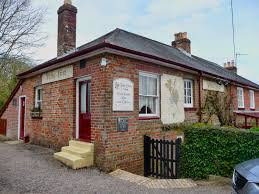 Canford Cliffs near Bournemouth: ah, the views of Old Harry rocks and the rolling grasslands of the Purbeck area; the sand, the sea and all the memories of arriving there late on a summer day when everyone else was going to their guest houses or homes; wading into a placid sea, lying back and staring up the the clouds. 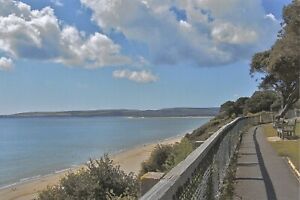 More recently, many personal postcard views of Cerbère close to the Spanish border. Two in particular - on walking into the hinterland and looking back at the sea and the train lines while a mass of bees explored the almond blossom, and swimming late at night in the town's small harbour. 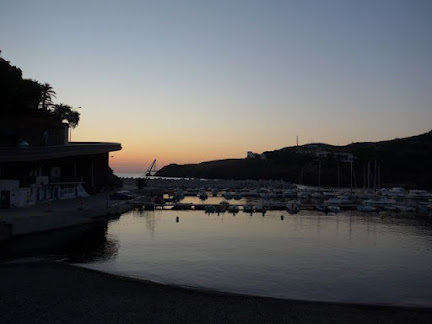 And of Limoux, where we have just moved from. So many memories and mainly of places reached on favourite dog walks. Probably the one would be the point we always stopped on the 'runny fields' walk (where our greyhounds could run easily) and gazed over the vine-striped hillsides and steep hillsides above Alet les Bains. 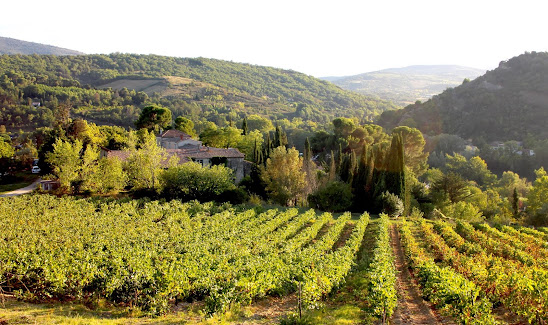 The hills above our old house, an everyday and much loved, dog walk.

So, what poignant memories will be formed in this new-to-us area of France? Certainly the Loire itself - I must have stood for twenty minutes the other day just watching the water in the late afternoon sun. I can feel affection already for many sights and sounds here: the pale stone and slate buildings with their elegant details, the slightly fen-like distant views of tree-clumps and hedges, meadows and regimented striped fields, the late-summer swallows that still swoop and dip and the graceful herons traversing the skies as silent as gliders. 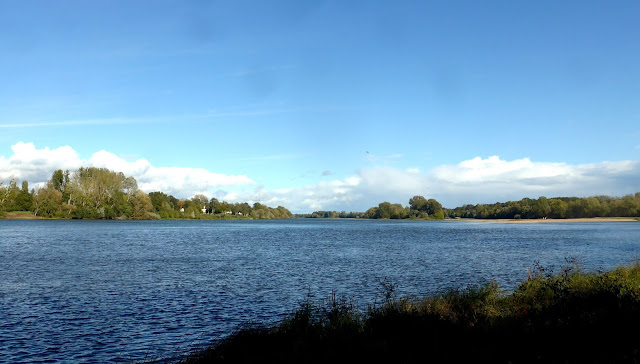 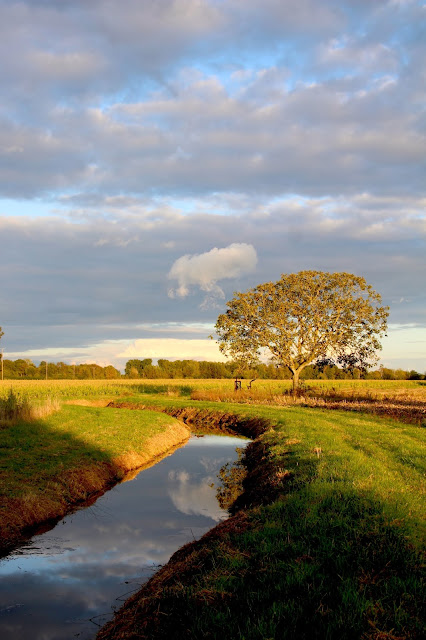 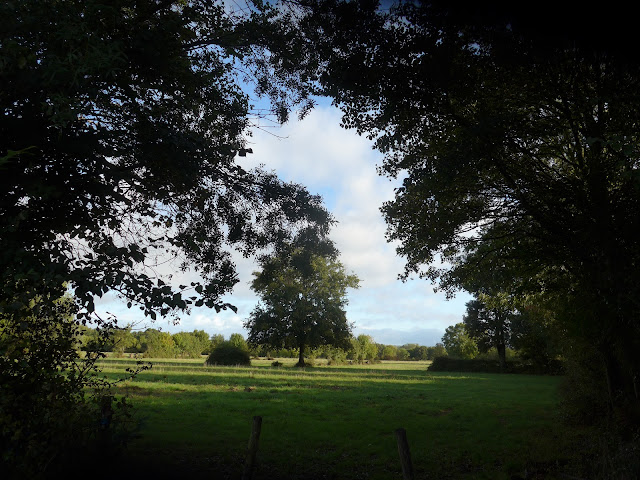 Posted by writing and other stuff at 02:42