Not mark two, as in a second attempt at something; I mean a post for my husband, Mark - a second one, not husband, post . . . anyway.
I was just going through our virtual stack of photos for something this morning and saw this picture. It reminded of the first time I ever saw Mark: same old 1950s Italian accordion, but he was dressed in a rather fetching stripy T-shirt. Lighting bolt? Certainly a small rocket of an idea zipping off into the stratosphere of trouble and relationship mess ahead . . .
Fast forward eighteen years and I still love watching him play, whether it be the accordion (now held together with gaffer tape) drums, piano, electric organ or leading a samba/gamelan group.
Last night we played at friends Alvin and Nike's rather super 'fete', and it was a joy to see him nipping effortlessly between the drum kit for a Rolling Stones number, the piano for some jazz standards, and then heaving on the faithful old accordion for a few tangos in the garden, and back upstairs for some more rock' roll. 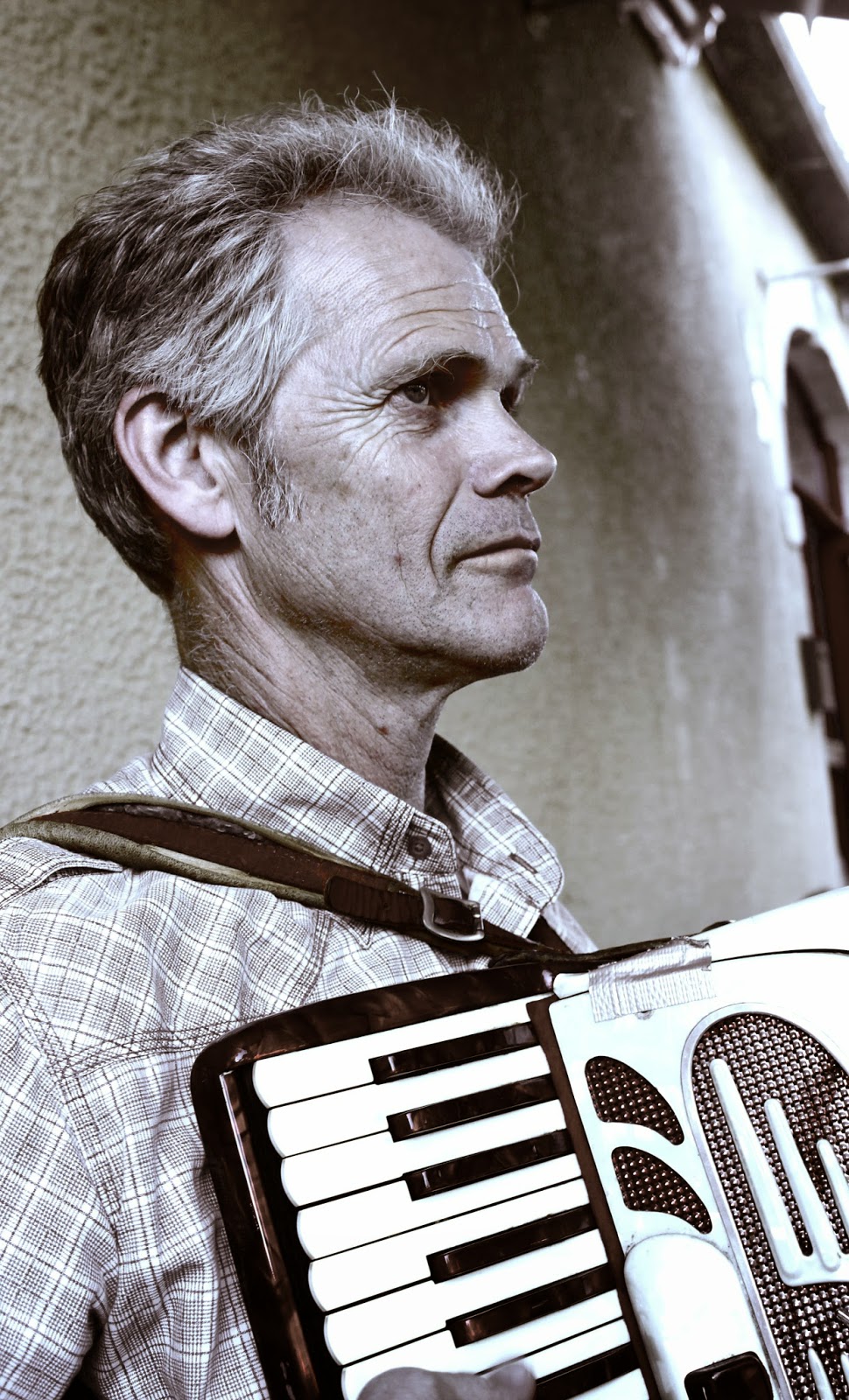 Posted by writing and other stuff at 03:34