you need something from time to time which is truly and utterly, warmingly, ridiculous.

Posted by writing and other stuff at 06:18 No comments:

That's what the surgeon had said when I had gone for my consultation a month or so ago. He had then gone on to say:
"Ah bon?" Meaning, really? You have a hernia of the groin? But this is usually for a man - and you are certainly not a man, heh?" He had said all this with a playful look which was nice, if not a tad cheesy, as I was feeling particularly ancient and lumpy that day. He was even more surprised when I told him that I had already been operated on about eight years ago for a groin hernia on the left side.
"Vraiment?" Truly?
I was obviously an interesting case and would be more interesting as I was to later be sporting the scars of two different procedures as medicine had obviously moved on somewhat since my last op.
He waved a rather grubby small piece of doily-like plastic at me.
"This is what you would have had before - the plug. It is no longer in favour you know." His tone was rather like that of a hairdresser who flips a lock of one's hair disparagingly and says "who cut your hair last?"
He then asked how I had found it - the plug, and seemed slightly disappointed that it had so far not caused me any more grief than a slight tugging sensation. He went on to explain how the new procedure involving a small camera, a lightweight gauze and some sort of gas would be much better and far less invasive. So I said, "Great," and he said "when do you want it done?"
Stop. When do you want it done? I am still amazed by this question in French hospitals - not that I'm in them constantly . . . No waiting list seemingly, not for this op anyway. I had suggested the end of July and he said, "OK, but I can do it next week if you like."
I've heard of expats going back to the UK for treatment. Why?

So, the day dawned. I followed all the instructions and was at the hospital by 7am. This is the other thing that is so amazing about the French health system. They know who you are as soon as you appear in the reception; you pass through various bureaux, answer questions, sign papers and it's all so incredibly efficient. It was slightly alarming that they asked me to state several times what operation I was having and which side it was on. I suppose one can't be too careful - litigation and all.
I was shown to my PRIVATE room, given a blue paper gown, shower cap thing, paper pants and paper shoes; shown all the various controls for window blinds, nurse-calling, bed adjustments, TV, etc and left to write the last entry in my notebook. Well, there is always that slightly angsty feeling that the anaesthetist might have had one too many the night before . . .
About half an hour and many blood pressure checks/further questionings about what side the op was to be on, etc, another delightful (and they all were) nurse appeared, passed me a purple felt pen from its sterile wrapper and asked ME to draw a cross on the leg that was on the side of my body that the op was to be performed on. Surely they might have known by now . . . Anyway, I did draw a cross - not a tick as I was tempted to do and she told me I could keep the felt pen.
Then someone else came in wearing a skull design hair protector and said he would wheel me to the block.
As I said, it sounds like I've done this hundreds of times - actually about four, all for minor things, but the weirdest part is being wheeled down many corridors with strip lights flashing above you as a part of your brain is saying, actually, I'm not absolutely sure about all this.
The bloc was very cold, so I was covered with a layer of lightweight papery substance which hot air was then blown into - liked this bit. Sadly there wasn't a pre-med too take away those fleeting feelings of panic as people attach electrodes to you but an oxygen mask was then on my face, my eyes were blurring and the anaesthetist was saying 'c'est parti' - off we go.

I woke wondering where I was and asked the nurse taking my blood pressure again if that was it. I.e, had it been done. She smiled kindly and said, "oui, Madame, now you are in the room of waking."
After another doze back into unconsciousness, I was wheeled back to my room where I slept on and off, woken by people checking the right side had been done and taking my blood pressure.
Lunch was a white bread roll a small piece of Emmental and a pot of apple puree. Which was fine as my stomach seems to have shut down through having things poked around it for an hour or so.
The surgeon came to visit and informed me everything had gone to plan, and that he'd had a look at the old plastic doily on the other side. He said it was protruding slightly into my stomach area but it wasn't causing any harm and that it was still holding up whatever it was supposed to be holding up - at this point, I pictured some species of flying buttress within my innards.
He also said he himself had been operated on two weeks ago and had lain in the very same bed as me.
I wasn't quite sure what to say to this; maybe he had also had the same operation - not performed by himself. Anyway, I said "Vraiment?" and we talked for a while about Brexit, the subject of which he was as incredulous about as I was/am.
Half an hour later, I was checked over again, deemed to be ok to go, all paper work was in order, a nurse of my choice would visit our house for five days to check the wounds and give me special injections. I was not to lift anything more than a kilo for a month and various other things should be avoided for fifteen days, and I could leave whenever I was ready. "Au revoir, Madame, bonne continuation." 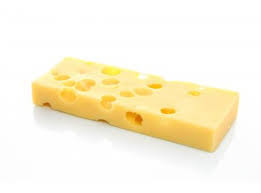 Posted by writing and other stuff at 21:08 No comments: