Take me to the river

Or rather, take yourself to the river.

Rather than the more usual dog walks of half an hour or so I decided to walk to the Loire and back from our house. Mark can do this in half an hour (each way) but then his legs are considerably longer than mine and he doesn't stop every four minutes to look at some minuscule thing - a budding branch, a woodpecker high up in an oak tree, graffiti on a wall, a worm in need of rescue from the road tarmac, etc. Plus, with dogs, the walk time has to be increased if you take into account all their pressingly dog-important issues of smelling almost everything and attempting to pull one through hedges after a spurious sighting of a rat, bird, cat, lizard, et al. Anyway, it's all part of it. Exploring on a very small scale; something to be done increasingly as travelling anywhere very far away seems unlikely, and to my mind a major change humans will have to adjust to if we are going to take planet-saving in any way seriously. 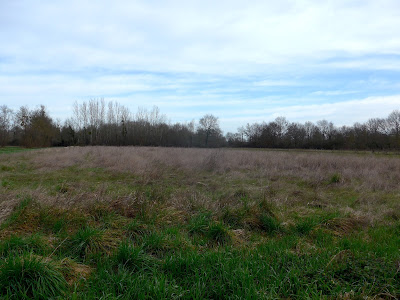 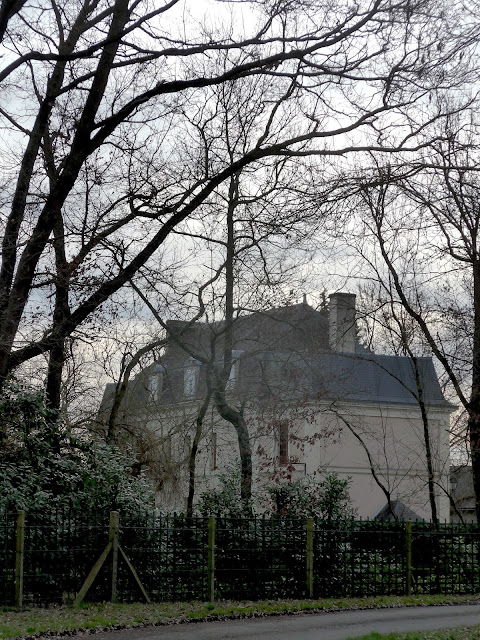 The 'posh house' of the so called, posh house dog walk 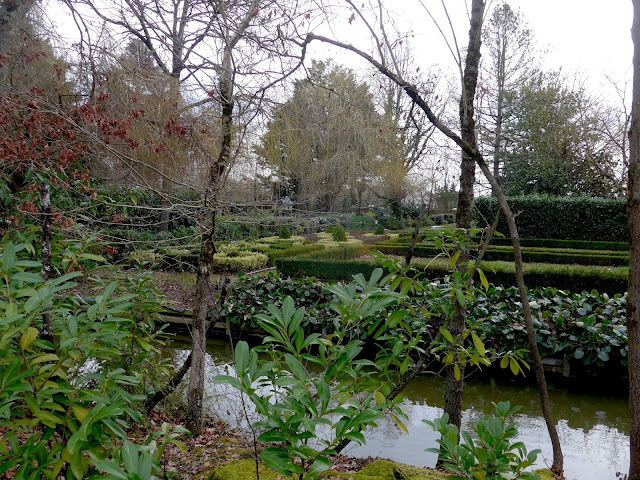 And its moated garden 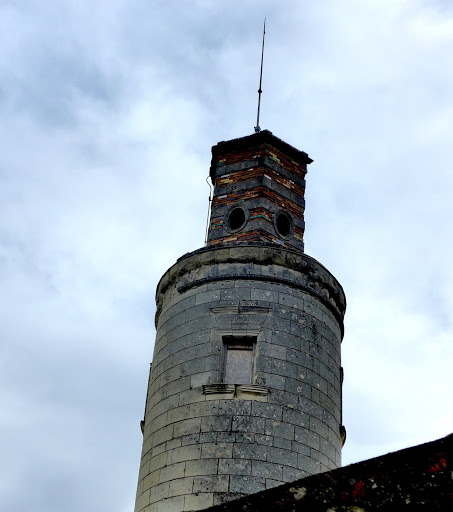 A tower we have often passed and wondered what its purpose was.

The thought of lunch prevented me actually getting to the river but we reached La Levée - the road and dyke constructed to keep the Loire from flooding the important crop lands (the side we live on) - and walked along until we reached the rather beautiful manor which has a box hedge maze in its grounds. I've often driven past this but it's not until you walk you can be really observant and/or nosy... 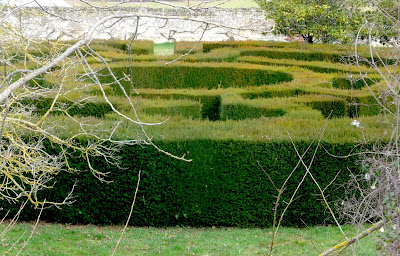 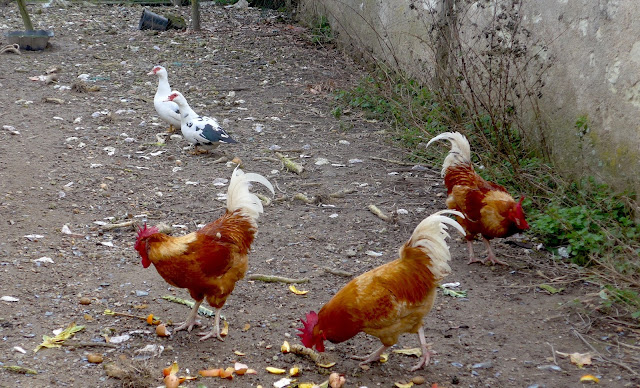 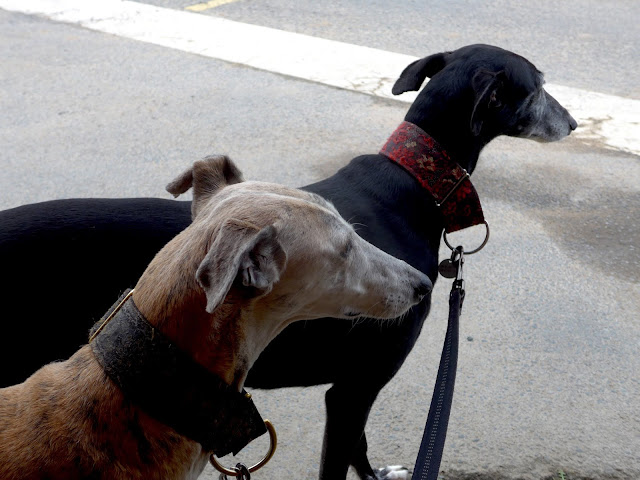 Dogs waiting for owner to stop sitting in a bus shelter - I needed a leg rest, unlike them

Spring is certainly here, and it's interesting for an ex southern France dweller to note the differences. Actually, not as many as I thought there might be. I was happy to see the familiar sight of almond blossom this morning, something I always enjoyed as one of the earliest spring signs. Also, mimosa almost as early as on the southern coast. Daffodils and snow drops were everywhere, willows beginning to sprout their soft white buds, and something that caused me drop to my knees on a muddy verge and investigate at close quarters: a snakes head fritillary in full flower. I've never seen on of these in the wild - strange and almost reptile-esque, like a . . . snakes head. 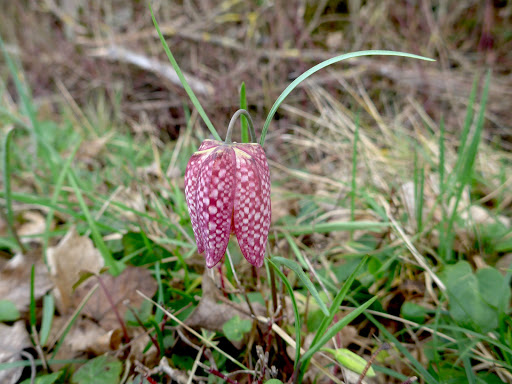 Posted by writing and other stuff at 10:40 No comments:

Things you come across on the internet

Well, my friend Mal did when he was looking to buy a copy of my kids' book 'Alfi Beasti, don't Eat That'.
A wonderful reading by the nursery reader of Bede Community primary school.
Posted by writing and other stuff at 11:11 No comments:

Look! I made some bread! 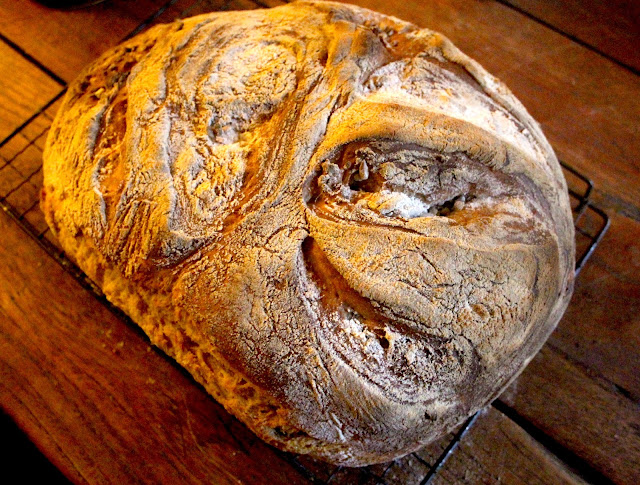 the huge bread, inspired by a loaf from a local wood-fired bakery

There's been a flurry of bread-making posts on all social media over the last year, and I salut this!! Make bread! it is really easy - honest, and you don't need a huge clunky plastic item to clutter your kitchen worktops; just a large bowl, a piece of marble for kneading (if possible) wooden spoon, flour, water, salt, bit of oil - if you like, plus extras if desired such as sunflower seeds, olives, dried tomatoes, marmite just kidding.... and an oven. Bread tins are good but Mark (king of bread-making - and has been doing so since student days back in the carboniferous period - he-he, just a joke, dearest) has just created this amazing medium cat-sized pain de campagne in an old pyrex baking dish as we can't find a metal oven 'sheet' that will fit in the ancient, 70s relic that we we cook on and in. 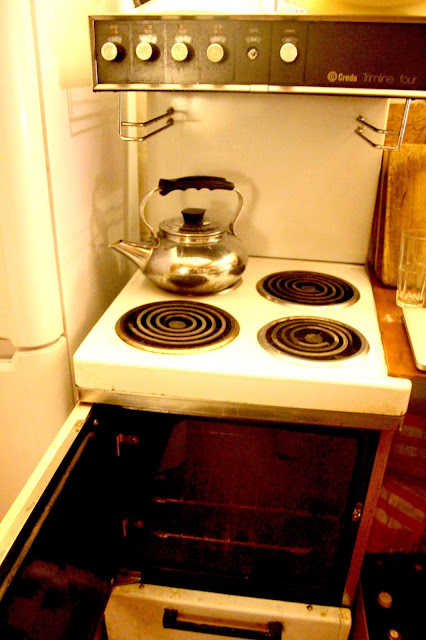 We have an ancient bread-oven in the spider-filled not-yet-developed part of the house, or at least the surround and opening - sadly the actual huge igloo like oven of this region was taken away at some point - and I would dearly love to reconstruct it. There are people who can do this in the locality but as we have more pressing renovation to attend to it will have to wait. But it is nice to know that the ghosts of all those loaves still inhabit the room and maybe we can add to them with our own range of breads one day. 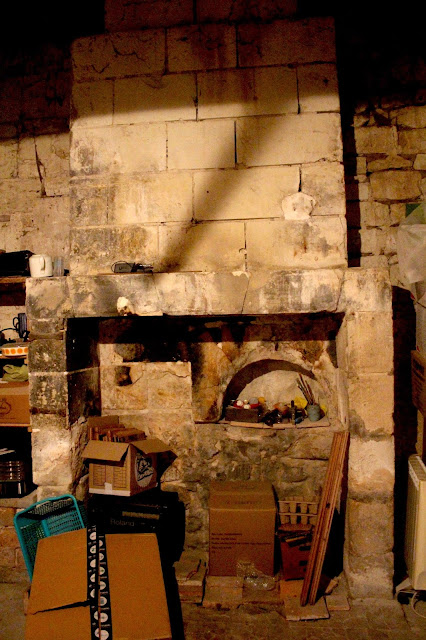 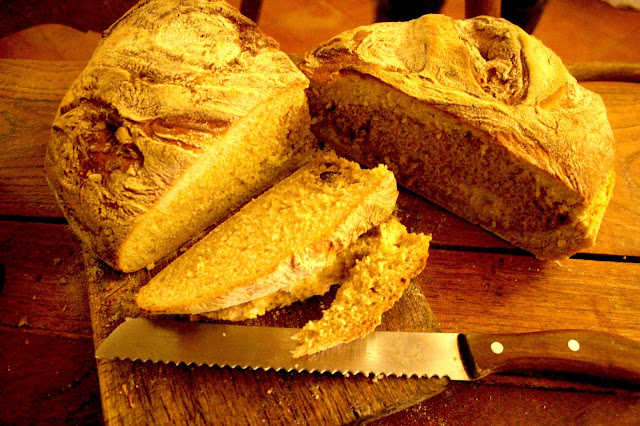 Posted by writing and other stuff at 10:57 No comments: