So . . . yes, we are in the process of moving - in that we have found a house Northwards in France, or rather North-Westwards. It was going to be purely Northwards but plans have changed . . .
It's about fourteen years since we last moved house and that was only a mile up the road. This move will be huge in distance and stuff. I've been steadily boxing up unwanted stuff for the last couple of weeks now and taking it to the equivalent of Oxfam, but the amount doesn't seem to be decreasing much. If Mark had been a flute player and just that, not a pianist/multi-instrumentalist/ethnomusicologist we might not have quite the amount of associated items, but we do, and that's fine. We also have all the antique and boot sale finds that we have accumulated over the years, partly for the pleasure of doing so but also with the idea of running a 'brocante' /tea shop somewhere. This new house may well lend itself to such an enterprise so all that has to be kept too.
Anyway, part of moving to another region is the excitement of new discoveries but also the sadness of leaving loved people and places behind. The people will hopefully visit but the places will only remain in memories and photos, therefore I feel compelled to catalogue all the favourite places, mainly those that feature in regular dog walks. 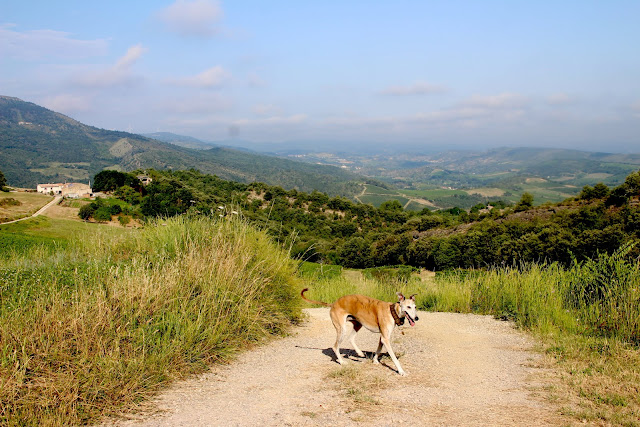 This involves a short car drive to a village on a hill, and a further winding road leading to a tiny hamlet called Lapayre, now just one dwelling in which resides Mr Oui, Oui, Oui, and his wife who I have never seen. If Mr Oui, Oui, Oui (called thus as his cheerful conversation is peppered with the repeated word) is around he will sally forth on his elderly but spritely legs and retail us with information about the hamlet which once held eight families all called Lapayre, the vines, the woods, his regard for all people whatever their skin colour, his happiness at living in such a place, etc.
Today, he appeared, hobbling slightly and explained that he had met with a slight tractor accident. I congratulated him on his magnificent vegetable patch (small field) which made ours look utterly pathetic, and talked about pesticide-free gardening. He led us into the veg area, cut us a lettuce the size of a turkey and handed it to me saying his chickens would only eat the outside leaves of a home-grown lettuce, non of this supermarket rubbish...
We thanked him and set out on the walk which features a gently concave slope of vines slightly resembling a saddle. The dogs, let off after a safe distance from the chickens ran off knowing well the walk's outline, just waiting at the appropriate moment when we decide whether to take the shorter walk where one admires the view of St Polycarpe Abbey and the hills of Arce (snigger not), or the longer loop walk which ends back up at Mr Oui, Oui Oui's tractor barn.
We took the longer walk which leads up into a small wood, down a lush hillside full of wild flowers and insects and then up into a small but challenging (in the heat) upward section back to the car. 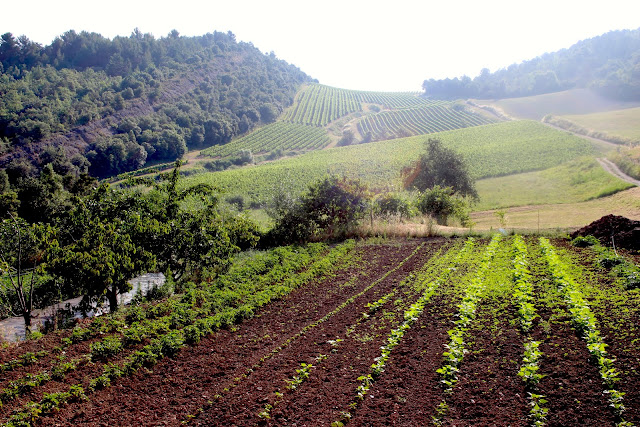 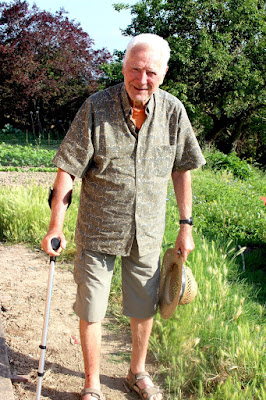 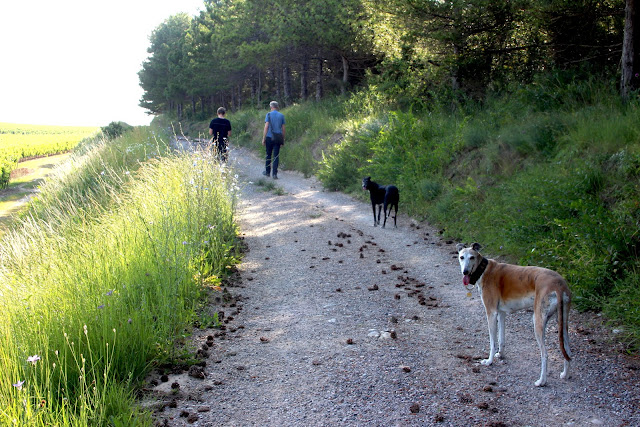 I've probably done this walk about fifty times over our seventeen years in this beautiful area of the Aude, and I never tire of its sights, and sounds of the resident crows who live in the forest above the path and the breezes that blow through the pine trees. 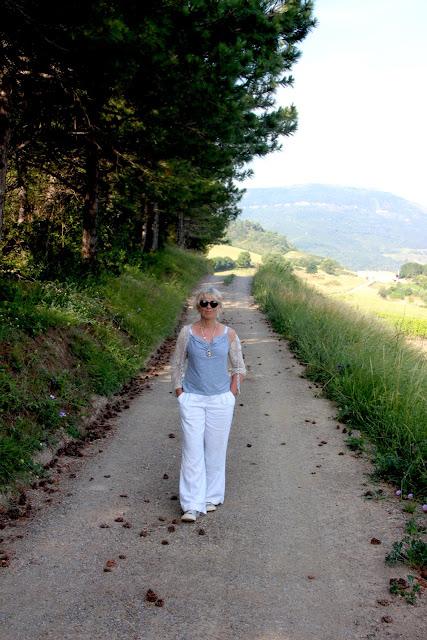 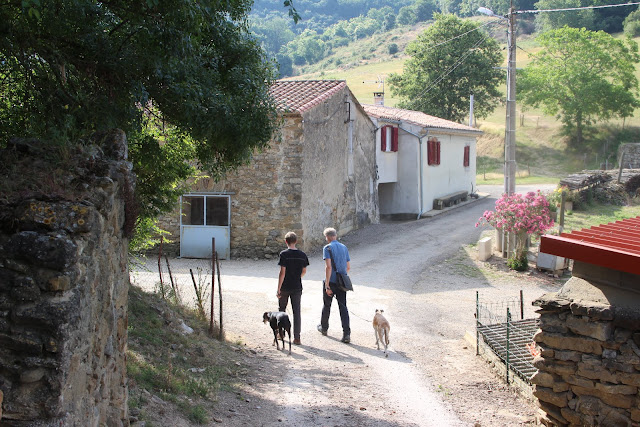 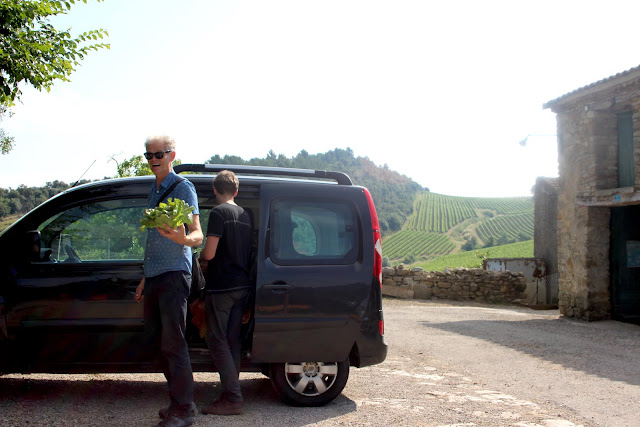 Posted by writing and other stuff at 07:46 No comments:

A short story from my book: Dog and Other Tales.

Ink drawings by myself and soundtrack by Mark Lockett.

Posted by writing and other stuff at 00:54 No comments: