Last summer on a ragingly hot day I did that thing we probably all do, mention to whoever is with us - or to ourselves, (yes, I do this) how impossible it is to imagine a the same place during a spell of extreme cold. Mark had stared across the parched grass and nodded: "Yup. Fires, hot water bottles . . . wood cutting..." 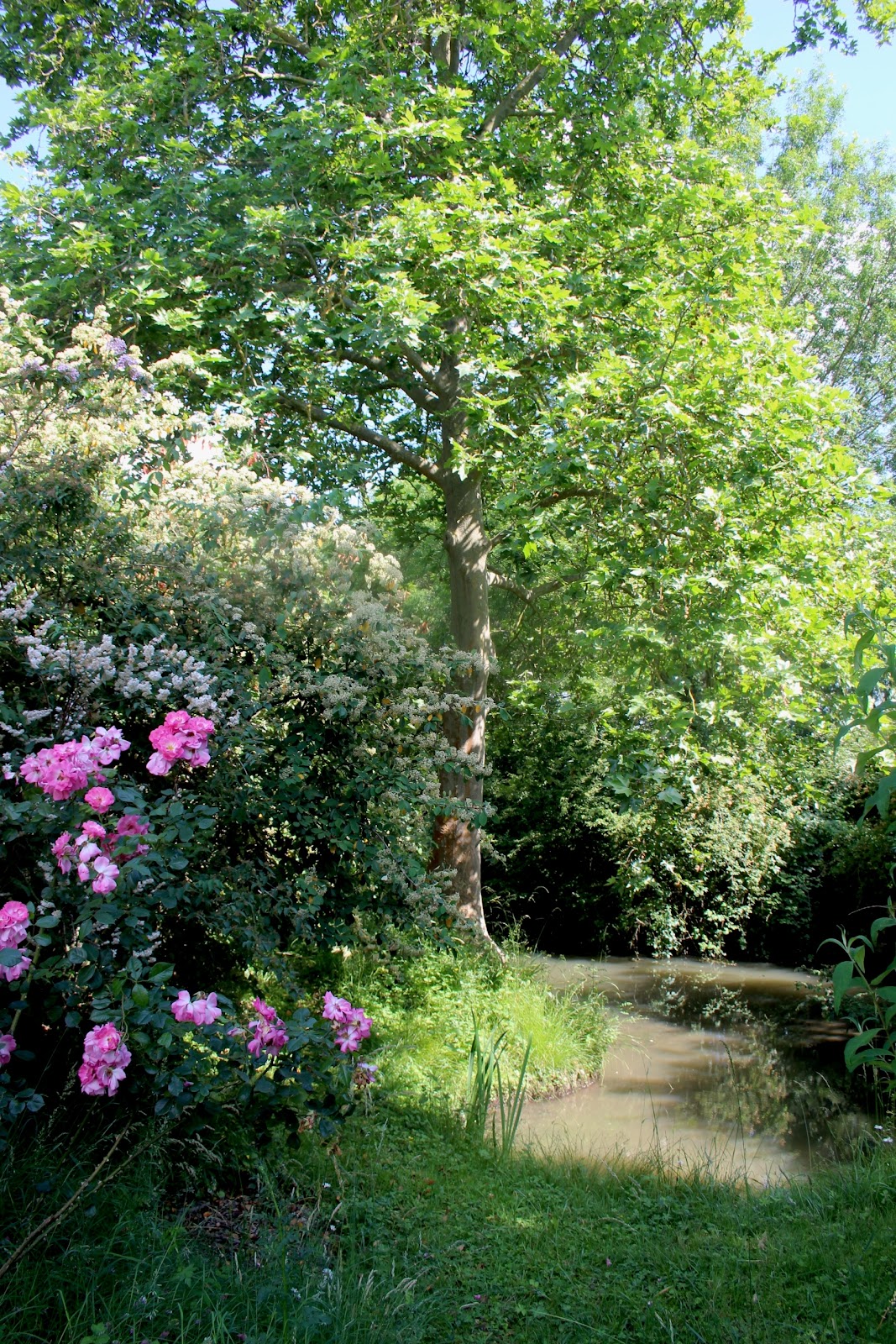 I'd gathered a clutch of dead silver birch branches and gone to look at the wood shed and its depleted stocks of dry kindling. Delving more into the images of soup, socks and breaking ice from the bird baths I'd done more gathering and duly stacked the waiting boxes.

This January morning while sawing up logs for the smaller wood burner, I stopped and did the thought in reverse - watering relentlessly, getting in any nearby river to cool off, sleeping outside, and . . . gathering twigs in preparation for the cold; not high on the summer agenda but if relying on wood for heat, imperative. Nothing worse than fumbling about with a torch for a bit of damp kindling on a freezing morning. 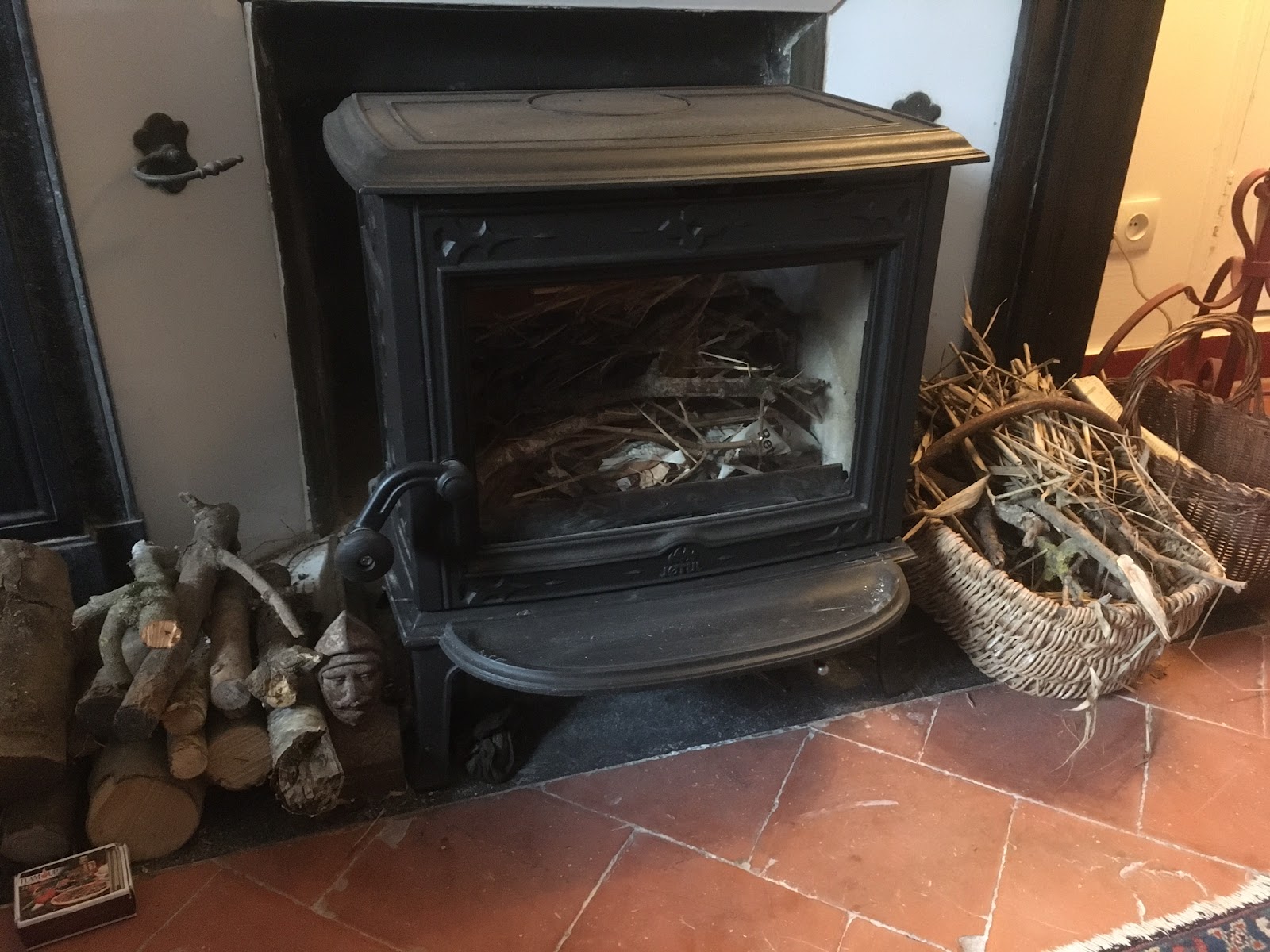 When we found this house and its attached wood on a baking August day, the thought of fires and managing wood was a just a vague idea. I think Mark did say, do you think we can manage all this? I may have said, Yes, course we can, or probably . . . hopefully! Can't recall now, but as we'd already spend ten years or so in another house fuelled by wood it didn't seem impossible. We used to have deliveries of oak and chestnut as everyone did in that region. Here, it's our own ash trees, mixed with a bit of oak, silver birch or anything that's fallen over in the garden. Free fuel as long as we can cut and stock it. This year our helpful occasional gardener seems to have vanished; I'm on the trail of another, or possibly a handy workaway person to help. We just need to keep the system rolling - cut, stock to dry for a year and a half, burn, repeat. We have plenty for next year and some stocked for the year after, but the large branches that could theoretically fall across the train tracks need to be pollarded (étêtage in French), at the least. 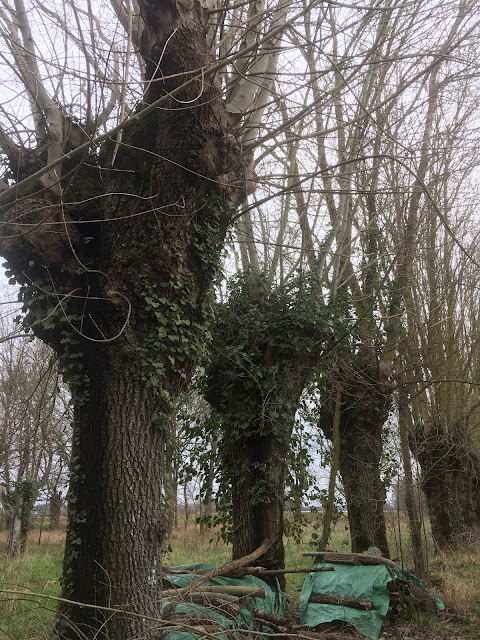 Pollarding is so incredibly sensible, a practice started in the middle ages - a way of creating a sustainable firewood source, making shade, encouraging healthier tree growth, even cattle feed. Our ash trees were all pollarded about seven years ago and need doing again, but, of course its expensive so we are doing it bit by bit, and letting the wood do mostly its own thing - much appreciated by the woodpeckers and owls that inhabit the older trees.

This year, I've become a wood burner nerd - arranging wood in branch sizes in the barn, stocking kindling next to both fires so it drys completely, doing the fire cleaning first thing in the morning - ashes to the chicken sand pit (they like to bathe in it to discourage mites, etc), getting the days wood in, and so on. A minor recycling triumph was cutting the dead reeds from the reed bed and using them as first stage kindling - best ever! 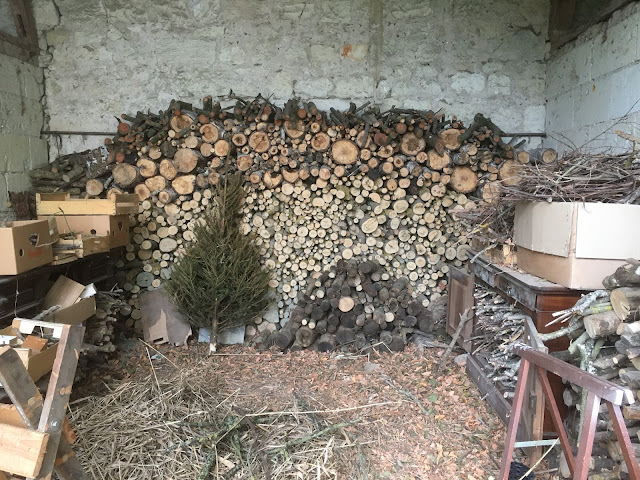 It's all time consuming and dust producing and sometimes muscle aching, but somehow, as the post title suggests, fundamental, and oddly life-affirming in these times of more, faster, easier. Not exciting perhaps, but satisfying. On one of the coldest days recently when more dystopian thoughts ranged around my mind, I did a try out of what could be achieved on the bigger wood stove, the result: drying washing, stew cooked from scratch, dog food and chicken food cooked up, and a pan of water heated inside the stove for tea. 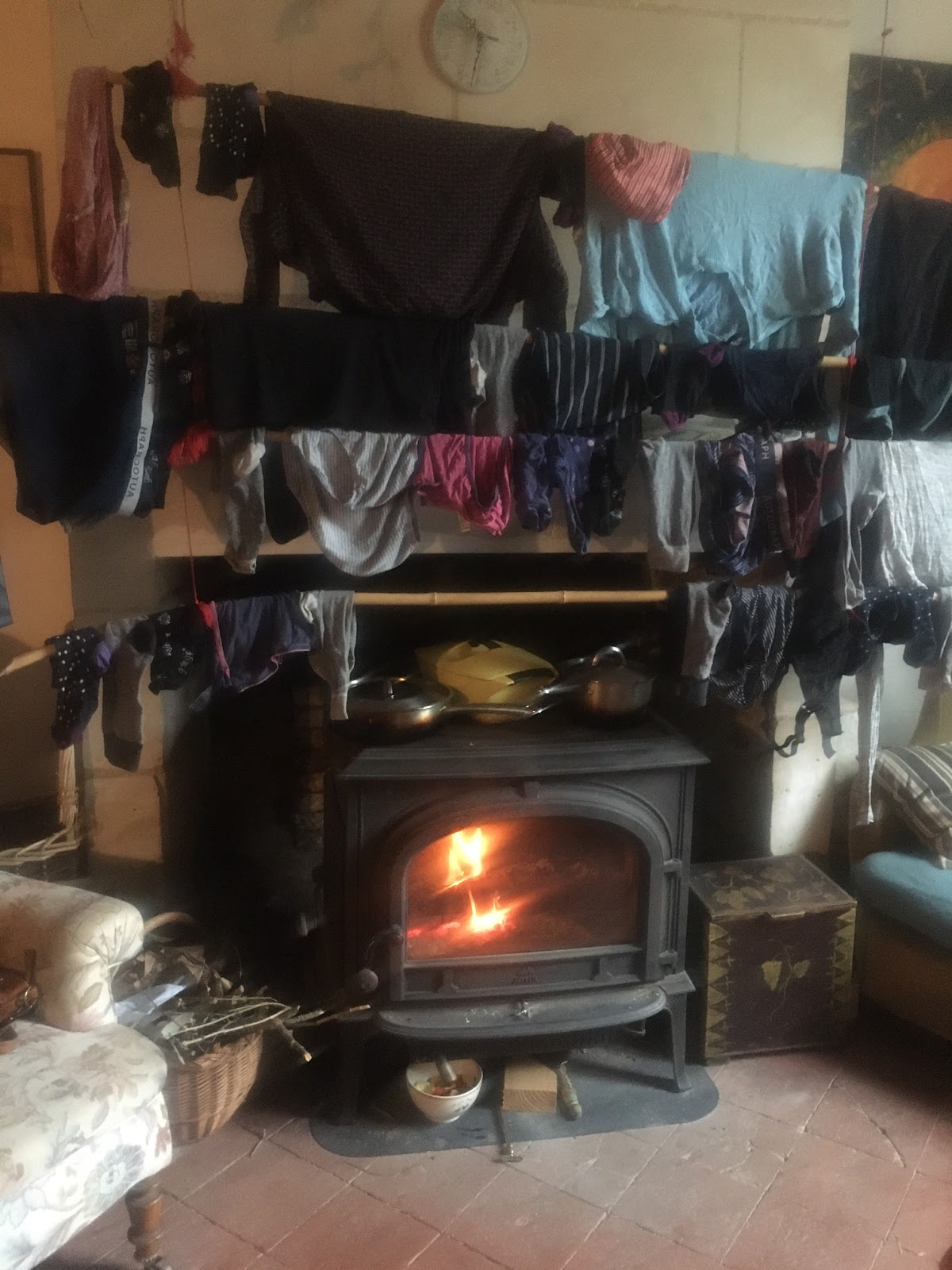 Posted by writing and other stuff at 13:36 No comments:

The Muddy Waters classic,  Got My Mojo Working, which in fact, was first recorded recorded by Ann Cole in 1956.
Posted by writing and other stuff at 13:38 No comments:

Whilst trying to find a certain drawing a couple of days ago I happened upon one of those not-sure-what-to-do-with-all-this piles of stuff and found this photo which zipped me straight back to early childhood and the mad and friendly family Mum used to 'house' me with when she was trying to hold down a teaching job.

There are other photos but this one feels like the real me then and still now - rather chaotic hair, laughing, second hand clothing - I do recall that red coat - plaster adhered to somewhere on my person where I've done a bit too much of something in the garden.

I can't remember the name of my little friend; Sarah, possibly. I hope she may have a copy of the photo too  and sometimes reflect on those days in a north London garden with her playmate. 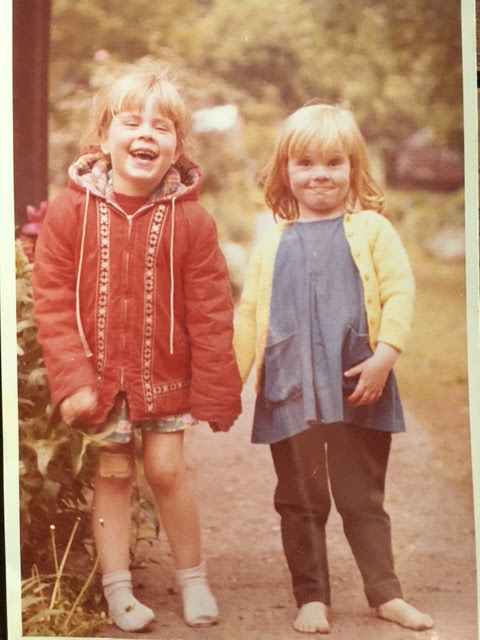 Posted by writing and other stuff at 10:05 No comments:

We hadn't got around to doing any of these recently. Starting again in 2023 with John Grant's Sigourney Weaver.
Posted by writing and other stuff at 09:12 No comments: