I just had to write this down.
Through the WWWeb we can access anything, well not guided-missile routes or The Queen's supper menu for next Wednesday, but most other useless/useful information we care to ask of Monsieur Google.
Our aged 'fosse septique' - personal sewage pit - what the hell is it called - I'll just look it up . . . (opens new window) - septic tank, is proving a tad tricky, or the loo/pipes, whatever . . . so I consulted The Net: How to. Before I could get to 'blocked' I was offered:

Odd that tie-tying comes before losing weight or making money. Kissing seems fairly straight forward, or maybe it isn't at the beginning - I can't remember that far back. Boiling eggs? Is it not sad that this should be the third most asked about topic according to predictive phrase guessing? I suppose most people don't require information on how to roast swan or stuff grasshoppers, eggs being more popular.

Then I added the word empty (septic tank) and got:

A pool
A Catheter bag
A pond
A Septic tank (ah-ha)
A water bed - what a disgusting thought.

Someone once came round and insisted on doing a hoover demo for us despite the fact I said I would never in a billion years buy their ridiculous system that cost about 3,000 euros, anyway, she hoovered our mattress - just a small area then deposited the contents into a small square white piece of cloth. It was unspeakably horrible. Grey, greasy dust - lots of it - skin and stuff . . . Just imagine what would appear in, say, ten-year old fluid from a water bed. Or maybe you have to do it every month. Just picture the water bill. Anyway . . .

Must look up 'how to stop procrastinating'. 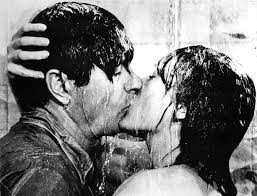 How to kiss and empty a waterbed

While waiting to see a local band we particularly like - Tzigans in Royces - play in Marseillette (small town near Carcassonne) we had a wander around Douzens and Capendu. 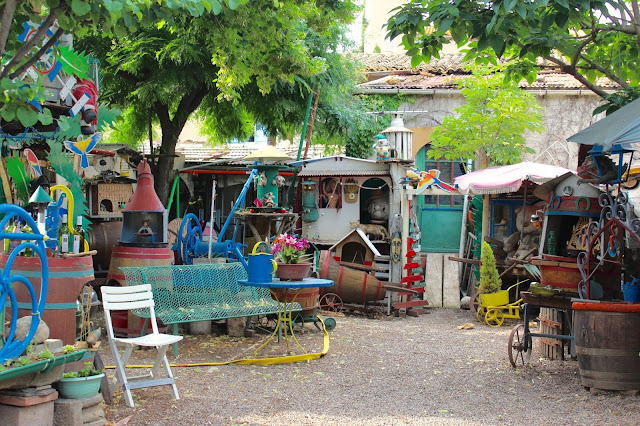 Think this garden was in the former town. Having packed no food we were beginning to wilt and had looked hopefully through the gates as there was a sign saying restaurant - either a joke or something left over from a venture closed many years ago.
As we wandered vaguely, hoping to find at the least, a pizza place (how many are there in the South of France - three million, perhaps: but not in Douzens).
We did find an eatery in Capendu - Pizza, n'est pas, and continued wandering/eating and observing the delights of small overlooked French towns until it was time to see the band. Back at the 'Salle de Peuple' sound checks were happening, sausage sandwiches being consumed and illegal substances clouding the air.
Remembering that Marseillette produces rice (seems unlikely here) we went for a drive to see paddy fields and yak but found nothing except some interesting houses and small canals - a bit like a miniature Camargue. 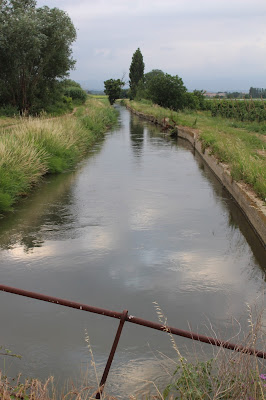 Ezra, having done his own band rehearsal the evening before was almost asleep, and keening to go home. 'They're on at 8.00" I protested as I drove back to the hall. 8.00 came and went and the stage became occupied with a support act in the shape of one man with great hair and a guitar. He proceeded to play along to a backing track for an hour and a half - technically pretty good, but mind-achingly boring/loud. 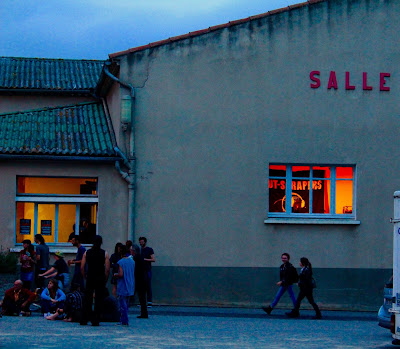 The Tzigans were hanging around outside, readily adorned with their rather fetching makeup, so I went and had a chat while the guitar-shredding continued.
By the time the group got onstage Ezra was 90% asleep so I heard two numbers and drove home feeling peeved and too full of bread (pizza and sandwich).
I might try and go and see them at La Palme. If you read this and live somewhere in this region, they are well worth a trip. 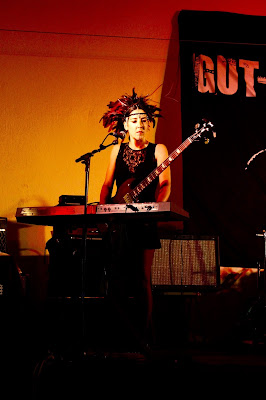 Posted by writing and other stuff at 06:16 No comments:

Ooo, those thudding baselines, twanging guitars, Beachboy-esque voices, pounding piano chords and euphoric chorusing. The Djangos do it again with manic enthusiasm that travels up the wires to release happiness into your front room.

While typing in (without glasses) the name of a mansion up in the hills where I am going to do a spot of Silver Service this eve, I ended up with a link to Niagara weddings company, or similar - (meringue-clad, orange women clutching obscenely large bouquets of lilies in front of waterfalls, etc) then happened to note some side link to photographs of accidents-about-to-happen. Having now completely forgotten what my original computer mission was I sallied forth into a whole other sector of probably useless but amusing images. 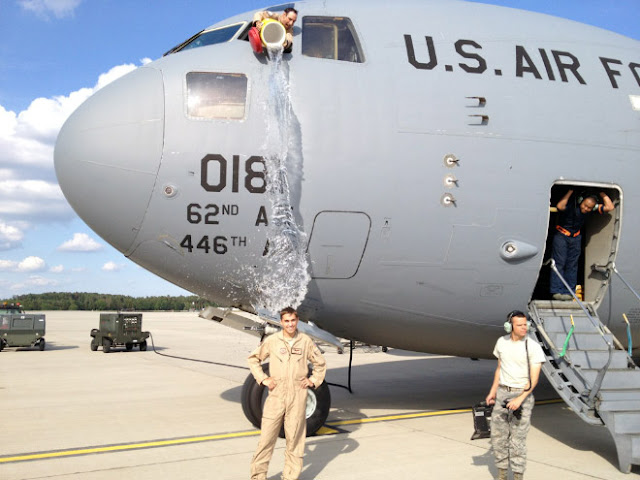 Posted by writing and other stuff at 00:48 No comments:

Songs of Life No 6


I couldn't find a youtube film but actually I think this song is best listened to with eyes shut, preferably lying down, and letting the past - good and bad - sloosh around in your mind.
I had left London at this point in my life, and hurled myself into the unknown: big relationship mess- up, new work in a Midlands city, and had abandoned my London flat for a room with a view of an unloved scrap of land in a shared house that smelt of old fags and too many fry-ups.
After dragging my few possessions up to the second floor, I had painted the room black and installed my wardrobe-sized Wharfdale speakers. Many hours passed in a not-unpleasant sort of grey melancholia while the rain slanted on my window; hours spent figuring out this new life and vaguely analysing what had happened in the last few weeks.
I'd played to a pulp, all the other The The albums, and this one, bought just before I left, seemed to be strangely akin to what I was feeling; in particular this track. Great heart-felt lyrics; wonderful choice of instruments, particularly the bass (I think) clarinet; distant piano teemed with echoing, distant human howls and scuffling snare drum.
My skin still raises its goosebumps on hearing those first few words.
Posted by writing and other stuff at 00:35 No comments:

There are many for me: Hampstead Heath ponds, in fact, a lot of London in general; Cerbère, a particular stone bench in a tiny hamlet called Aspro in Crete, from which you can see the mountains and the sea, Pamphill in Dorset, the lanes of Wirksworth in Derbyshire; Canford Cliffs, the woolly hills across from where we live, our garden, and amongst many other places - Wingreen, in Dorset.
This small wedge of beech trees atop a rounded hill of grass and wild flowers kept cropped by sheep is an oddly magical place to me, and probably to others. Odd, as in there isn't a great deal there - rabbits, rabbit droppings, cowslips in the spring, and, nearly always, larks singing that odd twizzling little song as they rise into the sky (which always seems blue in my mind's eye - a remembered/possibly imagined, blue of my childhood days).
We, (Mum and I), would make a pilgrimage there fairly often to walk, picnic and just sit looking at the vastness of clouds and the smallness of the distant ridge where, somewhere, if you had super binoculars, you would be able to make out the stile at the end of her road. 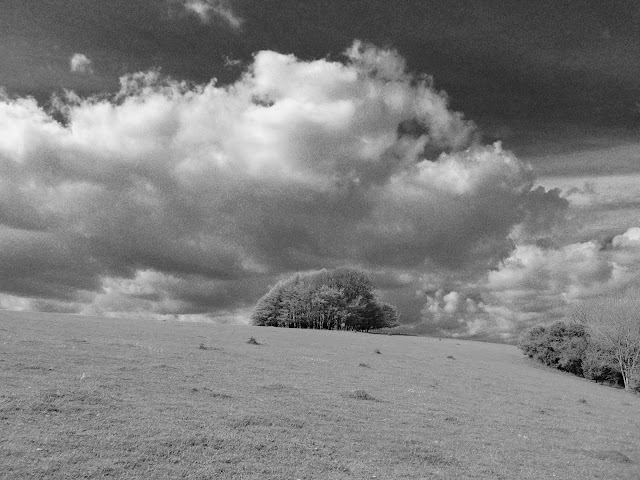 Posted by writing and other stuff at 12:58 No comments:

By way of a small personal celebration of reaching the 50th building I have chosen one of my favourite edifices: The Belvedere de Rayon Verte.
Started in around 1920 this incredible concrete structure follows the curve of the railway in Cerbère (small southern French coastal town that I have frequently gone on about on this blog). One of the first concrete buildings in France it was designed and used as a hotel in the 20s and 30s as at that time travelling from France to Spain (and probably vice-versa) involved several days of paper/passports checking etc.
Now, although rather crumbling, it is still a breathtaking structure on the Cerbèrian skyline, and is slowly being restored to its former brilliance, although I don't know if they will reinstate the tennis courts on the roof . . .
The most important highlight of the year for the Belvedere these days is the excellent art film festival held in early October for a week - link below. Visitors can watch films in the elegant 1920s cinema, eat in the pretty much untouched dining room and stay in one of the rooms on the top floor to be lulled to sleep by the rumbling trains and the singing railings of Cerbère. 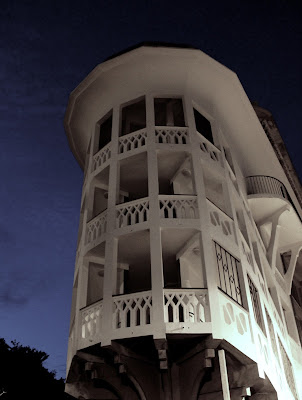 While waiting for a train in Perpignan I did a spot of wandering and looking at people's houses/gardens - a favourite pastime. There are some magnificent 1910/20s houses near the station and in the garden of one of them I noticed, while looking up at some particularly lovely brick air vents, this beautiful and ultra-symetrical pine tree. I say pine, it's probably something quite exotic but just look at the snowflake-like shape of the upper branches, and that little bit of new growth right at the top; almost something from a cartoon, furry and perfect, saluting the late afternoon sky. 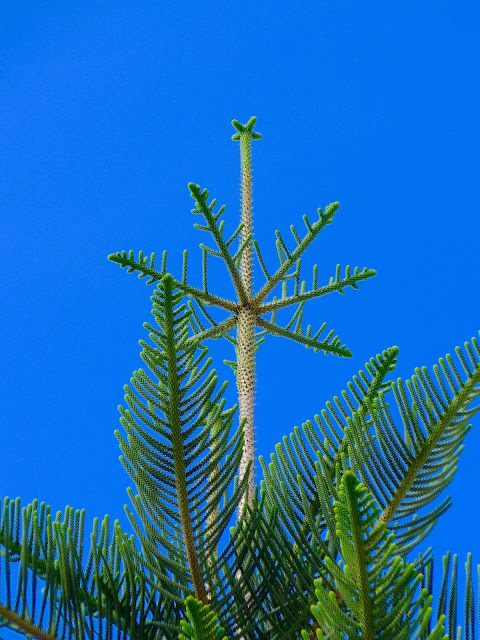 Posted by writing and other stuff at 04:46 No comments:

that the world is a mad and dangerous place. 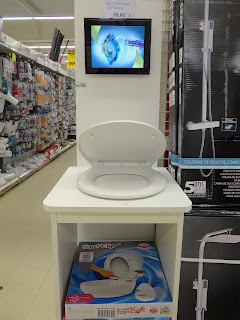 On a trip to our local DIY shed a few days ago to buy a plank, I stopped in amazement at a display topped by a gabbling televisual advert for an incrementally-descending loo lid.
Yes, folks, it is true! There is an end to all that terrible worry and domestic noise pollution caused by the clack of plastic against plastic, or wood against wood if you have a posh lav. . .
For years I have felt troubled by this, disturbed you might say, even avoiding the toilet altogether and peeing in the garden so not to be plagued by this awful, house-vibrating sound . . . finally a solution! Praise the Lord of all invention!
But really. Who would buy such a thing for nearly forty euros? Quite a few people apparently if the diminished pile was anything to go by.
What could you buy with forty euros? Let me see . . . toilet paper to last for a year (if you are a little puritan with it - which one should be), lunch out for two, a good donation to Oxfam; the entire box set of Spiral (fantastic) a mahogany loo seat with gold hinges, a night in a sordid motel with your lover, a new shirt, a hairdo, a massage/reflexology/shrink session, a tree, or even two trees depending on the age of it/them, a budgie, a vast chocolate cake and a bottle of fizz and invite a load of people round for tea . . . or you could buy a plastic widget that will make your loo lid become silent.
I don't think anyone in our house ever puts the lid down anyway. Are we bad people?
Posted by writing and other stuff at 05:59 No comments: