Holding back a green tide

It sometimes feels like that, our garden; keeping stuff at bay enough that us humans can create space to move around within the vegetation. But we did comprehend (vaguely) how much work it would be on viewing the house on a roasting August day in 2020 . . . no, we probably didn't but, well, what's the odd challenge in life? Apparently, according to the estate agent, after the offer had been accepted, several French viewers had stared like frightened rabbits at the sheer enormity of it all and had politely declined, presumably moving on to purchase somewhat tamer properties. 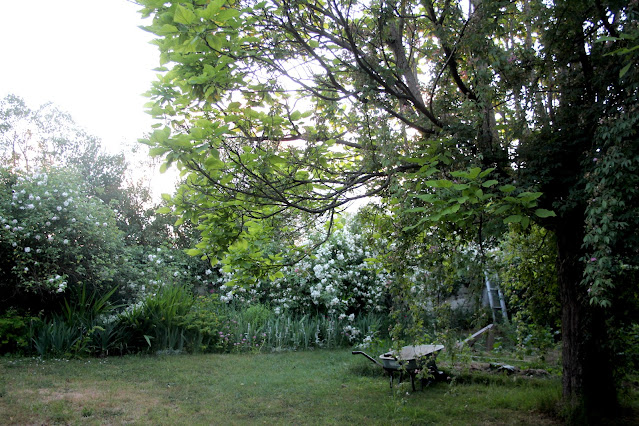 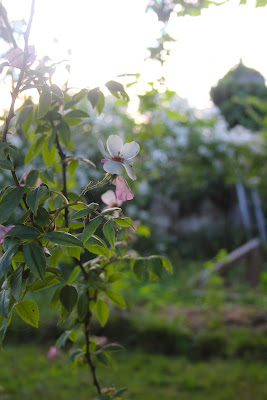 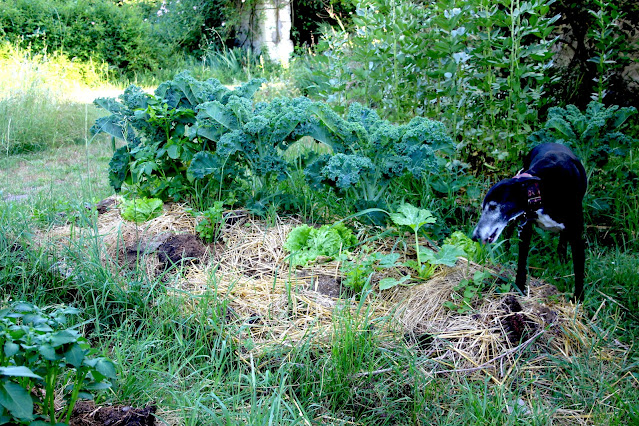 So here we are, guardians of a patch of the Earth's crust, and over the months since the house purchase it has felt increasingly like that as the changing climate becomes more and more obvious, highlighted by unusual weather patterns, less rain, earlier heat, vegetable growers noticing less pollinators, etc. I've started observing the rampaging vegetation now as a sometimes tiring but wonderful thing, our bit of land as a safety zone for our fellow earth dwellers; a sort of payback for our own albeit smallish (hopefully) contribution to the climate state. Not everyone regards their garden thus; a friend of ours on viewing our wilderness, nodded, eyebrow lifted a little and announced that she also likes biodiversity and has devoted two whole square meters to it within their own half hectare. 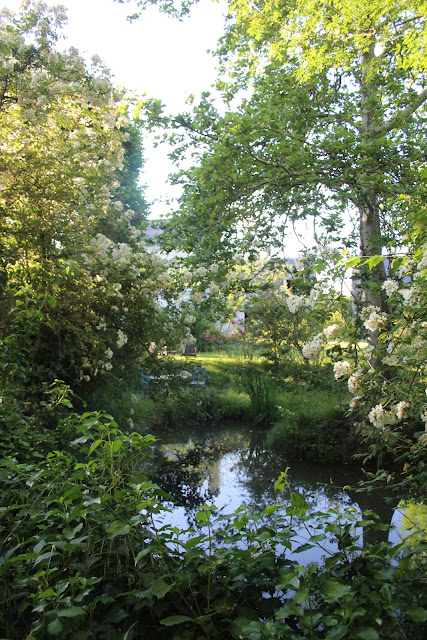 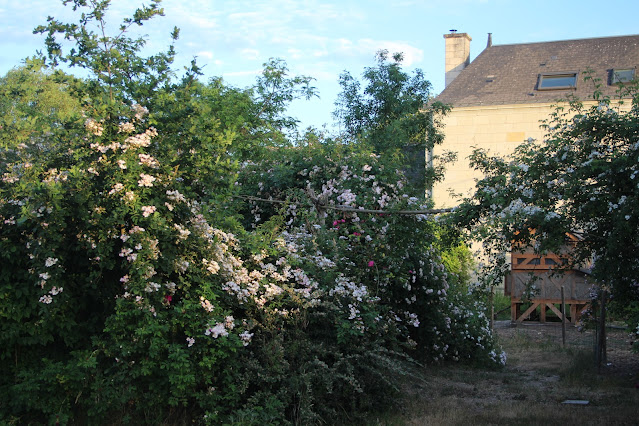 We received a leaflet a couple of months ago from a biodiversity organisation on how to adapt ones garden for climate change. I rang them back and said that we were doing okay but maybe they would like to glance at the surrounding 'farmer's' very successful attempt at soil destruction, hedge crushing, etc.

An enthusiastic man appeared a few days later, did the tour of our land, agreed we were doing all the right things apart from a bit more water capture, but then added that too much might upset the building's foundations so we're undecided on that suggestion... Re the farmer next-door, a Gallic shrug was the response and a following assurance that the messages of climate disaster were gradually filtering through the farming community. I hope so, as most of the fields appear devoid of any life and the local strawberry producer has been importing boxes of bees into his poly tunnels in order for the fruit to be pollinated.

The man rang back a week later and asked if we and more importantly our land would host a group of people interested in making changes to their own gardens. I agreed, the date set for next weekend, and will now sally forth, ultra-mulch everything, weed enough that folk can wander, and maybe pot up a few baby trees that have appeared in what we consider to not be in the right places to pass on to the potential re-wilders.

We had a delightful couple of Dutch B and B guests stay recently who were avid birders and observers of insect life. The reports of what they found in our compound were proof that leaving things alone as much as possible is the direction to head in.

The birds they mentioned and most of which I have noted too: Red and green woodpeckers, black caps, jays, hoopoes, blackbirds, thrushes, wrens, three kinds of tit, kingfishers, bullfinches, goldfinches, herons, egrets, magpies, redwings, wagtails, golden orioles, cuckoos, lapwings, tree creepers; something they only knew the name of in Dutch but got very excited about, and of course, many, many sparrows- currently nesting in the roof insulation as we attempt to finish the roof space in the gîte . . . 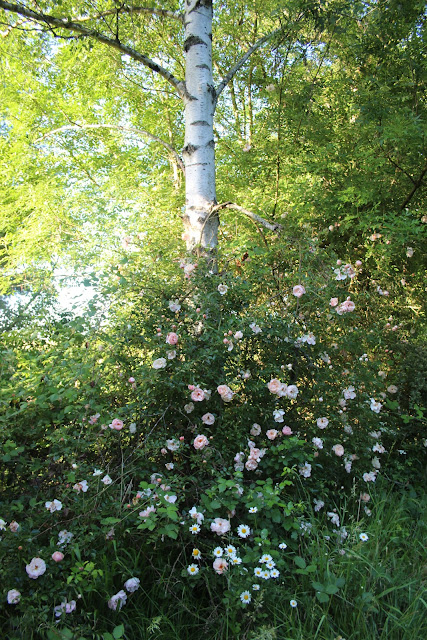 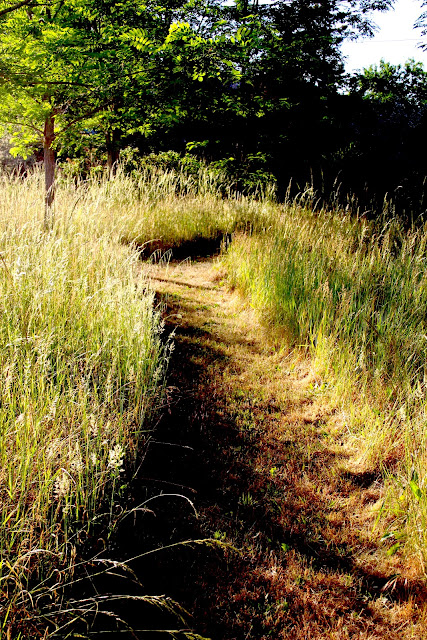 As for the insect population, I think even on our piece of nature-friendly land there are less bees and other insects than even last year. On our veg-buying visit to our organic vegetable farmer friend half a mile away, he gestured towards the large rapeseed fields that border some of his land and said that the bees hasten there in spring when the flowers come out and are then poisoned by the crop spray. He's left his own cabbage and Brussel sprout plants to seed so that there will at least be some uncontaminated brassica flowers but it is a small drop in an ocean of dead-zone soil.

However, on a positive note: insects I have observed:

School subject highest on any list, I reckon. Forget economics and Maths beyond a certain level and start re-wilding/gardening/wildlife observation/making the most of a balcony, window box, shared flat's garden; in short, enthusing kids rather than just scaring the life out of them re the fast encroaching changes on our only home - despite what Mr Musk says. 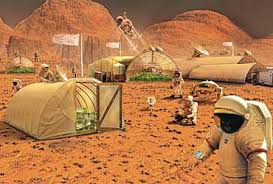 Posted by writing and other stuff at 08:31 No comments: