It's four weeks to the day since we uprooted ourselves from the Aude in Southern France to re-root ourselves in the Loire valley. Normally, a month in the old life would have probably zipped past relatively un-noticed but four weeks in a new life, new place, new garden, neighbours, acquaintances, towns, weather, builders, accents, food, and so on has been a journey of exploration even down to the tiniest of details such as having one of those 'grindy' loos, finding a snake in the house and cooking on the most ancient of electric cookers, ever. 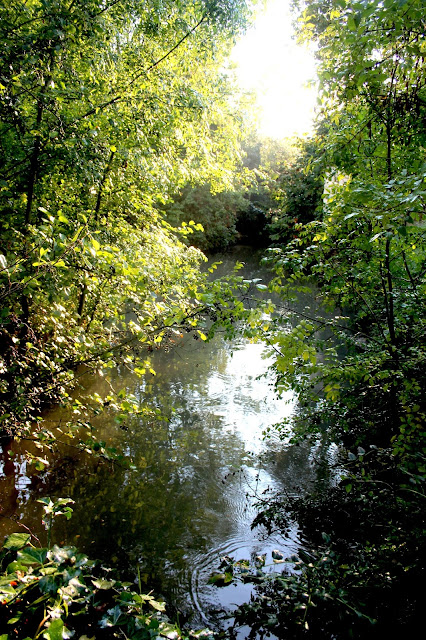 Part of the new garden

It's odd how all the memories of the house we left behind are beginning to fade even just after a few weeks. Mark asked me yesterday, when we were planning kitchen ideas, if the other kitchen had a double or single sink. I had no idea. I must have stood at it a million times washing up and peeling veg but it was now just a white unclear object in my mind. I can still hear the certain creaks of cupboard doors, the crunch of gravel from the driveway or the sound of the piano being practiced in the back room but now the creaks are different, the gravel has mostly given way to silent padding over grass sounds, and the piano is more evident - now placed in the front room which is much better. A piano should be played and heard not sometimes visited at the back of the house. 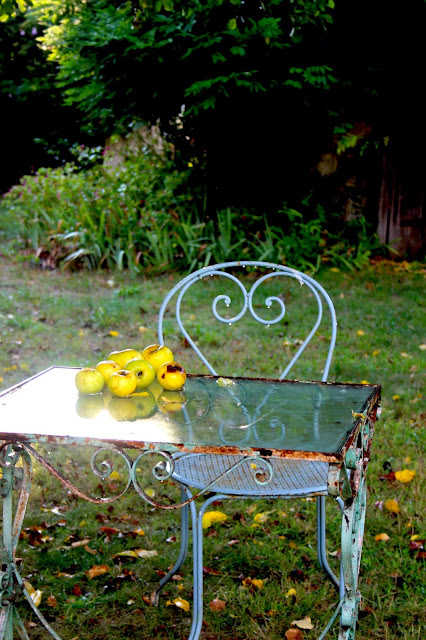 The days have passed with a certain pattern in place: dog walks, and they are good ones - long, pacing over fields, down empty roads, through woods; unpacking and organising our belongings, showing builders around, exploring a little - not too far yet as there has been too much to do; talking to new friends, and old friends on the phone; getting back into our respective work and getting to know our rather extensive patch of land and all the nature it contains. The bird population within its hedges is very healthy, helped by the previous owner's clever planting of insect-encouraging plants; I've so far seen two pairs of green woodpeckers, a lesser spotted woodpecker (I think) wrens, jays, a kingfisher, many different species of finch, tits, blackbirds, and other birds I must learn the names of - especially in French. 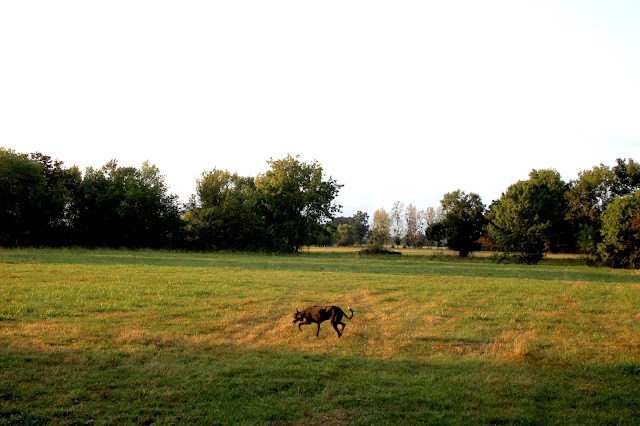 One of the very wonderful things about this area is the abundance of local, often organic, fruit and veg. Within a short bike ride /walk there are four places to choose from, our nearest being Jean-Paul's place, a few fields completely stuffed with the most incredible produce. Having got to know him a little, he kindly came to look at our place and work out the best place for veg-growing would be, etc. We had tea and his strawberries and learned more about the area, the changing climate, the markets he sells at and how to grow things successfully in a very sandy soil.

This morning I went up and worked in his fields for the pleasure of learning something new and to glean a bit of info for the part of the book I'm currently writing. I was given the task of picking and making up bunches of coriander and parsley - much easier than last week's tough-on-the hands and skilful radish picking and bunching. I cycled back with a slightly complaining back and a gift of newly-picked carrots and herbs. 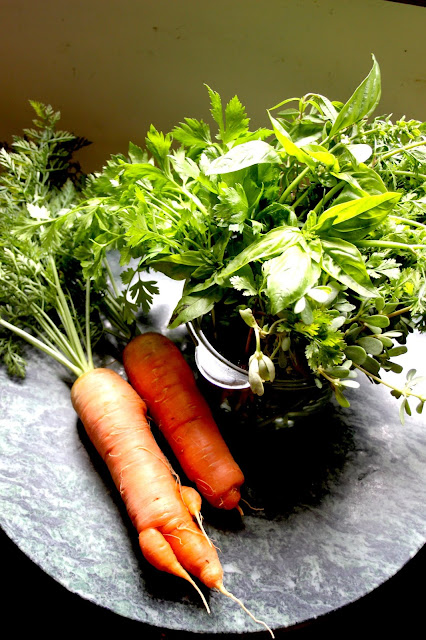 Small gestures to save the planet

Very small, but if we all stopped going to Ikea et al, a few million acres of forest could be saved and landfill seriously slowed down...

The area we have recently moved to is blessed with a fantastic Emmaüs (recycling center par excellence providing jobs, giving people with a small budget the ability to buy pretty much anything, and fighting against wastage.) France doesn't have many high street charity shops - in fact none that I've seen but most big towns have an Emmaüs and/or a similar organisation.

On this trip I arrived ten minutes early and queued with about twenty other people (all wearing masks and chatting happily about what they were looking for). The doors opened, we were welcomed graciously and shown the way in via the hand gel area. There must be about thirty people, paid and volunteering working in that one shop and everyone I came across was helpful and friendly. I shall be back, at least once a week!

So, the findings... a tall thin cupboard with two drawers which we have taken the doors off (to use in kitchen renovation) and used as the office storage place; a lovely old fish kettle to use as a bread bin ( baguettes fit in perfectly); a 60s boat-themed table for the printer, a 30s bed-side table for a bathroom cupboard, an ancient wooden trolley which must have been part of a child's pull-along toy for a TV stand, lots of jam kilner jars, and an unused wicker shopping basket, all for under forty euros. 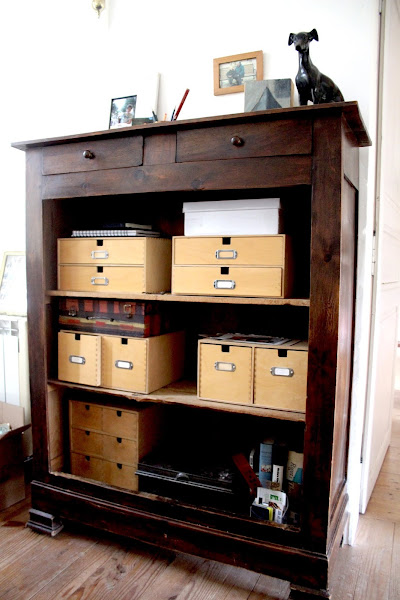 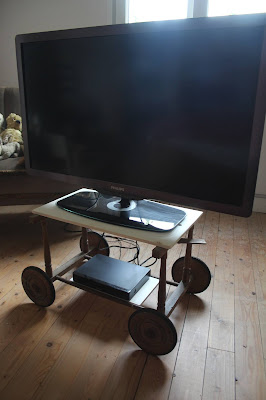 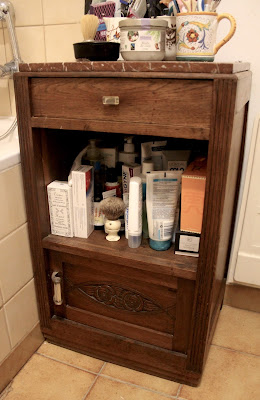 Yesterday we experienced once again the usefulness of Le Bon Coin - a site rather like Gumtree on which, again, you can find just about anything secondhand. I'd been scouring the site like a total addict (which I am) for a few days looking for an old dresser to put in our very old kitchen. After giving up on one which was owned by a particularly uninterested seller - never available for us to collect - I found a really unusual piece needing a bit of TLC but a very good price. We went to see it, said yes and the much more motivated seller said they would deliver it for us the next day. It is, as he said, VERY heavy, solid oak and hand carved by someone a very long time ago - I'm still trying to identify anything like it to hazard the age of it. They duly turned up and after a lot of struggling and sweating it's now happily installed in the kitchen as if it's always been there and always will be there, unlike something made of ply and plastic... 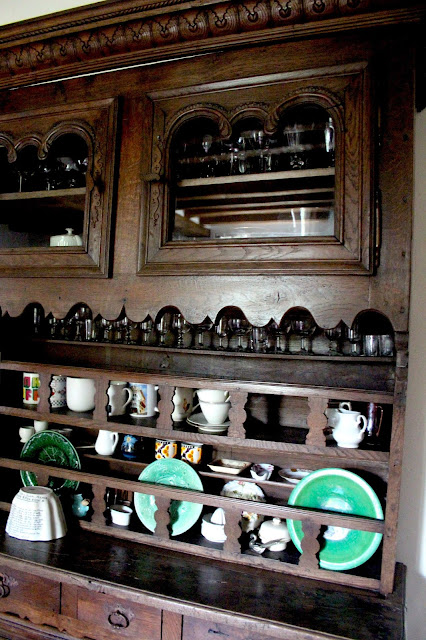 Postcards from a new patch of the Earth

New to us anyway.

Yesterday's dog walks revealed baby deer (moved to fast to be photographed) pumpkins in abundance, poplar forests and quiet, leafy bike lanes to be explored - when I have a decent bike... 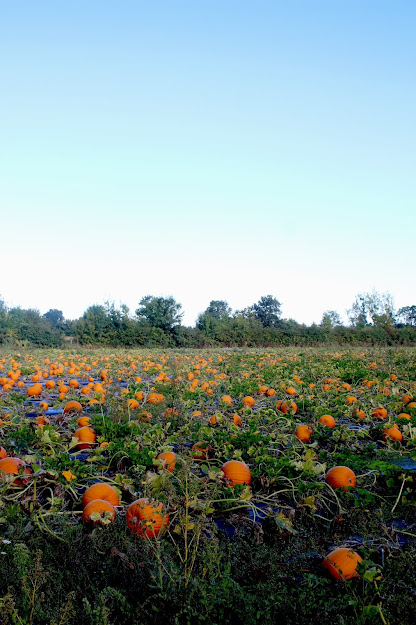 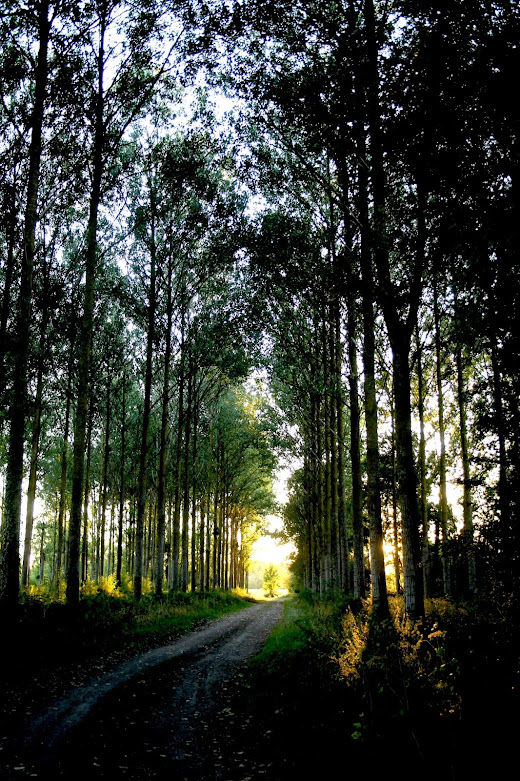 Bali, our younger greyhound (above and below) has discovered the joy of lying about on warm grass as well as sofas, although the older lady, Gala, still prefers the latter. 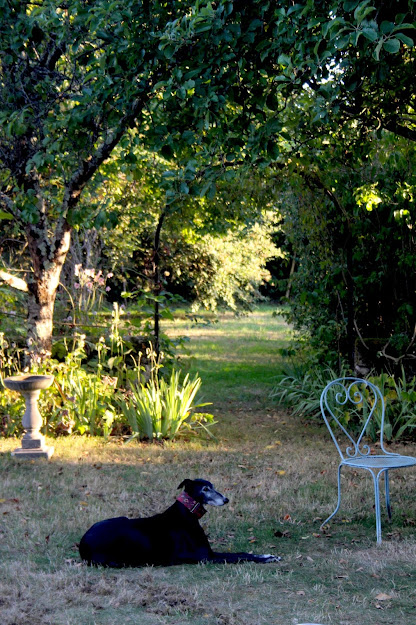 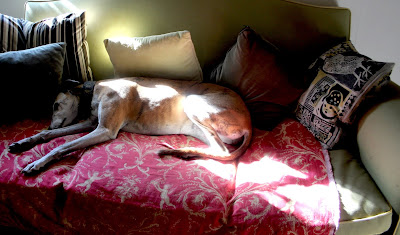 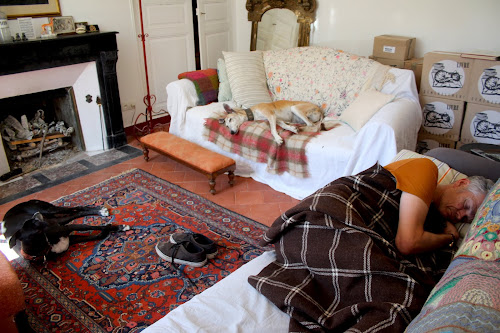 Dogs and husband after a long dog walk
Today we explored the small towns immediately opposite our patch; two of which are classed as 'plus beaux villages de France. And they are: very beautiful, full of pretty streets, roses climbing the pale stone buildings and wine caves/boutiques. People we have met here so far have informed us that our side - Rive Droit, is where the peasants live, the the Rive Gauche is the haunt of the bourgeoise, and apparently it's always been like that. I am of firm peasant stock - gardeners and servants for the well-to-do, so the Right Side suits me well, but it was fascinating to nip over the river and suddenly be in Chelsea-by-the-Sea, or similar. We happened upon the excellent 'flea market' that is held in Montsoreau every other Sunday, along with an excellent food market. It was up-market brocante prices but not madly so, and we managed to buy a couple of things for the new abode without feeling guilty. 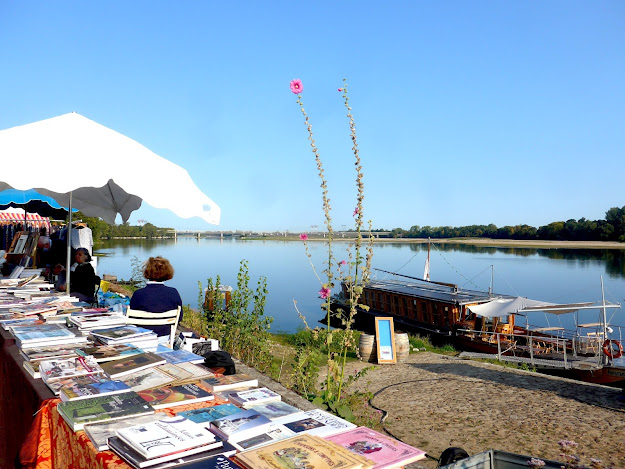 A bookseller at the brocante.

Posted by writing and other stuff at 05:28 No comments:

In our new (old) house we have been inspired to use even less plastic than before. We need a washing basket as the old one finally died before the move but I can't bring myself to buy another huge chunk of plastic with holes in it which will break within a few months. Yesterday while exploring the magnificent town of Chinon we came across an excellent Emmaüs (recycling emporium par excellence) and there were a whole stack of them, a euro each, but I'd run out of cash - will return.

The cash was spent in the same place on cushions and a magnificent white tureen which has become the new dog food bowl - the old one went the same way as the washing basket. Why not have a mad china vessel that cost two euros in which to house ones dog repas? After all it does go rather well with this particular race of dog... 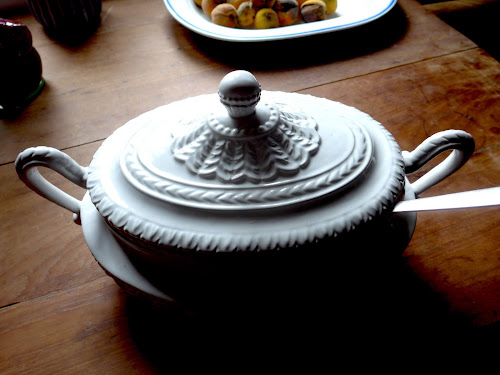 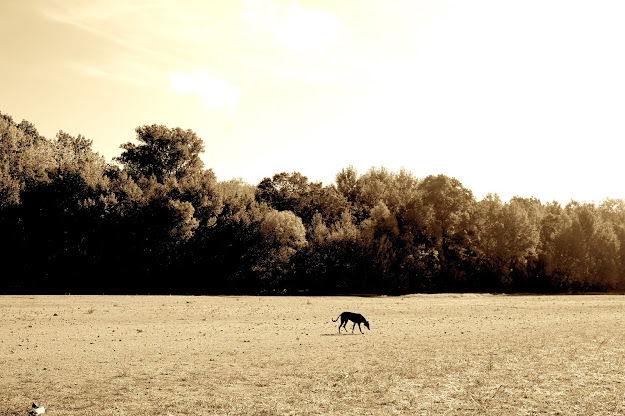 Posted by writing and other stuff at 04:15 No comments: 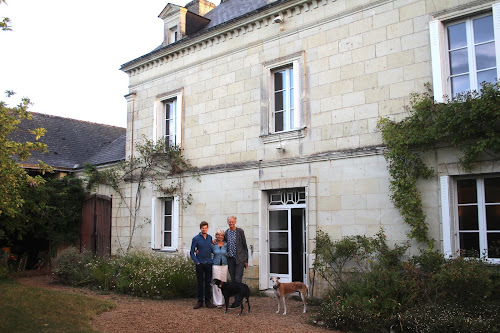 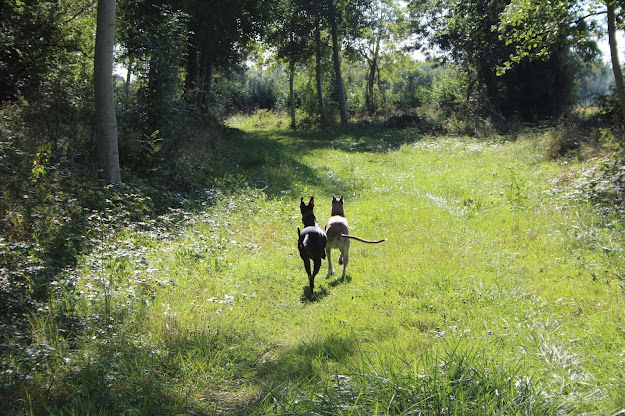 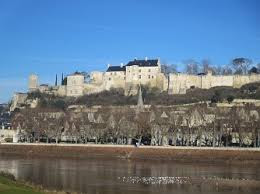 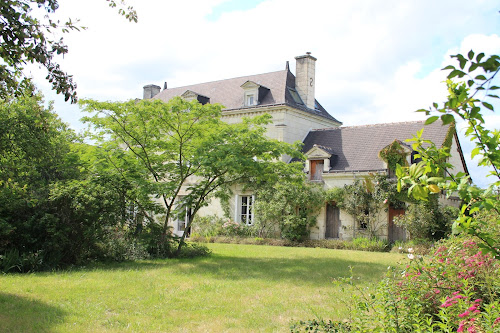 Posted by writing and other stuff at 21:58 No comments: