I needed a break from the building works and general life stuff and booked the cheapest titchy air B and B on the peninsular of a bit of west costal France. Deciding against the car I took a train - or rather three trains from our local station to Le Croisic.

Arriving in a gale with horizontal drizzle I had started to wonder if I should have stayed at home snuggled up in front of the fire chain-drinking tea but I strode out and took in the sights of this small, drenched Breton town. The gale became more pronounced (tempete Diego) so I retreated to my studio room, ate a tin of cassoulet and watched the most appalling French program called Mask Singer in which a has-been celeb is encased in a disguise, in this case a glittery ladybird costume, and the panel of other celebs have to guess who it is. This all punctuated by never ending strings of ads for cheese, double glazing, skin care products, holidays, etc, etc.  We haven't had TV for a while and I was totally shocked at how much worse it has become, or at least that channel. Or, I may have fallen asleep and dreamt it all. 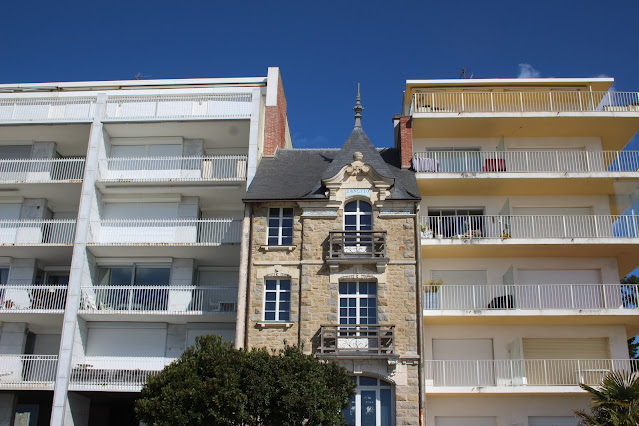 The next day blossomed into clear sky, no wind, and sun. I took a train to a bigger town along the coast - La Baule Escoublac, intrigued by the name, and alighted into somewhere not unlike ultra-fashionable Arcachon, stuffed with expensive boutiques, people dressed in Gucci puffa jackets walking tiny dogs, and stunning architecture - from the 20s when seasiding became the new thing to do for the wealthy classes. I mingled in the crowds feeling a little out of place in my Emmaus parker and walking boots, drank tea overlooking the magnificent sandy bay and then walked - a very long way. Really long. Not having the car was quite a revelation - I'll just walk over to that tip of the coast, then just cross overland to the other side. It was surprisingly easy, my feet responding well to the unusual pacing with no stopping for the dog to sniff at unspeakable things. I did miss the dog however, and to be fair, I did miss my exploring companions - Mark and or Ezra - to be able to share sights, sounds and tea stops; but it was also so good to walk alone; to not plan, to backtrack and take deviations without consulting the other person - or dog. 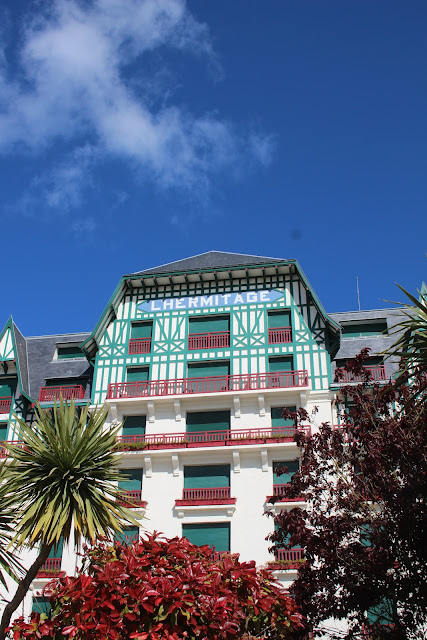 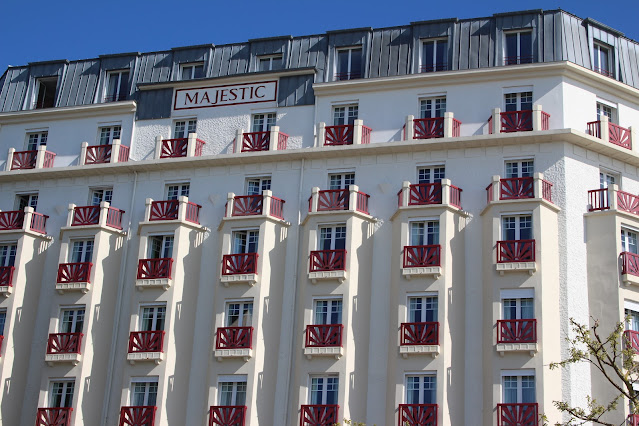 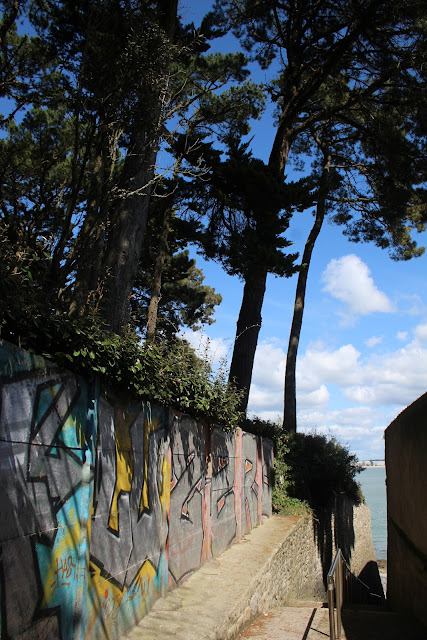 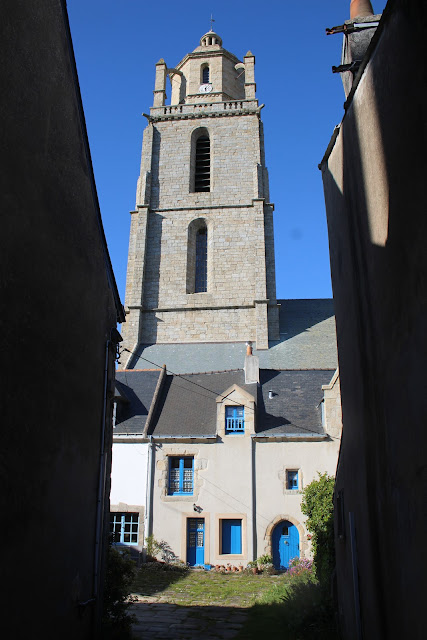 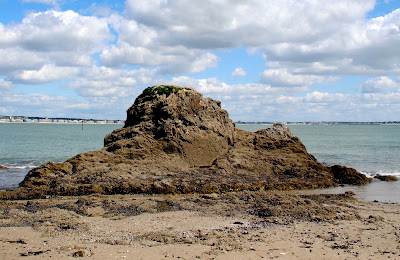 Walking, is of course one of the best was to really be in the present, especially alone. Utter relaxation for the mind. No thinking about what I should have done or should be tackling; just observation of everything; listening: gulls, conversations, breeze in the pine trees. No thoughts other than what I might eat later, not even that.

After about twenty five kilometres I got back to my lodgings, bathed my shocked feet and then went out to eat a large supper, including a huge caramel pancake which I later regretted at about two in the morning. I was  the most incredible day and I feel very much as if I am still there pacing the sand, mind empty other than the pleasure of that moment. 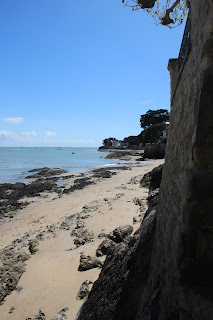 Posted by writing and other stuff at 16:08 No comments: