After an... odd year, we were lucky enough to experience a relaxed and rather wonderful Christmas day: dog walks with beautiful winter tree silhouettes, wonderful presents, open fires, planting new weeping willow tree, nut roast, local fizzy wine, and most of all being together as a family and able to spend time with friend, Andrew.

A very happy Christmas to my blog-readers, and all best wishes for a less... odd 2021. 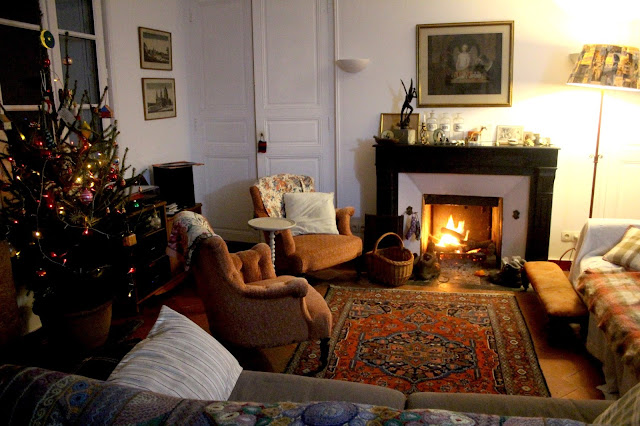 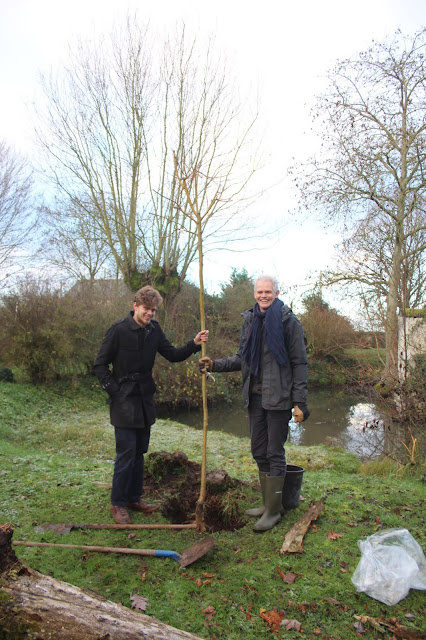 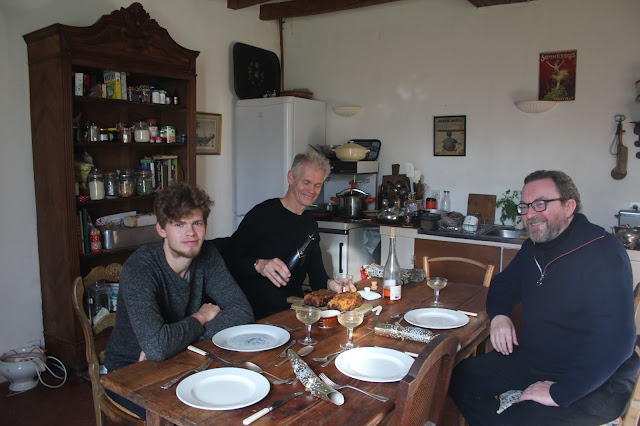 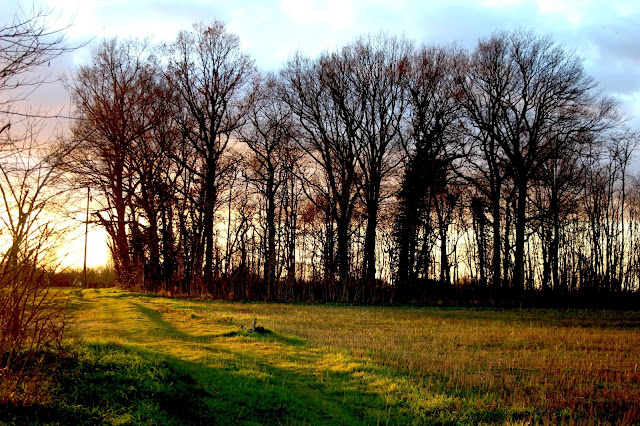 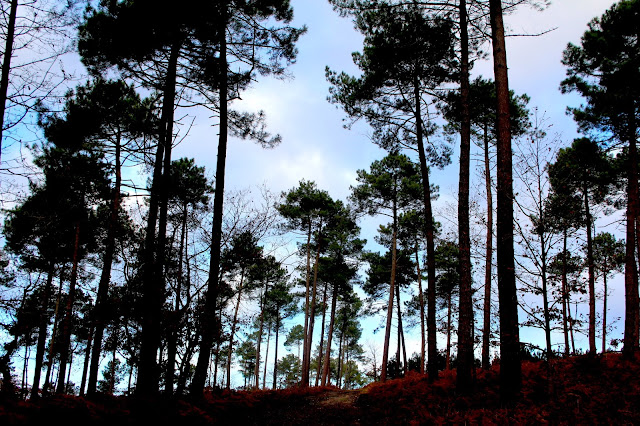 Posted by writing and other stuff at 12:52 No comments:

There is no hope

Well, hopefully there is hope, a bit anyway but at moments like this - when I went in to a hypermarket earlier mainly to use their loo - one does despair. A glass of freezing coke from a frosted bottle on a boiling day is a treat I indulge in maybe three times a year, knowing that my teeth and in fact the rest of me will thank me for not washing down the thirty-nine grams of sugar contained in the mysterious brown liquid more frequently than that.

But that's just part of it. No one needs to drink coke, or any other soda. Look at the sheer enormity of the plastic used to fill just one supermarket's allotted coke aisle. A massive aisle of it! Just this one product. Plastic bottles, plastic packaging, sugar, colouring, caffeine, landfill. Ignore the science. Ignore the warnings. Just keep raking in the money.

Rant over. I'm going to sit down with a book and a lovely glass of tap water. 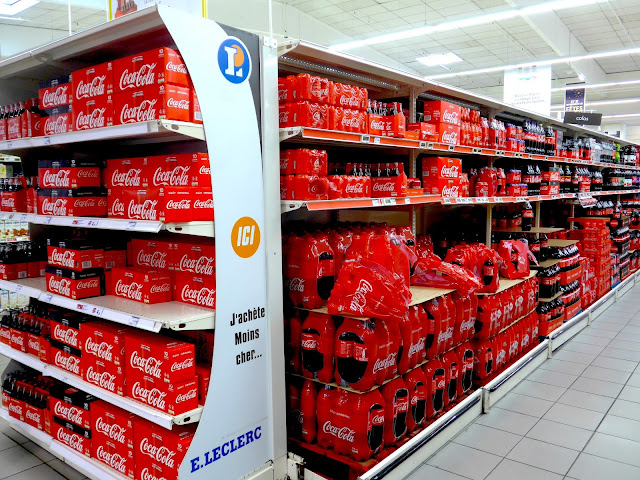 Posted by writing and other stuff at 12:31 No comments:

As stated by Wiki, an animal that has the ability to survive on plant and animal matter. And there are of course many sub-categories such as Frugivores - maned wolf and orangutans to name two; Frugivores favour fruit but can eat meat. Being omnivorous (from Latin - all, and vorare - to eat or devour) gives the omnivore more food security in stressful times and or makes living possible in less consistant environments. The page was massively longer and in depth than these couple of sentences but in the light of a Guardian article yesterday on the growth of lab-produced meat I just wanted to re-check the definition of what us humans are categorised as.

Lab-grown meat. Hmm. Somehow, I find this idea and practice deeply worrying and repulsive. In one way it could be a way of ceasing to breed and kill animals to slake our meat-hunger, but the fact that the process requires the use of 'bovine serum' - blood taken from calf foetuses - doesn't really remove the finished products from the usual meat-producing system. Also, according to the article's writer the 'meat' she was served up tasted like bland chicken nugget flesh, so that cuts out all restaurant dishes other than KFC etc. It's all getting a little to close to Soylent Green for my liking. What about just eating lentils, rice and heaps of vegetables? or, if in our case, mostly that with an occasional roast chicken or mackerel dish for a bit of extra protein.

Certainly where we live in France people would be pushing the vegetables around their plate hunting for the meat, and I have a friend who's husband insists on meat at EVERY meal, even breakfast. At Ezra's old school I picked up a pamphlet that stated being a vegetarian was dangerous for children. Vegetarianism is regarded as a sort of affliction here, the couple of specialist restaurants I've been in serving up dull, tepid, flavourless concoctions as if it serves you right for being a weedy vegetable-eater.

Something has to change, that's for sure, in regard to our health and the future of this maligned planet but adding more complex, planet-damaging and fuel-costly industrial processes to food production seems a very wrong direction.

Following, a possibly appropriate extract from my novel, Londonia, set in 2072, in which our heroine, Hoxton, is being taken to visit the mysterious ex-tube train tunnels beneath The Cincture.

‘What is in the tunnels?’
‘Something you won’t want to see. In fact I want to come with you, and I think we should attire you in something other than the allinone."

Half a Cincture hour later, I’m dressed in a long peacock- blue dress with matching handbag, other hand clutching a small white parasol.

‘Why do I need this?’ I ask, fiddling with the up-and-down mechanism as we wait for another shaw.

She collapses her own miniature umbrella as our carriage arrives. ‘You don’t. It’s just what women are carrying about here this summer.’

We climb in and sit silently. She seems nervous.
‘Have you done this before?’ I half-whisper a few streets on. She looks back at me, eyes huge under her silk hat.
‘Yes. And I said I’d never do it again.’
‘Tell me what it is.’
‘Where do you think most of the meat consumed in the Cincture comes from?’

‘I don’t know—farms outside the parimeter somewhere? Cincture owned lands?’

‘The highest class stuff yes, but for the rest of the population—they’ve developed new ways. Box-beasts is one lightly used term.’

The shaw turns into a wider road and then stops outside a glass building, the pavement outside busy with shaws and cars. Our driver helps us out and we join a group of dames evidently waiting to enter the building. From the chatter, I have the impression this is a popular venue to visit in the Cincture with tastings afterwards and a gift shop. From a gateway a trickle of uniformed bods walk both ways—some having finished a shift, some just starting.

A mec appears from one of the glass doorways.

‘We are ready for the next tour if you would like to follow me. Payment will be taken either by idi-carte or Squares.’

‘I’ll put you on my idi-carte. Don’t say anything as we go down there. Just concentrate on the meeting afterwards.’

The spritely guide walks ahead and we descend into a warm brown nightmare of a place. The noise makes me want to scream—a low hum of frustrated animals, and a constant whirr of machinery. Down flights of stairs kept constantly clean by minions we pass on and on, the noise becoming ever louder. The guide keeps up a merry chatter of information as if he were describing the manufacture of paint, or wine; dames ask questions and I keep my eyes trained on the embroidered dresses of the dames in front of me.

Finally, we arrive at the destination. I grind my nails into my palms as I catch glimpses of the horror before me. Boxed beasts extend as far as I can see into the yawning tunnels, their heads swivelling, eyes bulging as they live out this captive hell. Workers sweep, sluice, shovel. Great machinery sucks the foul air into tubes to be blasted out into the sky above us.

Iona squeezes my arm and whispers. ‘Keep looking. Don’t think about this now.’

Even the dames are quiet within this theatre of slow-motion death. The guide keeps talking.

‘These bovine forms are created to fill each box—no need of legs and easy for the production line . . . and over here—our latest development in milk production. Sanitised, safe and easy for the workers too. The udder of each animal descends here,’ he gestures to the bottom of one of the metal boxes, ‘and we have managed to create a new model with eight teats—faster, more efficient.’

Londonia is published by Tartarus Press. Link to the right on the blog. 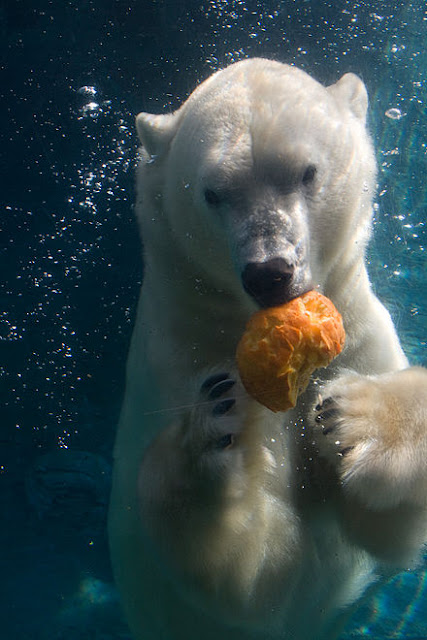 A rather beautiful photo (Wiki) of a polar bear (obviously an omnivore) eating a pumpkin underwater. How he or she got the pumpkin was unexplained but I did find it captivating.
Posted by writing and other stuff at 01:54 No comments:

Being in the moment

I used to occasionally, usually while washing up for some reason, become aware of me: me at this point; me rinsing a cup, staring out at the woodpile - this is me, doing this in this present moment. Now, having explored mediation ( a very basic exploration so far) for a few months, I get what that was about. We're always so busy thinking ahead to what has to be done next; planning, even if it's just, what's for lunch, or oops, must put a wash on, or worrying about the past - things we might have done or said or completed inefficiently or not even started that we forget to appreciate the fact that we are alive, experiencing being alive, and all the associated sensations however small or overlooked.

I started trying to meditate during the first throws of our house moving project when the lists, packing and endless arranging of everything became overwhelming. At first I could never switch off sufficiently from the to do lists, the phone calls, solicitor stuff, etc, but after about five attempts with the help of a guided meditation channel on Youtube the quiet mind thing gradually seeped in to my overloaded person. If anyone reading this has never tried meditation I would recommend it, especially in our current bewildering time of this century - all centuries have had their own varieties of bewilderment but I imagine most humans would find 2020 to have been somewhat challenging...

A successful meditation is almost as good as a calming massage, and free! especially if you can get to the particular ultra relaxing state of body heaviness - being grounded I suppose. I can't cope with the guided mediations that feature 'calming music' just the spoken word seems to work for me, or possibly a bit of gentle sea on pebble beach sound, or something similar. I can just about get myself into a mediative state now if I recall one of the guided meditations I have used many times, and am becoming more aware of the general 'me being in the moment' and worrying less about what must be done later, tomorrow, next week, etc as I go about my day.

Here's a small youtube of Martin Scorsese talking about his own meditation practice and thanking David Lynch for his work in creating - The David Lynch foundation for transcendental meditation. Clint Eastwood meditates too . . . has done for the last 40 years . . .

Martin Scorsese on Transcendental Meditation and the David Lynch Foundation
Posted by writing and other stuff at 04:48 No comments: