Talk of student life with our seventeen year old son prompted me to buy a box-set of The Young Ones for his birthday. I remember watching this episode in our vile apes-student house-share in Streatham with its features of dry rot, loo that froze in winter and unspeakably filthy kitchen.
This extract captures the brilliant mix of slapstick, absurdity and over-exaggerated (not much though . . .) characters of the series.
Posted by writing and other stuff at 23:34 No comments:

It's true that the spatial awareness of the menopausal woman (certainly in my case) is different to most beings.
The most damage I do is to crockery and glassware - not really a problem as 99% of all our stuff hails from second-hand shops etc, but there are a few times when breakages have been moments and even possibly hours of sadness depending on the item.
I have a very clear childhood memory of breaking a sacred plate of my mother's - I wasn't menopausal of course, but she probably was, and another great virtue (not) of this particular part of life is to become wildly overemotional, often about . . . very little. I can't remember the plate now, but I do recall my letter (carefully embellished with clumsy flower illustrations) we found many years later which spoke of my distress at obviously causing great sorrow: 'sorry Mum that I brok your bestest plat'.
Yesterday, I brok(e) - I can spell a little better now - the third of our rather fine butter dishes. The first was a handmade receptacle, the second a super 70s orange and blue thing, and the third . . . sob . . . a black glass dish featuring a wolf or maybe a fox on its lid. It had come from a car boot sale years ago, brought out after the last china-smashing incident and had graced the breakfast table for several months.
During the washing up it had met with the tap. I had stood staring, not even able to swear colourfully, then quietly swept it up (after a photo-record) and threw it away.
"What was that?" Mark's voice issued from the front room with a certain resigned tone reserved for yet another item on its way to landfill/recycling.
"The black wolf dish."
Silence.
Butter was served on a small oval plate at breakfast, not good as the cat was already eyeing the unprotected yellow substance. Good excuse to go round some junk shops I suppose . . . 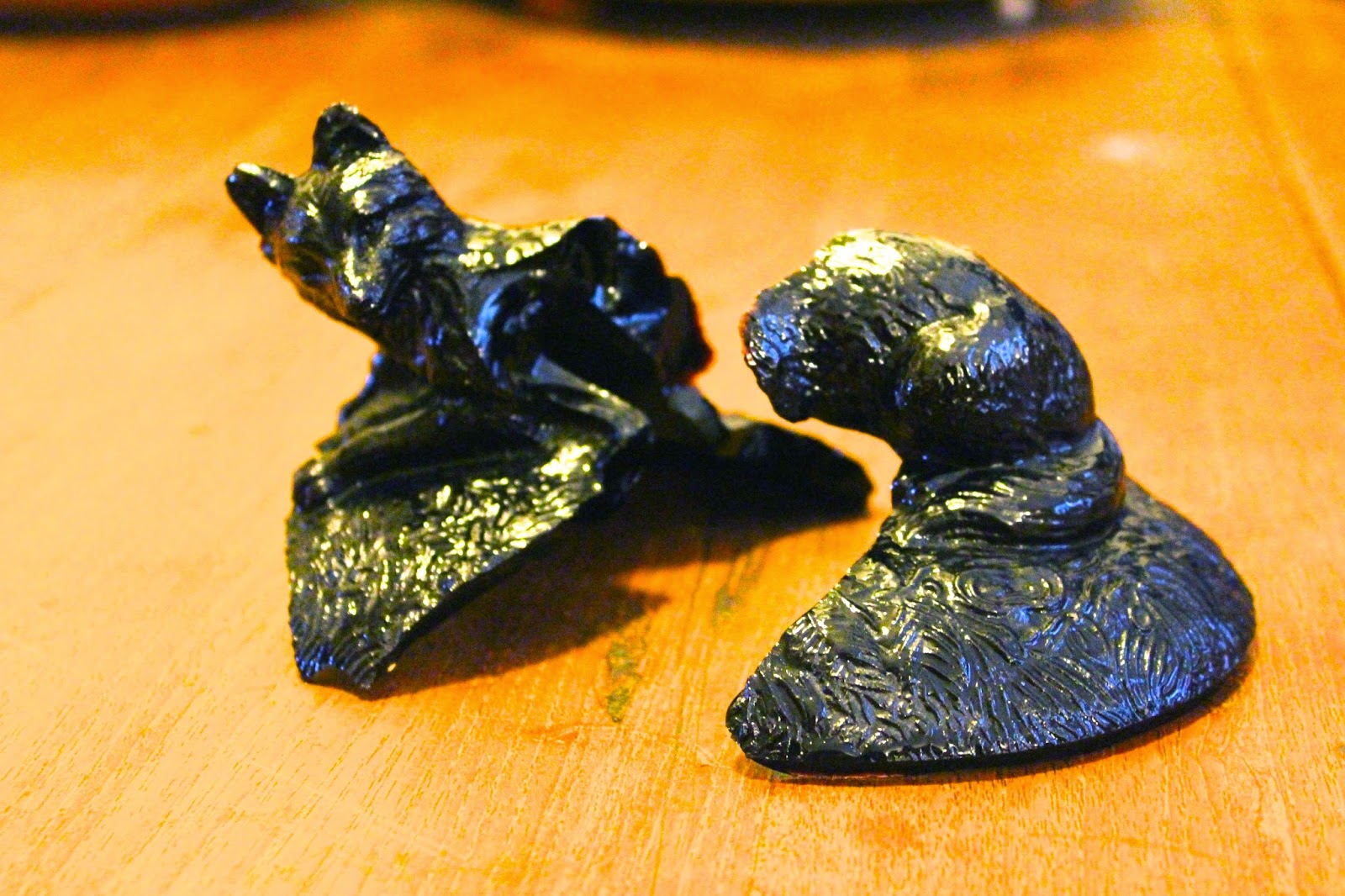 Posted by writing and other stuff at 02:10 No comments:

Only a day's worth, but lots packed in and recorded - until I realised the camera had no battery left.

I arrived late on a frosty eve and checked into a small cheap hotel near Victoria. As usual I had hoped for a quaint, rambling hotel with interesting artifacts and old furniture, but, as usual, it turned out to be a once-elegant building now stripped of any features.
I was installed in a micro room featuring flat pack furniture and hideous pink paintwork - like being in some fearful medical experiment involving lurid blancmange. I slept badly due to no heating, an odd clicking in the wall which I think must have been death-watch beetle, and pillows like fossilised marshmallows. However I felt cheerful enough the next morning and sallied forth to experience art, architecture and mainly just wandering about gawping. 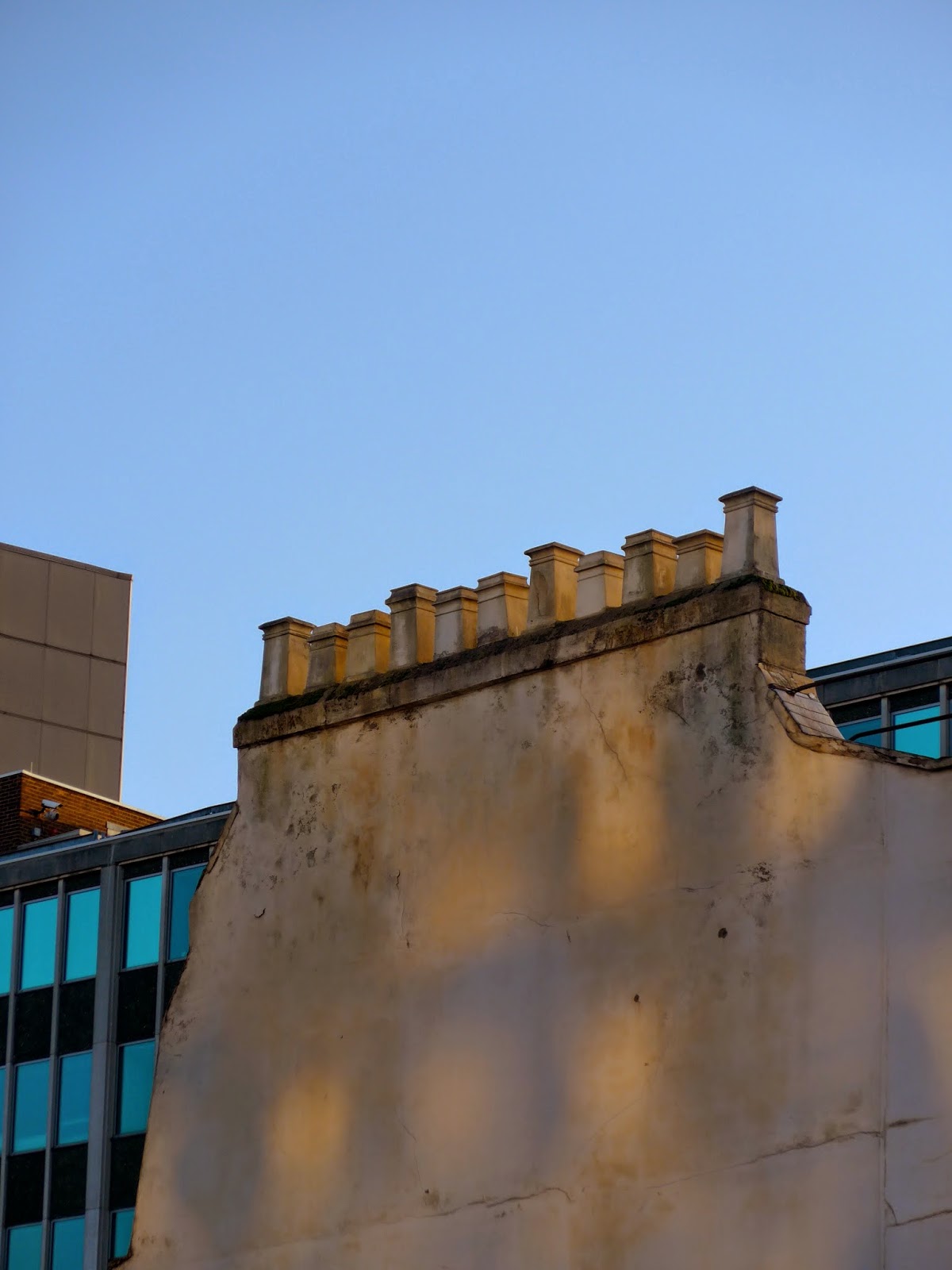 The most wonderful light that morning highlighting a row of companionable chimney stacks against an early blue sky. 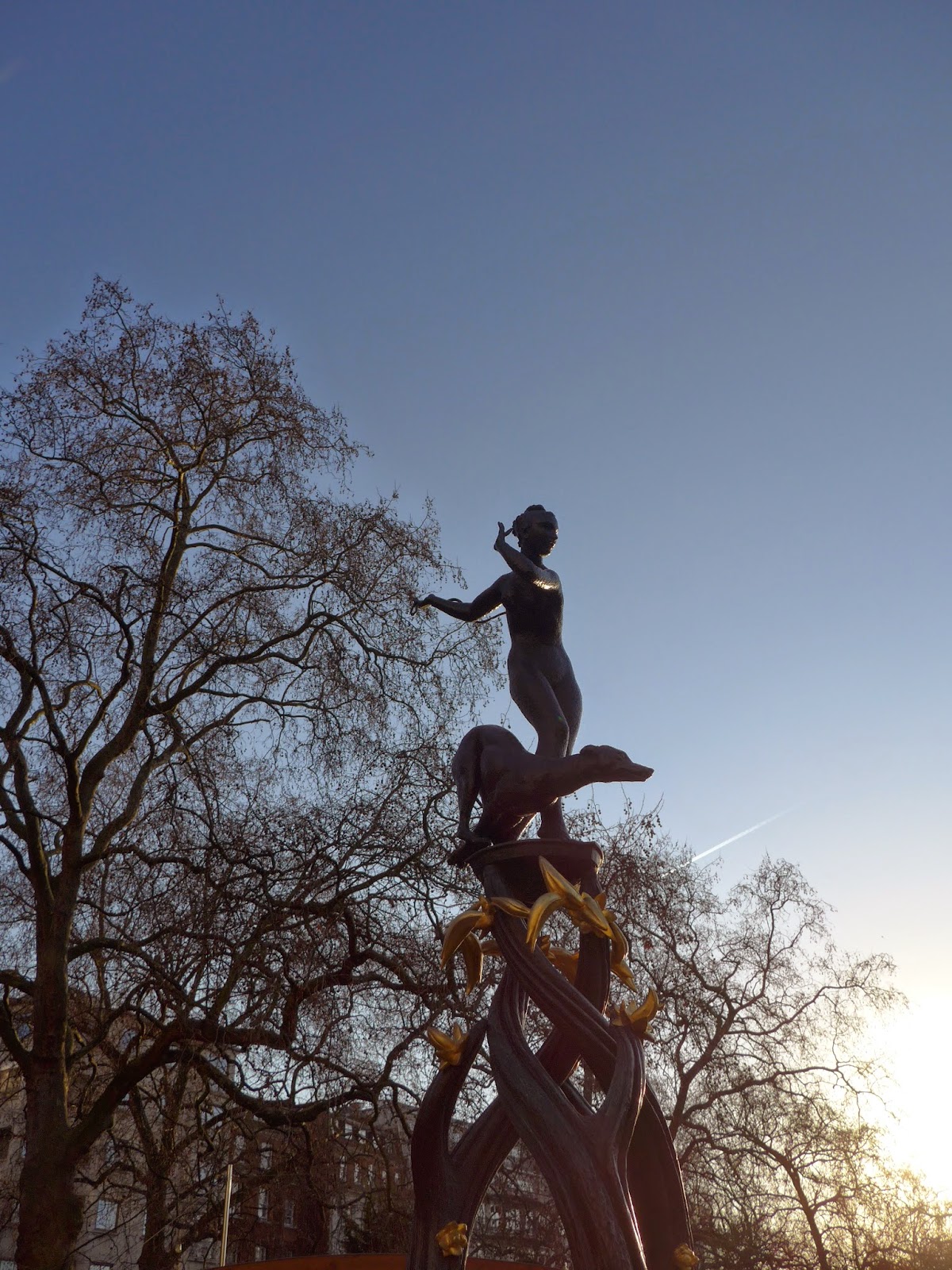 A statue in Green Park featuring my sort of dog. 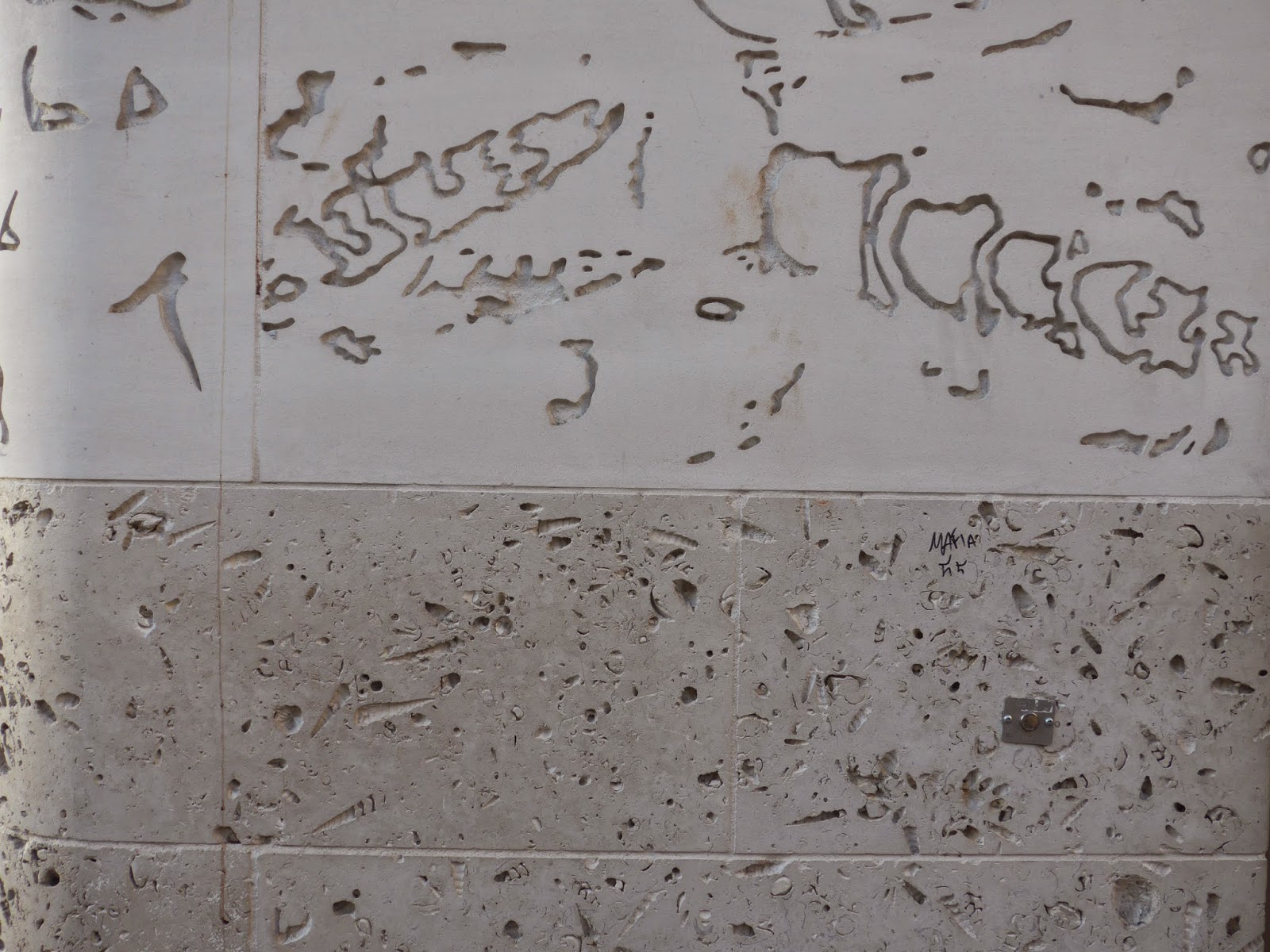 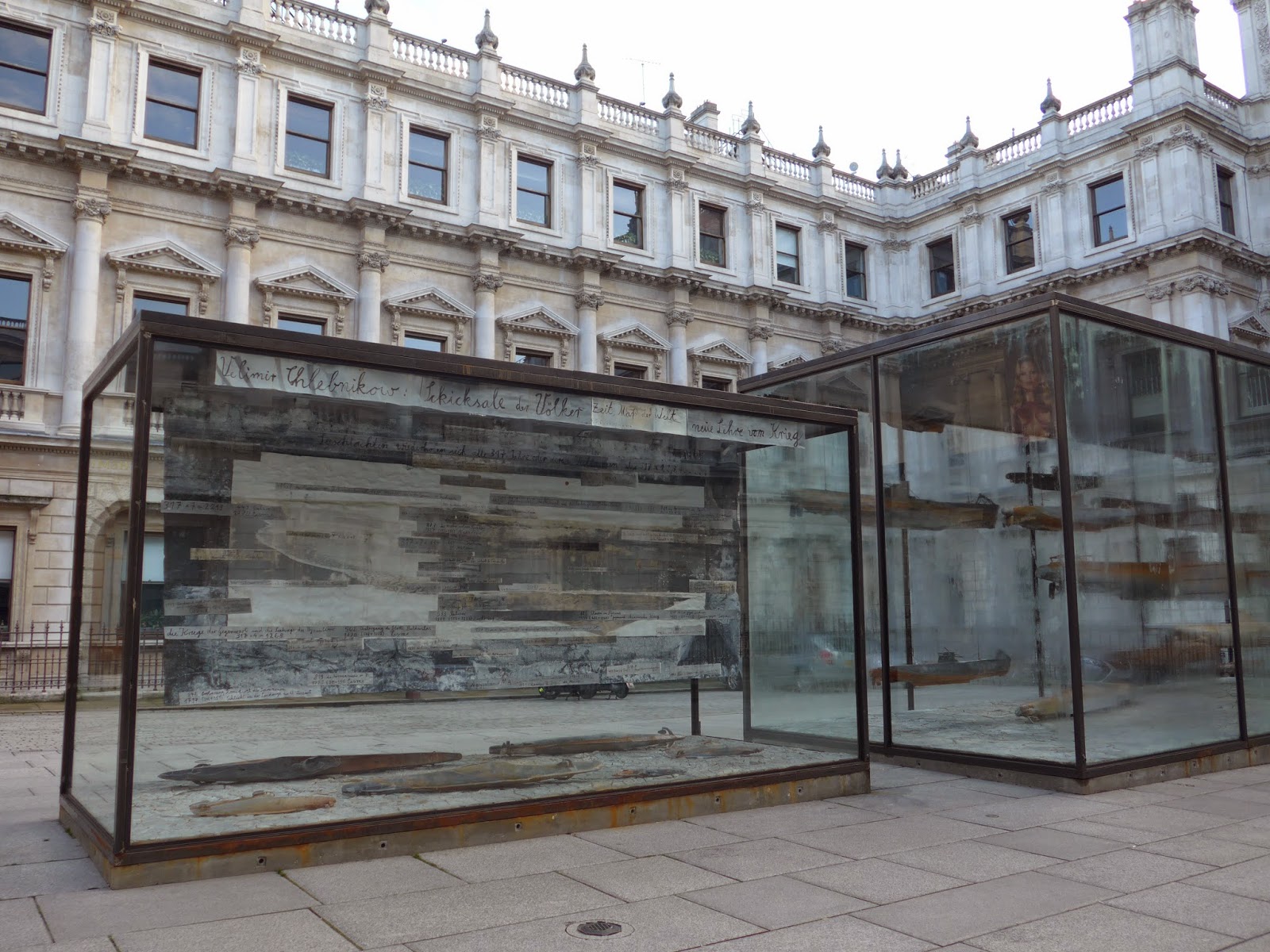 Glass cases containing hauntingly-beautiful rusty submarines and battleships. I didn't learn much about why as I was too hungry. 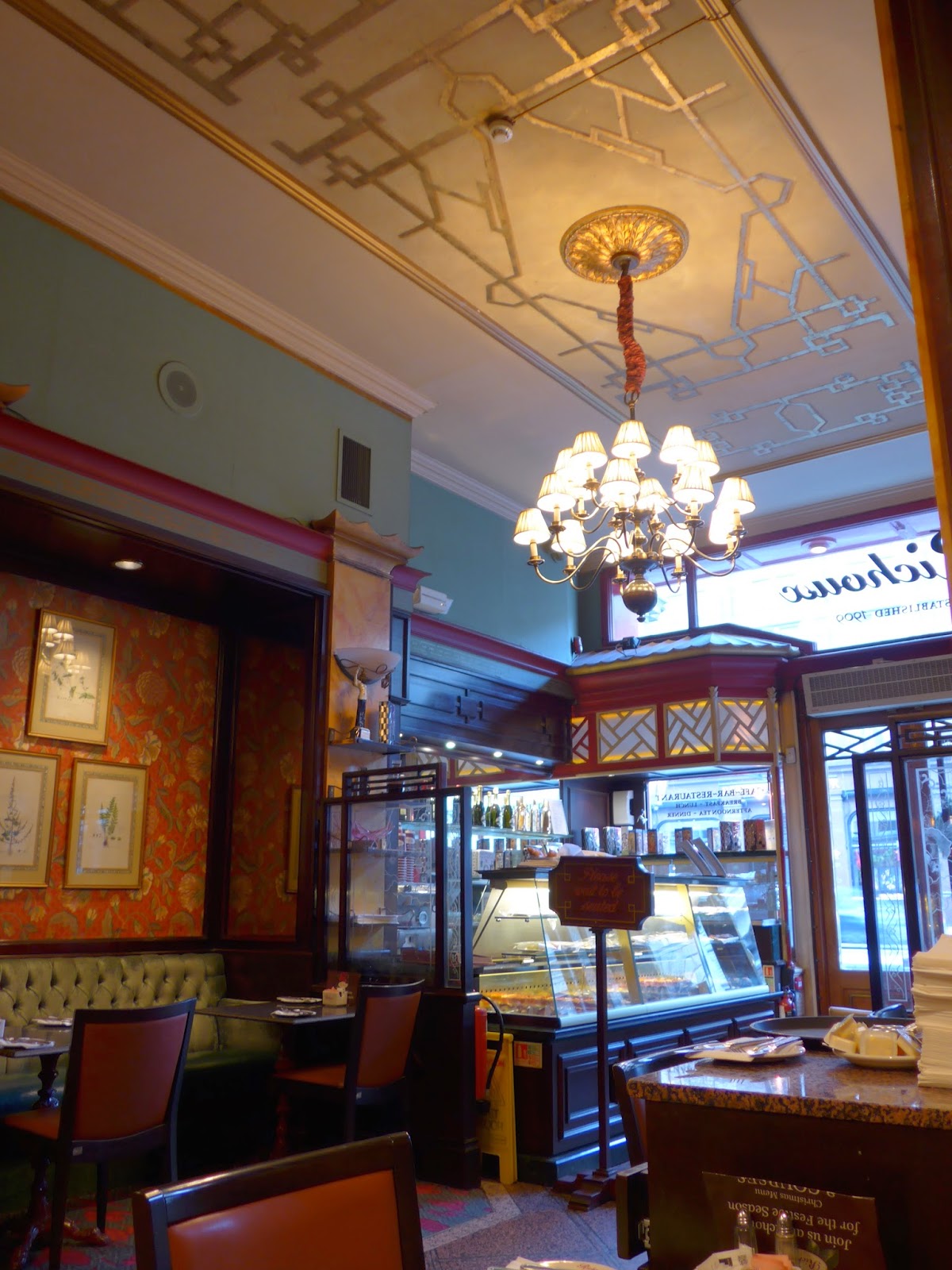 So . . . cooked breakfast at posh café opposite The R.A. Perfect in every way except I think they should serve the butter in tiny china dishes not plastic foil covered oblongs like in a motorway service station. I did tell them and was thrown into the street. 😏 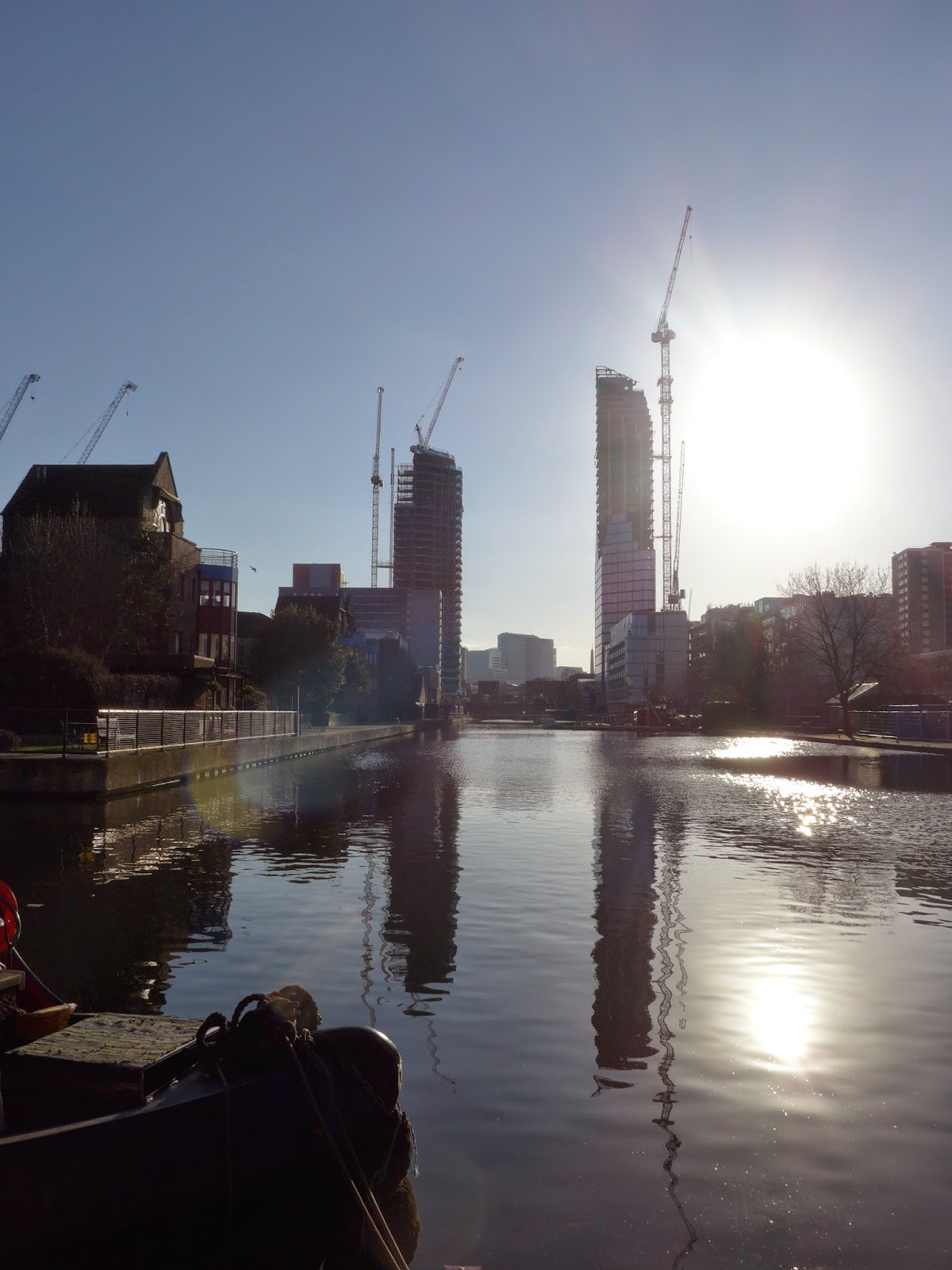 Part of the canal somewhere near Haggerston, looking towards the Gherkin building, etc. I was completely amazed by this stretch of water; doubly amazed that I could have lived so long in this city at various times and not walked these lovely waterside paths.

Then I got lost. And the camera ran out of battery which was a great shame as I had ended up in Brick Lane market which was seething with a million different people, dogs, smells, colours, foods, vintage clothes, et al.
I spent a lot of the rest of the day being obsessed about a grey rabbit fur hat that I missed as I had tried to barter with a wily Russian woman who said she could get the full price - and did while I had walked nonchalantly away planning to come back and up the price a little . . . I did buy a cheaper black ostrich feather hat instead, but it wasn't nearly as good - still idly checking the internet every now and then . . .
Post add-on: the obsession was useful as it turned into a short story.

Posted by writing and other stuff at 12:06 3 comments:


Religion as defined by the on-line dictionary - with no mention of storming into newspaper offices with loaded weaponry.

A set of beliefs concerning the cause, nature, and purpose of the universe, especially when considered as the creation of a superhuman agency or agencies, usually involving devotional and ritual observances, and often containing a moral code governing the conduct of human affairs.


I don't know what I follow: never have done, possibly paganism if anything - gawper at the stars, general believer in humans being insignificant specks on this space-sphere and mostly fucking it up for all other life forms.
I recall going to a Bar Mitzvah in Tottenham when I was about six with Mum and her sighing as she said: "I really do wish I could believe in a religion."
We did regularly to go to church - for jumble sales, and despite not observing anything much more than BIG events, such as Christmas, I've always shared her fascination for religion, and the slight envy at people being able to believe in there being someone/something overseeing all this mayhem.
Today, it seems even more unlikely (see last post) and I feel happier just being a wonderer; the slight envy? Gone.


Posted by writing and other stuff at 00:19 No comments: 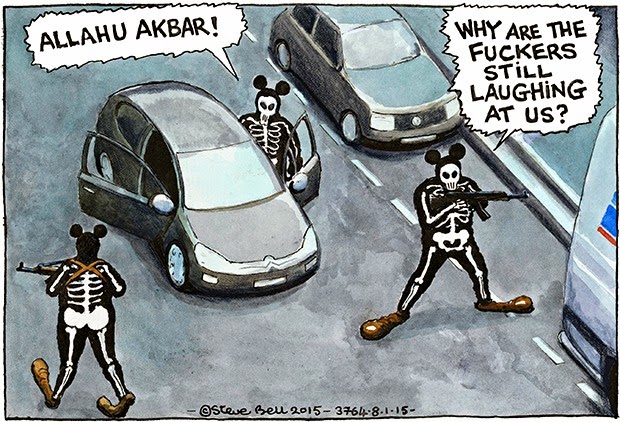 Posted by writing and other stuff at 22:44 No comments: 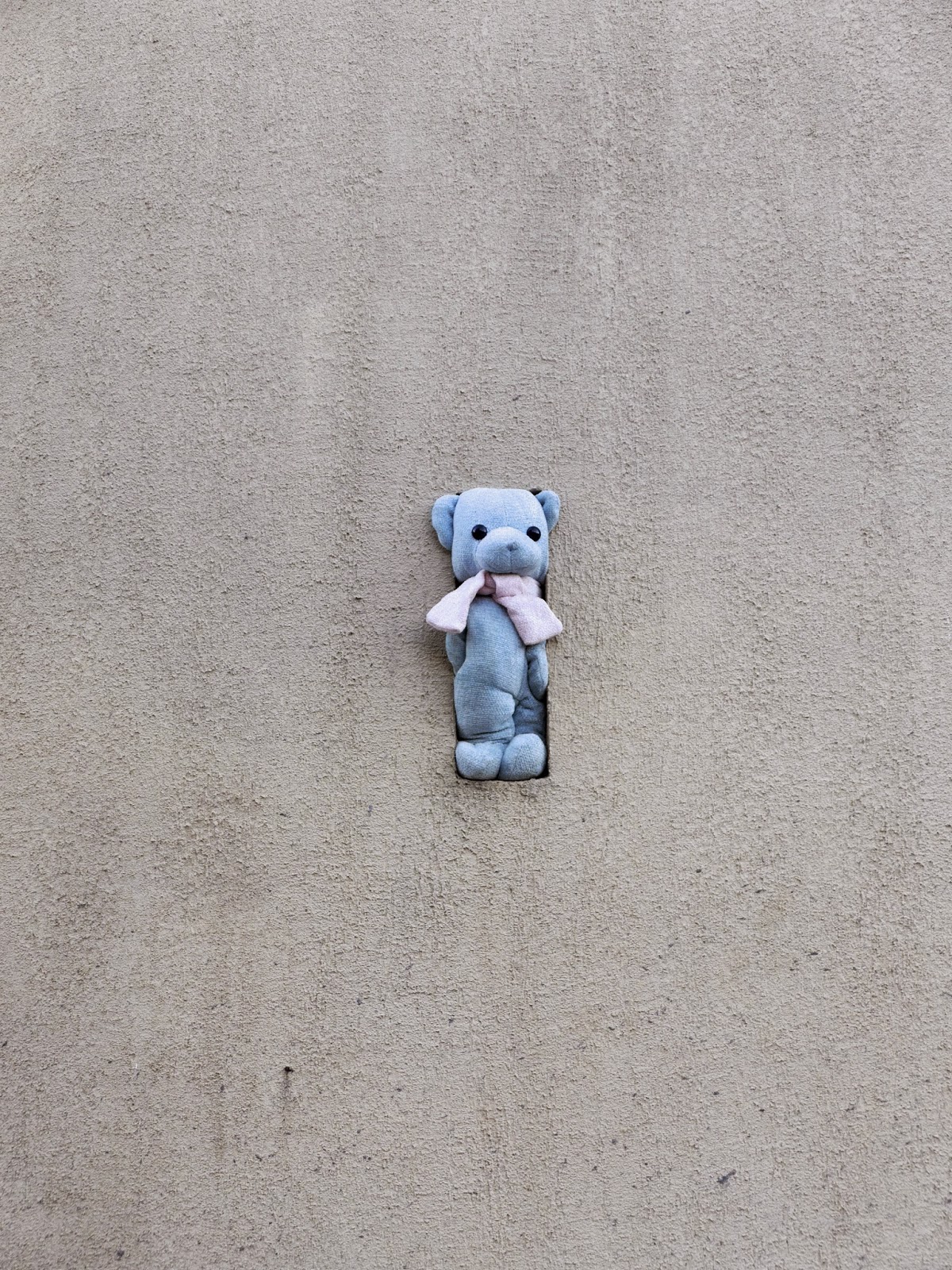 While crossing London with Flu: a small, lost, rather blue person . . .

Posted by writing and other stuff at 10:47 No comments: