Hello cyberspace!! Hello people who might stumble across this page, and hello me - oh hello, you must be the one who loves writing stuff, but has been lurking in other rooms away from the computer, throwing the odd furtive glance onto the blue bar after tapping in something to do with face pain, vitamins and mineral baths (to quote Marilyn Monroe in Some Like it Hot).
It's still here the pain (see last post or two, IF you want a wee insight into trigeminal neuralgia) but I think I'm working out when to do things - like this - and avoid a fine, sharp blade slicing into my upper gum line. SO, anyway, that's the last time I'm going to mention it.
The main soundtrack of the moment in the Hothouse, apart from me swearing a lot more than usual, has been the almost continual cackle of magpies. After a couple of days of the said noise I went out and sat still until I became part of the garden and thus un-worrying to the resident bird population. It transpired that the reason the sound was moving to different areas of our compound was the magpies tracking down the cat and mobbing him.
I watched, fascinated as he lay in the sun, tail twitching, as the two birds hopped up to him and pecked at his ears, their cries becoming more strident. Occasionally he would stretch out a lazy paw and whack one of them; they would retreat and then start again. Why? I wondered; what had our cat done to them? Ezra suggested a stolen egg or chick, but it's perhaps a little late in the season for that. Then I noticed one of the birds had no tail feathers. I assume Bronzino attempted to catch the bird, failed and was left with a mouthful of shiny feathers, for which he is being persecuted relentlessly.

I just checked - quite common apparently. Here's another mog (same colour as ours )being attacked (photo treknature.com)

If the doctor, or specialist I went to see yesterday could be portrayed as a bird, I would say perhaps a whispy-headed cross between a supremely snide vulture and a bored owl.
I had made the RDV two months ago and had waited with interest and slight angst for him to reveal great truths and wisdom about the thing I wasn't going to mention again . . .
A dear friend took me- thanks Chris- as my driving might have been somewhat more erratic that usual.
After climbing the spiral wooden staircase in a backstreet building I sat in a sweaty waiting room flicking randomly through estate agent brochures and hunting magazines, listening to the occasional laughter that issued through the walls of the doctor's office.
Good, I thought, he must be approachable and warm, someone who will listen intently, taking down all the little details I had amassed, before forming them into a comprehensive diagnosis (after a bit of a poke about, presumably). He would then shake my hand and wave a contented and relieved me off down the stairs to return to his office feeling, no doubt, satisfied and full of human spirit; reaffirmed in his role as an upstanding example of the medical profession.
Not.
Bonjour, madame . . . come in, sit here, no there. He turned drab, bespectacled eyes on me; eyes that had seen a million frightened patients before them, and were now probably looking forward to their retirement.
I scrabbled in my folder, through photos of my brain from various angles, through bits of paper to do with the social security system and found my LETTER. Mark and I had concocted this, thinking it would be helpful to him to understand a little of my history and relationship with the affliction, including a few homespun theories of why this had happened and what it might in fact be.
He leant back in his chair after snapping the paper from me, then read to himself, waggling his copious eyebrow hair and smirking at my ideas - (I'm not a doctor, but I think that the person who lives with the affliction should be given a chance to theorise - just a little).
He slapped the papers down and glowered at me.
'Non, Non et NON, madame. NONE of this is remotely possible - that bit is nowhere near that bit; there is no possible connection', etc, etc . . .
'But what about . . . '
Deep sigh: Comme j'ai dit . . . it's not possible - pas-du-tout!'
'But what about the fact that this all started when I got up suddenly after a nap and something went criiisszzzkkk in my neck?'
'I will now perform an investigation.'
He gestured to chair; I duly sat in it and he span me around facing him, disconcertingly close, with my knees wedged up agains his . . . well, bollocks, really.
'Open your mouth, Madame and say eeeeee,'
I did, and after producing a long thin piece of steel, proceeded to insert it into my throat without much warning. I retched like an inexperienced porn actress and he sighed again - 'bon, ça va pas, huh! we will pass through the nose, alors'.
After a spritz of anesthetic spray he nonchalantly threaded the long boingy steel tube down one of my nostrils while I thought helplessly of various torture scenes in sci-fi films where the baddie introduces a ravening brain-killing slug or similar nightmare into the captive's nose.
'Non, rien. Nothing, madame, not so much as a nose flea or a wayward brain cell.'
'But what about this sore lump here that I have had on and off for thirty years, eh?'
'Non, c'est rien du tout, you may have a little neuralgic plinky plonky obnidextrouas conflabnigation there, but it's nothing. REALLY!'
'But, what is that?'
He stood up abruptly and signaled that I should follow suit. 'See your doctor again, and if the condition persists you will be offered teyrhetsuidjnfbduuaaaaasge.'
'Does that have undesirable side-effects, Monsieur le Docteur?'
'Perhaps if you take it over a long period of time. That will be 45 euros, Madame.'
'But I have CMU.'
'No, you do not.'
Yes, I do, here is the piece of paper.'
'It is not the right piece of paper.'
'Yes it is - see there: CMU.'
'Ah, oui, humph.'
I collected together my scorned-upon documents, kneed him in the groin (shook his hand), and left.
'Goodbye, Madame,' he said, shutting the door with as much condescension as possible.
At home later, I found several useful bits of info that I am now putting into practice, and will work towards my own doctorate in the treatment of elderly depressed retired 'specialists' in the hope I shall one day welcome him into my own practice room and be thoroughly NICE to him. Ha. 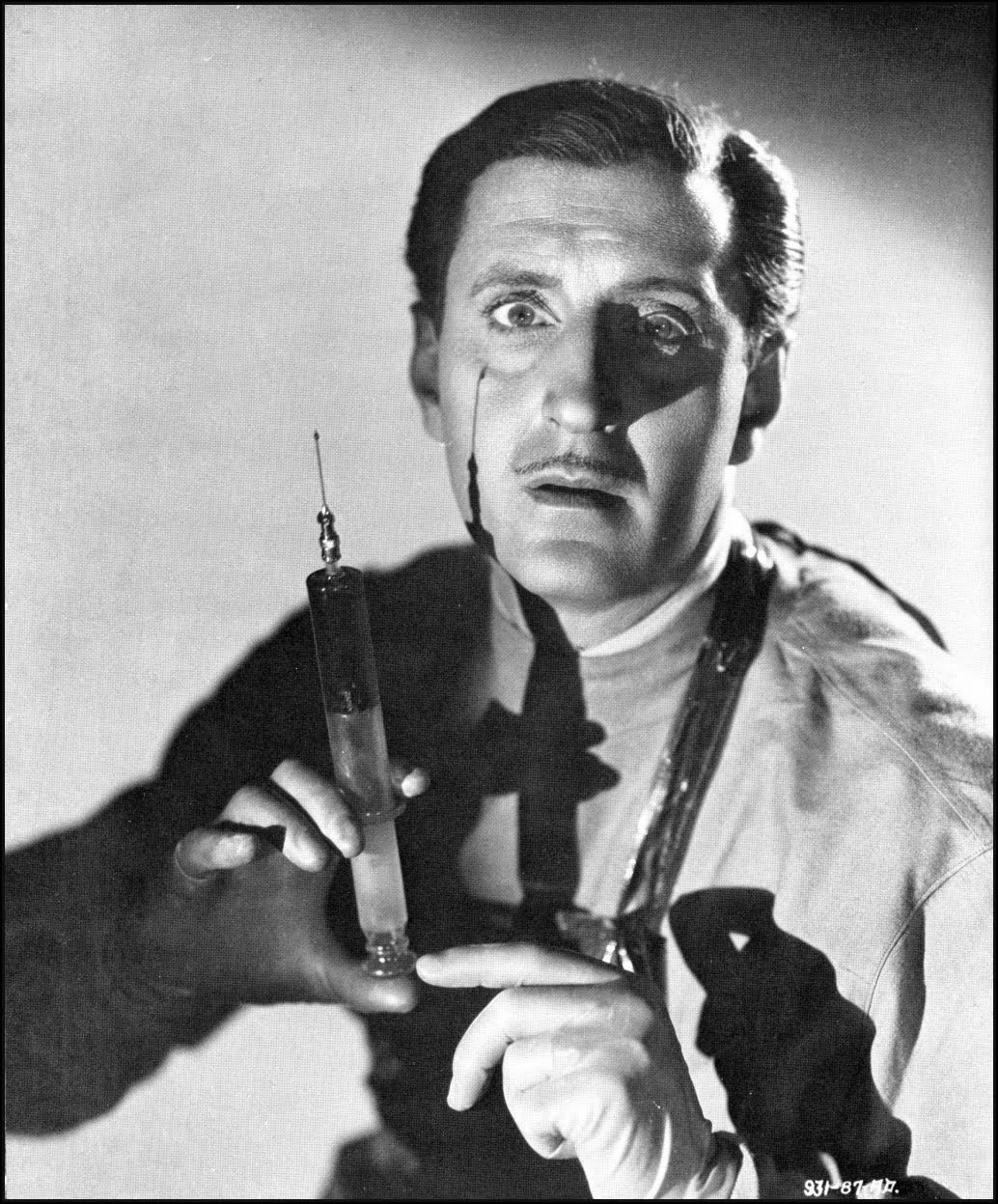 Posted by writing and other stuff at 11:55