A toilet . . . in an olive grove. I assume it's a loo, or perhaps a slim potting shed, or just a small human-sized space for standing and contemplating life in. 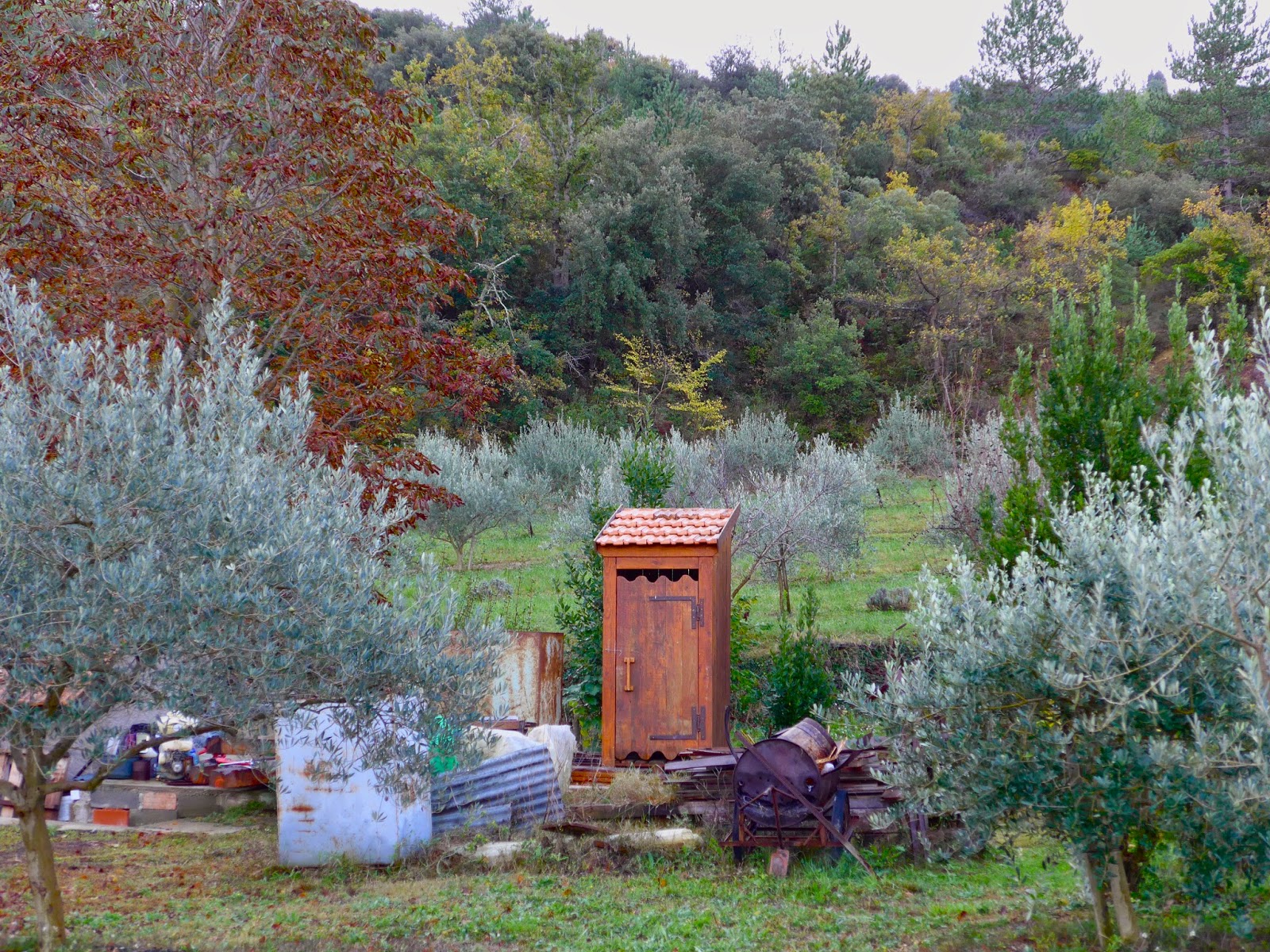 The elegant Whatever It Is stands in a bountiful-looking 'potager' (veg patch) and olive field just outside a village near us. I've often driven past the land and wondered who owns and looks after it so methodically.
This time I stopped and walked the dogs up the road.
On returning, I saw the owners: two rotund, elderly men; buckets suspended from their shoulders, each holding a small, yellow plastic rake; their voices somewhat raised. Suddenly I had the feeling that I had stumbled into a chapter of Alice in Wonderland - Tweedle-dum and Tweedle-dee arguing over whose rake is the most attractive . . .
They proceeded to the first olive tree and stroked the laden branches with the rakes, thus dislodging the crop into the buckets. Brilliant notion: I might try it on the straggly trees that line the hillside next to our garden . . . or, probably not, as I still haven't found out how you prepare olives to make them remotely edible.
I said hello, and discovered that the olives would be destined for oil production. I wanted to ask them why they appeared to have part of a train sitting on top of another building near the toilet, but they were not effusive beyond 'Bonjour' and 'yes - oil production', so I did a sneaky bit of vegetable- reportage photography, noted the beauty of their cabbages and crumbly loamy soil, and went home to think about constructing a dry-earth loo in the garden.
Posted by writing and other stuff at 09:56