Christmas will be gold, crinkly and knobbly

As decreed by Ferrero SpA: massive corp that is apparently responsible for churning out the most boring (according to our households' tastebuds) chocolate . . . the Ferrero Rocher (rock in french). They own Nutella, so, not surprisingly each 'spherical chocolate sweet' - (wikipedia) contains a good dollop of the brown stuff along with an unsuspecting entombed hazelnut making up a total calorific value of 73 calories.
Actually, I've just noticed SpA is also the name of France's chain of dogs' homes . . . wonder what else is in them.
The reason I'm rambling about this is the result of my annual shock on seeing the ever-increasing chocolate displays in the local supermarkets as Christmas approaches with all the red/gold/fois gras/gallons of fizz/last desperate purchasing mania that we have somehow created.
On my last trip to Leclerc recently, I listened to some poor woman as I stood waiting for the promised offcut-dogmeat to be wheeled in. Her job was to trap people into buying more chocolate than they might have envisaged buying.
"Mesdames, c'est moi le chocolat, " - "Madames, it is me the chocolate!" (odd phrase) she called with the nagging repetition of a small child at a sweets-infested checkout.
I looked at her smallish black-clad form standing between two towering displays of Ferrero Rocher and suddenly felt very worried. It was like being in Terry Gilliam's 'Brazil' where it has become eternally Christmas and everyone is giving and receiving the same present - F. R in this case.
Mark has come home each day this week from the Conservatoire holding various presents from pupil's parents. Nearly all of them feel like a plastic round-edged box that give out a certain muffled rattle - that of spherical chocolates containing a hazelnut. 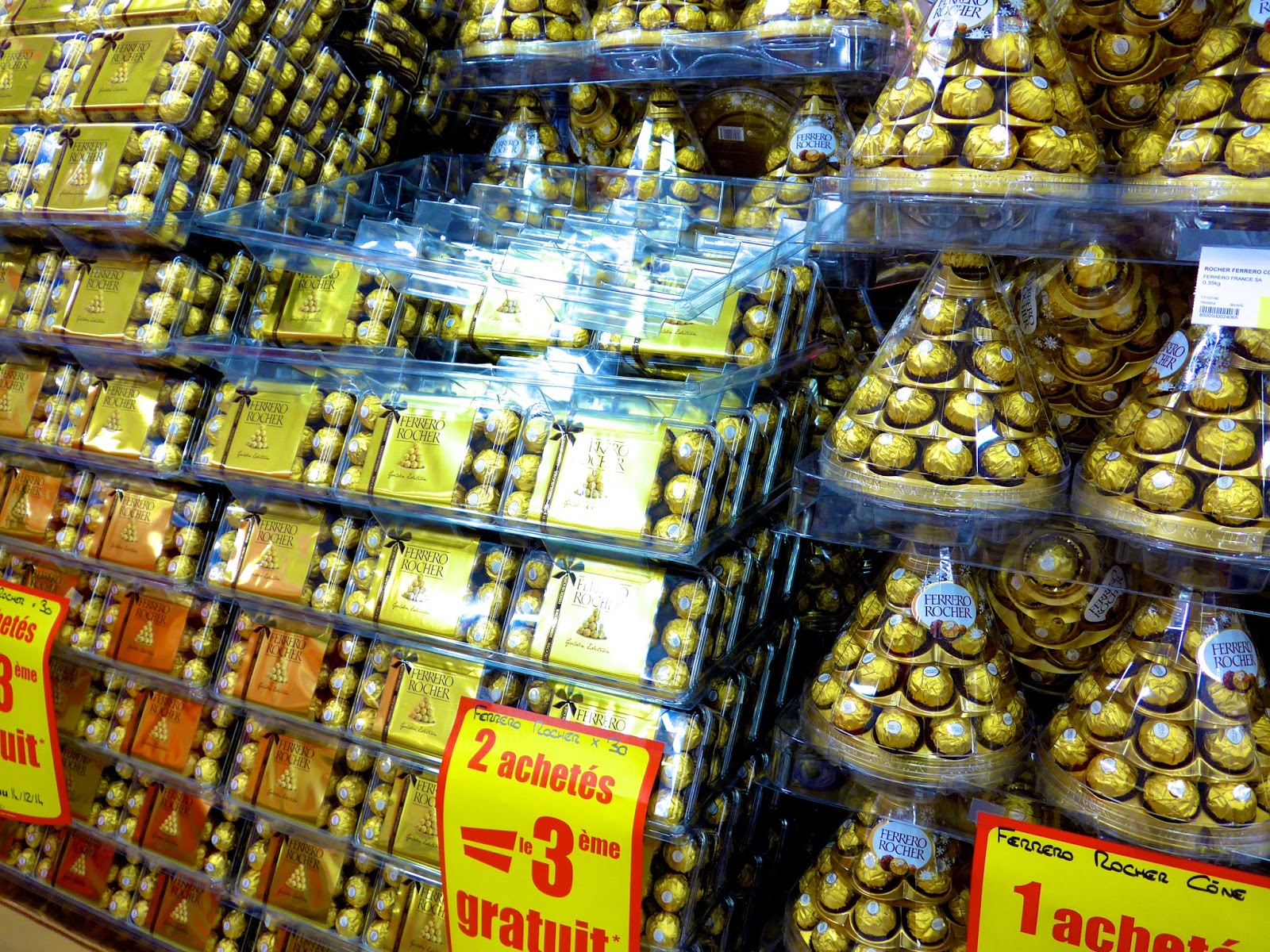 Posted by writing and other stuff at 00:07