Captured on film, just before seeing off a terrifying white poodle, Runty dog pauses a moment to adjust his antlers (ears) - a small monarch of his own personal glen. 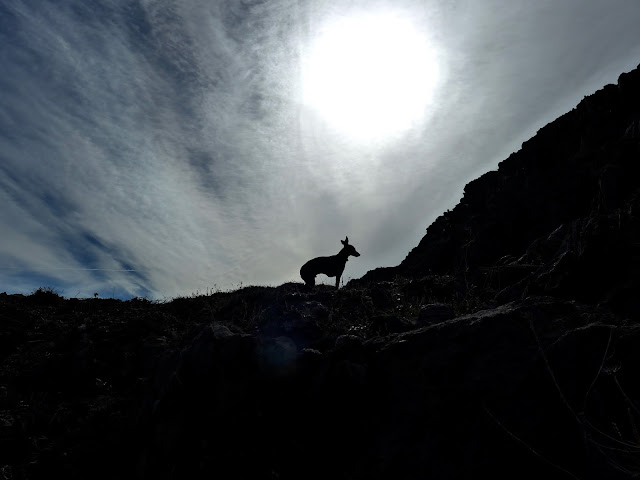 He was photographed on the windswept headland of 'le cap de Creuse,' on the Costa Brava; probably not dissimilar to the highlands of Scotland, but with added sun and little precipitation.
The rest of the pack (husband, son and the two big dogs) were doing the 'randonnee' - hike, from Port Lligat, near Cadaquès and were, no doubt, looking forward to something large to eat in the bizarre and wonderful restaurant situated on the very point of this otherwise uninhabited landmass. I was also looking forward to food, although hadn't earned it quite so much - just a stagger around the cliffs, gawping at the extraordinary rock features of the area, and the few brave swimmers in the coves below.


The rocks of The Cap, wind hollowed, or formed while cooling? the latter I imagine. Viewed from a small distance they appear to consist of hundreds of wailing phantom mouths - most eerie, especially with the wind howling through the low scrubby bushes. 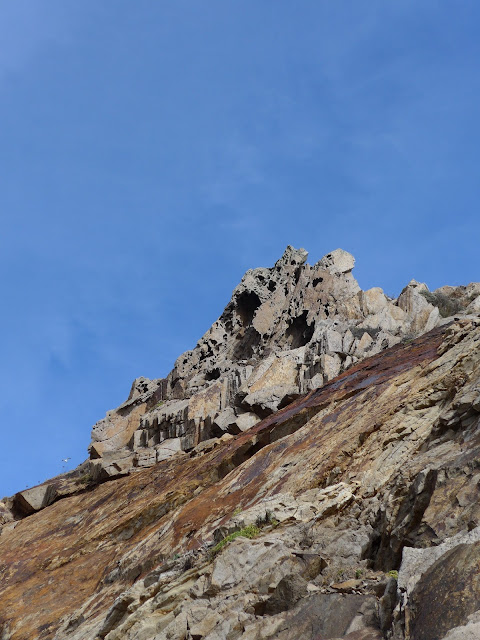 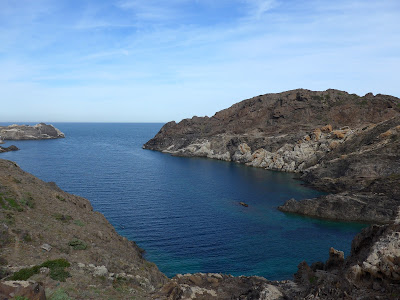 Reunited at the restaurant, we chose to share a large fish (a choice of the day's catch presented to us on a platter) and a couple of bowls of spaghetti. The fish was excellent, and I was so hungry, I forgot to take a picture - here is the empty tray. 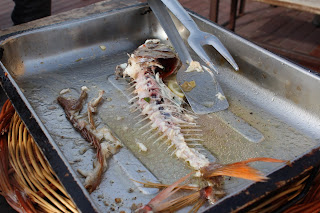 The place was getting busy. Most people chatted, sipped drinks and waited for their orders to arrive, apart from a couple behind us who excelled in tutting and moaning rather than looking out over the now-silver sea or wondering how this place was actually constructed, and what it's original purpose was. 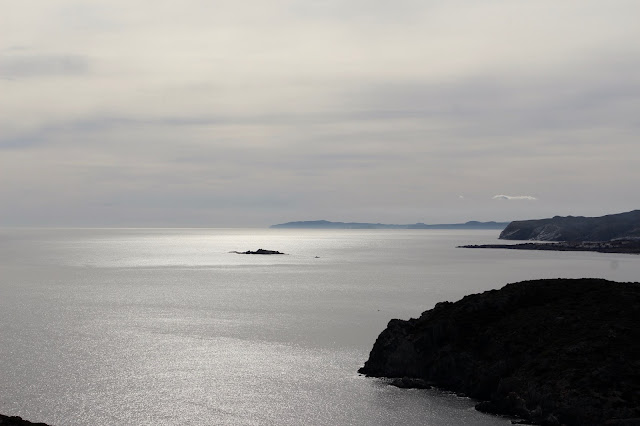 I failed to take a picture of the actual building this time, but here's a
good one I found on the net (exterior has now been repainted) 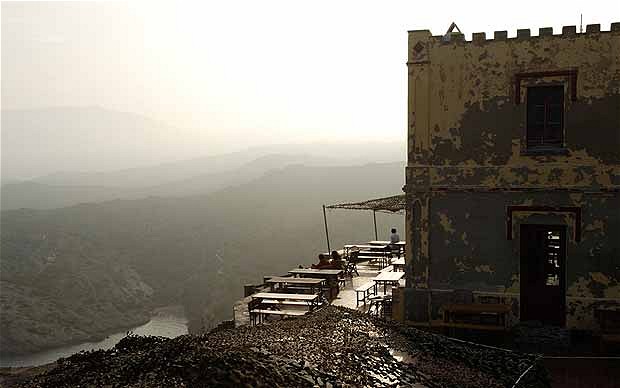 Posted by writing and other stuff at 10:20