One of our daily dog walks is called: 'going up the top,' the top being an open plateau of vine fields above where we live. At the end of the gravelly, winding lane is the wine domain and at the back of the building, what was a field of scrubby grass. Over the last two years I've watched with interest this gradually change to an intricate and wonderfully eccentric garden.
I vaguely know the owner of this patch (excellent accordionist with her family group, Rodinka) and have stopped to throw a casual 'bon courage' or 'come and take some of our baby cactus plants', but yesterday I went and had a proper chat about the garden and asked if I could take some photos. She was surprised but pleased. 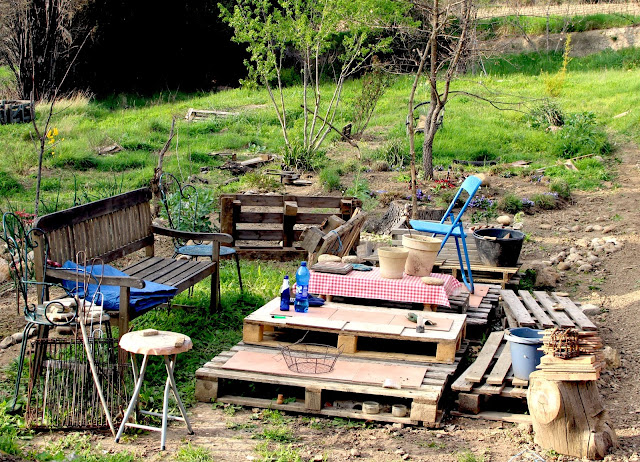 So, today I went up with a basket of cactus and the camera.
There is a BIG story which she says she will relate to me over a beer soon at their 'fete de Printemps' (spring) but a very shortened version is that she arrived twenty-three years ago from Czechoslovakia with her partner and seven-month old baby in the same van pictured here in the garden. They had been playing music for a theatre troupe, liked the area and . . . never left. I have yet to learn how the van came to its resting place and look forward to finding out.
I asked why, after so many years, had she suddenly started to create the garden and she said it was after the Cypress hedge got burnt. She'd cleared some stuff away, cut back some plants and then it just started - grabbed her, a gardening obsession: plants, recycling, using stuff from the wine domaine - old wood, pallets, unwanted bricks, tiles, etc. 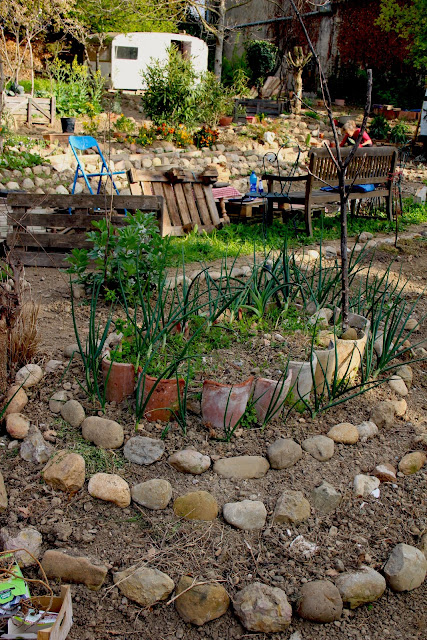 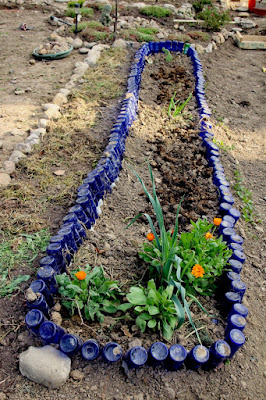 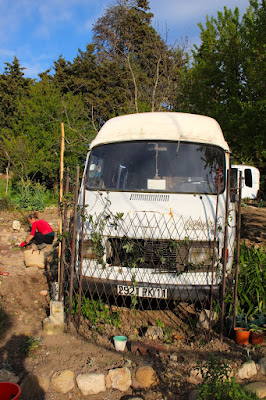 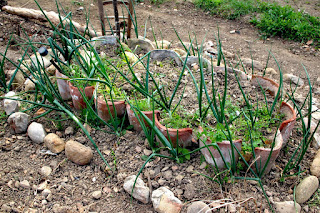 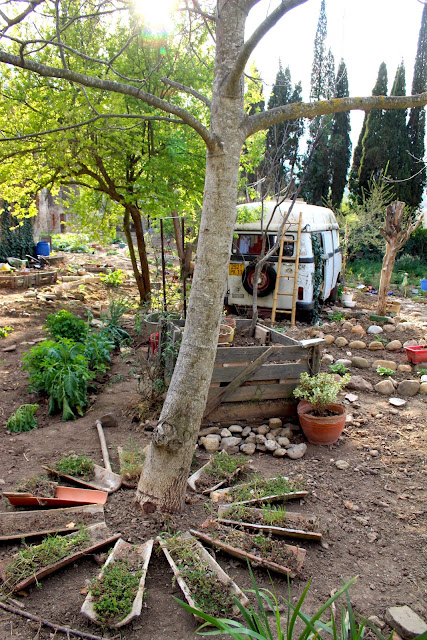 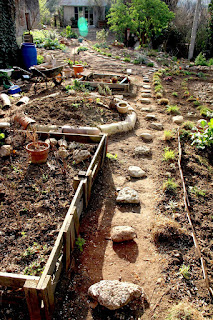 Now spring has arrived the the artist-gardener-musician is often out there from six in the morning till eight at night, creating, playing and experimenting, with no particular plan but with an inherent and marvellous skill in green-fingered improvising. 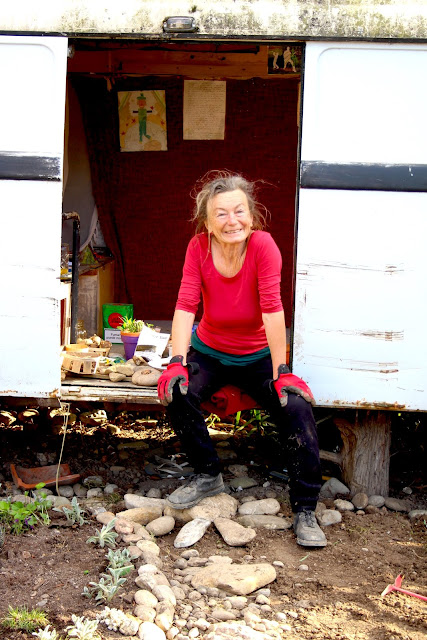 Posted by writing and other stuff at 10:43