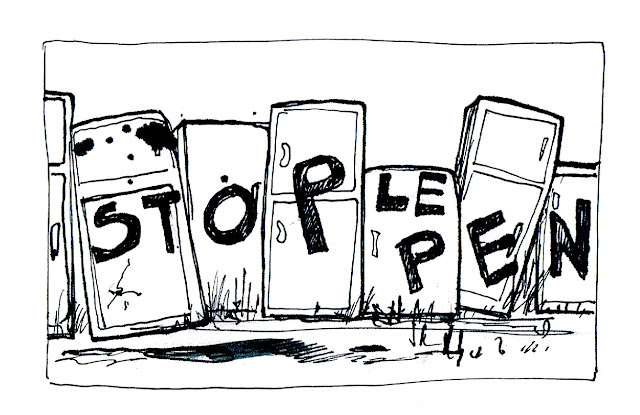 Interesting that I imagined fridges in the dream and not wardrobes, old kitchen units or cookers - something glacial in the offing if, God forbid, she were to get in.
Posted by writing and other stuff at 05:22