For months now we've known it would be happening - our lad, off to a city to study fine art. I knew it but it didn't seem real, just a vague thought, hazy, not graspable.
I went with him to Lyon's beaux arts college. It was impressive, huge and cold - building and possibly the staff too . . . I don't know, I was so bloody freezing that my brain had ceased to think about anything other than being in one of Lyon's snug little 'Bouchon' bistros. It all seemed so alien, so far away from our own small town, the dogs, the boy's stuff, instruments, his present life.
I looked up at the clusters of buildings lining the hillsides and tried to imagine him in a top-floor garret cooking a lonely soup - and couldn't. Lyon is as highly regarded as the Paris schools so we were of course keen, but I didn't feel keen, very, at all . . . 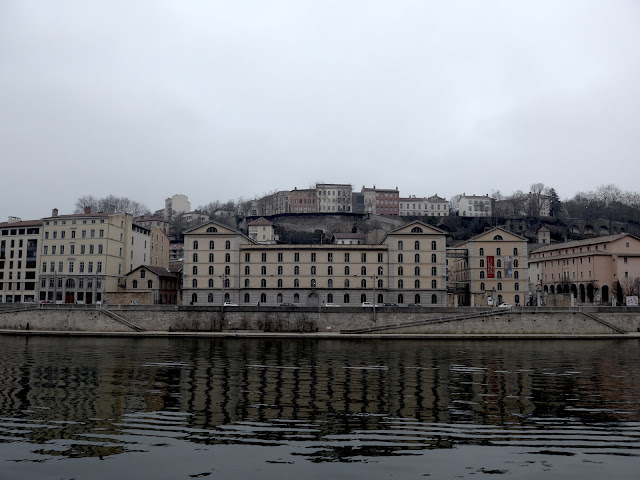 Nimes college was good: small, intimate and they had a soup club on a Thursday evening.
Ezra liked the place and the tutors, The one we listened to talking in his Northern French accent without rolling R's, was kind and enthusiastic. The city is beautiful with a fine modern art gallery, easy access to other interesting cities and, unfortunately, a thriving 'bull-annoying' scene.
I could imagine Ezra there in a garret, and it would be considerably less cold in the winter than land-locked Lyon.
Bordeaux - 'edge-of-water' was our last visit and the one that made a joyful impression - what a city: the river's expanse, the knowing that the sea was only a few snaking kilometres down its length away; the elegant buildings, the plethora of cheap eats (in certain quarters); and the college itself . . .
As we went around the various departments, Ezra's smile grew. Everything was fascinating and inspiring; they even had a special room in which to make weird electronic music. By the end of the tour Bordeaux had overtaken Lyon by a long measure, and Nimes by a smaller one.
So he applied to the three, forgot Lyon as the interview coincided with the Bordeaux dates (a tad stupid); got accepted by the other two and, of course, chose Bordeaux.
Now it's real. I'm hopping off and on the estate agents sites, checking for garrets, train journey- planning, thinking and feeling very excited for him, and us. Although my mind is inviting me to imagine those familiar end of days when he arrives, gate creaking, dogs alerting me, somewhat differently: no creak or bark, just a glance at the calendar to remind myself when he will be visiting next, or when I will be visiting him in his garret to eat cabbage and potato soup - one of his specialities. 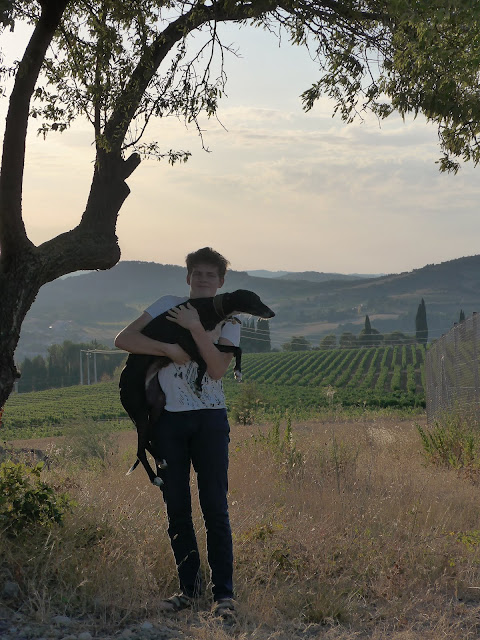 Posted by writing and other stuff at 23:38