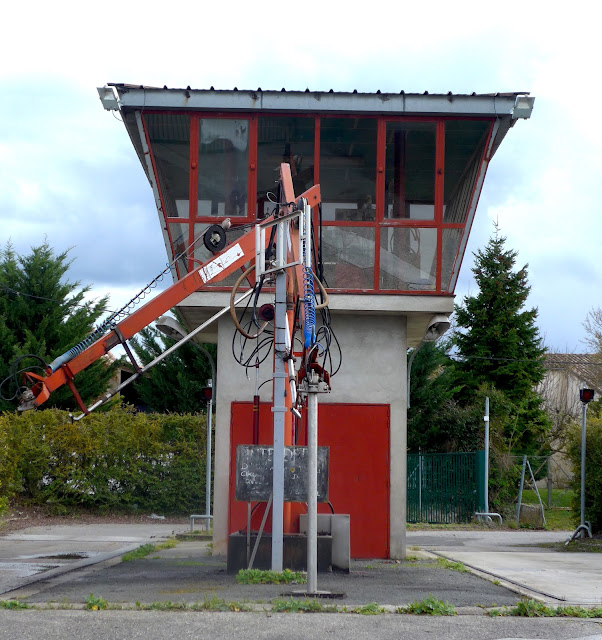 Is it a signal box? is it an air-traffic control post for very low-flying, micro planes? is it a end-of-the-world 'prepper's' holdout?
I was in a village last weekend for a 'Vide Dressing' a sort of car boot sale for clothes but indoors - in this case a rather imposing 1960s municipal building with rather wonderful Twinning Association ceramic tiles on its walls. Sadly for me, the sale had finished by the time I got there so a village exploration it was instead - which was actually far more interesting than searching through boxes of discarded French fashion in the hopes of finding whatever it was I was looking for - walking boots I think . . . not very likely.
So, this building . . . down a back road on its own; no runway, rail tracks or KTFO signs although there was a large and impossible-to-scale gate. I peered and hoped that some passing bod would tell me what the place was for but as it was lunchtime in a Southern French village that would be impossible. Mm, mysterious.
Posted by writing and other stuff at 01:56