For years I've been attempting to hold our garden back from its natural urges.... It wants to be a half acre of weeds.
Not meaning to sound as if I am a control freak sort of gardener; not in the slightest, but come each May I do usually zip around with a small strimmer to get rid of what we perceive as weeds.
I can recall my mother ranting about ground elder in vicious terms, in fact it's edible apparently; if she had known she might have looked on it rather more fondly.
This year after reading so much horrific stuff about declining biodiversity, lack of bees and our general lack of understanding about the damage the human race has and is continuing, at an alarming rate, to inflict on all other lifeforms, I decided to leave as much as possible alone.
All weeds, or rather, plants that gardeners generally label unattractive or invasive, have been left to do their thing, and I have just cut tracks through the swathes. Of course there are a few plants, such as Japanese Knot Weed, that I might have attempted to keep well at bay if we had it here but so far nothing menacing has encroached.
The birds are noticeably more in numbers, which could partly be due to lockdown meaning verges all around were also left alone. Insects are everywhere, and the trees that usually get attacked by various blights are looking healthier. In a vague (and I want to vastly improve on this) nod to Permaculture I have mulched everything like mad, even using shredded bank statements and the vegetables are looking stronger than when I previously turned the earth and cleared away weeds.
It's all an experiment to be developed but our small patch of the world certainly feels more alive than any other year so far. 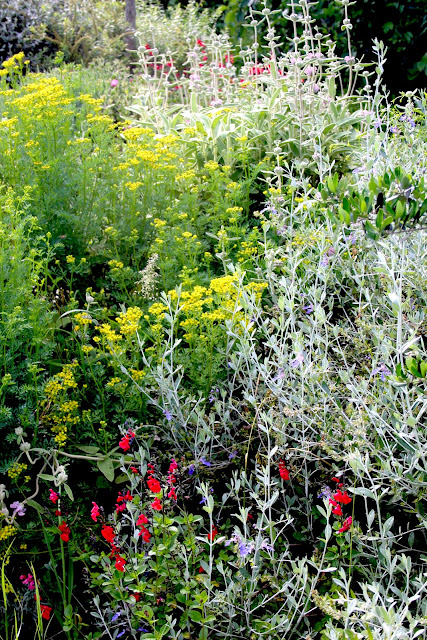 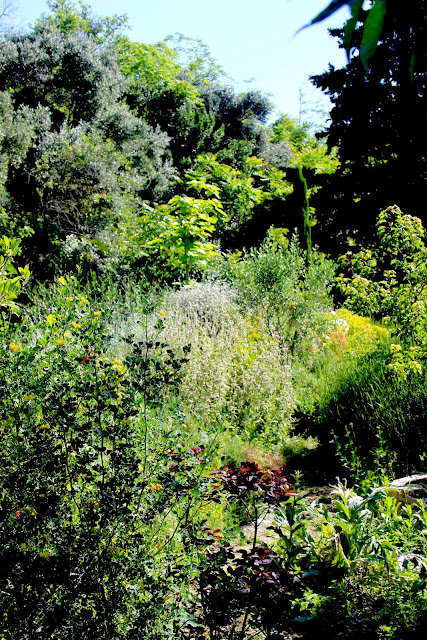 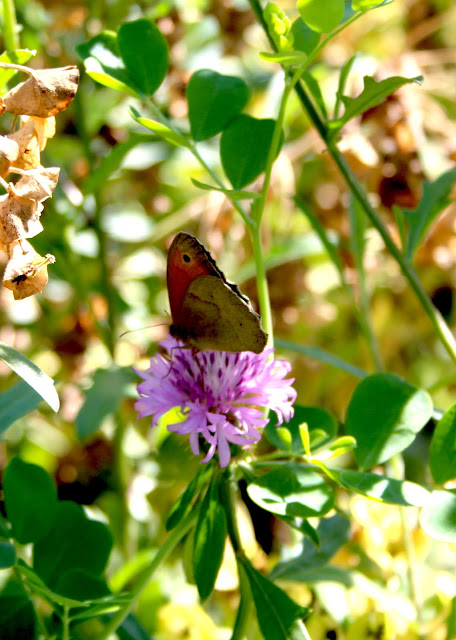 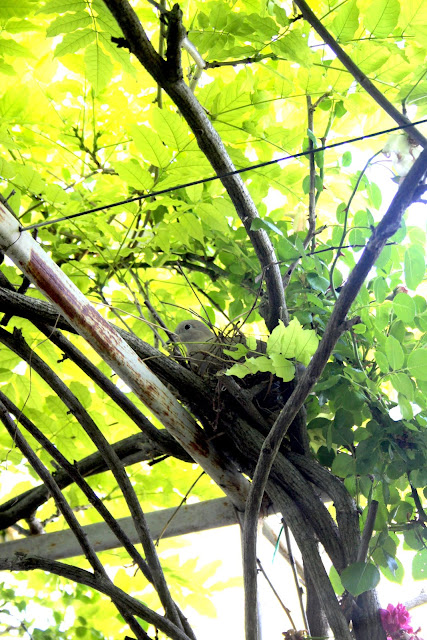 Our resident collared doves second nest of the year 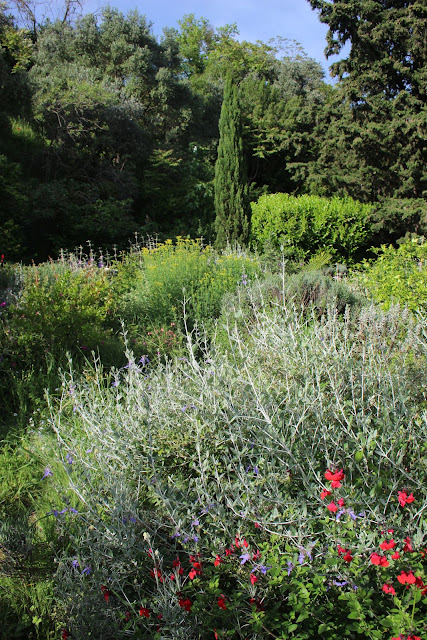 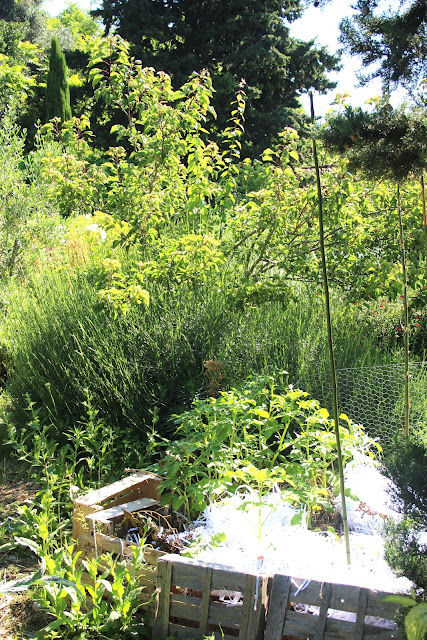 Postscript: I've just been down the garden to empty the compost bin and noticed a certain (don't know the name) vine that I usually pull off the laurel bushes is covered, and I mean covered, with honey bees...

Posted by writing and other stuff at 03:31