Water. We do so take it for granted...until it isn't there.

Our kitchen tap has been dribbling a leak for sometime now and as I discovered it had been creating a small rivulet in the already unsavoury under sink cupboard I thought I would take it, the tap, apart and just get a new washer. Simple. Job done... Not.

I did what the very helpful man said in Mr Bricolage, dug out the old bits of washer, pushed in the new one but it still leaked. Took it out again and discovered there was a further down, white, washer-thing which was also broken. I attempted a sort of mend by adding another washer which failed as when I reconstructed the tap in its entirety water spurted from several other parts. Realising we shouldn't have bought a cheap version of a certain elegant and expensive retro tap, I swore ( a lot) and threw it into the garden, which was momentarily gratifying.

So, no tap. Actually not very tragic in comparison to 50 million appalling things that were probably happening in the world as the tap arced its way into a flower bed, but on a titchy domestic scale, annoying. Rather than driving again to a DIY shop and no doubt further making further complications (plumbing is certainly not on my CV) I decided to leave it until Mark returns so we can dither jointly in said establishment.

Washing up has become a strangely delicate operation; a sort of ceremony involving pouring small amounts of kettle-warmed water into the bowl and scrubbing carefully with the wash up brush and rinsing with even smaller amounts. A bit like camping. Each wash up probably uses about 80% less water than usual, and, as I have to walk upstairs (aw) to get the water from the bathroom it suddenly becomes vastly more precious.

I will view the new tap and its contents with respect, if we can fit it. I seem to recall it being somewhat problematic due to out homemade kitchen units... 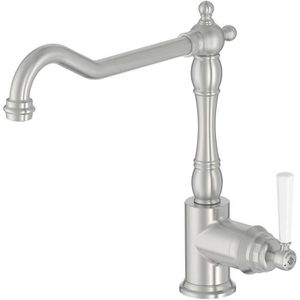 Posted by writing and other stuff at 10:41