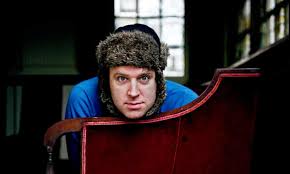 There is a Tim Vine joke which goes something like: 'I was at a raffle yesterday and they said the first prize was a toilet. I asked what was the last prize was and they said a toilet. It was a win-loo situation.' This has become family speak for the more traditional win-win situation phrase. Anyway, I did experience a win-win situation today which was so utterly insignificant on the world stage and all associated troubles but highly satisfactory in the small scale universe of our garden.

Noting that the chickens have just about grubbed all the greenery, soil, worms etc in their compound I lobbed in a wheelbarrow of weeds, earth, grass and probably more worms. It kept them occupied all afternoon; no need to make another pile of garden debris anywhere and there's masses more of it to be donated to them as the madness of weeds has only just slightly started up . . . 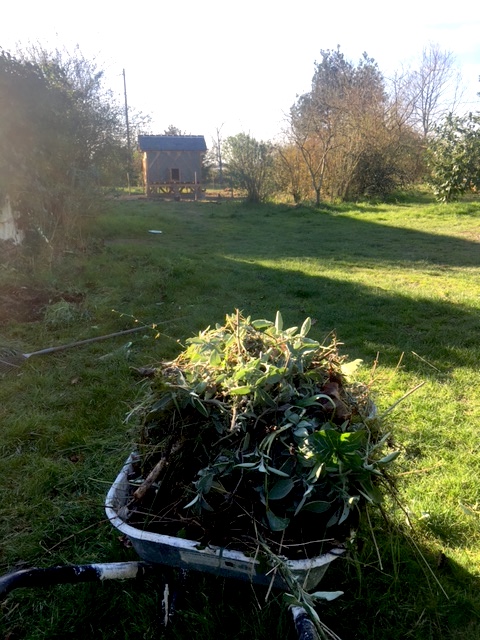 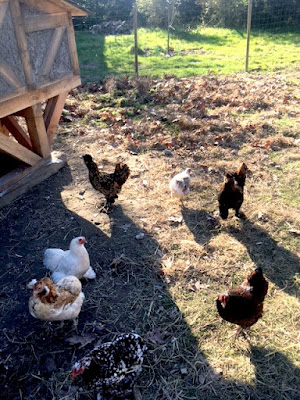 Posted by writing and other stuff at 04:18