OK. A good Sunday rant, after a stirring bout of housework.

Here, portrayed below, is a selection of Gourmet cat food sachets that Mark bought for our ginger feline. I assume he was captivated by the pure irony of this product, and he did have the beginnings of flu . . . 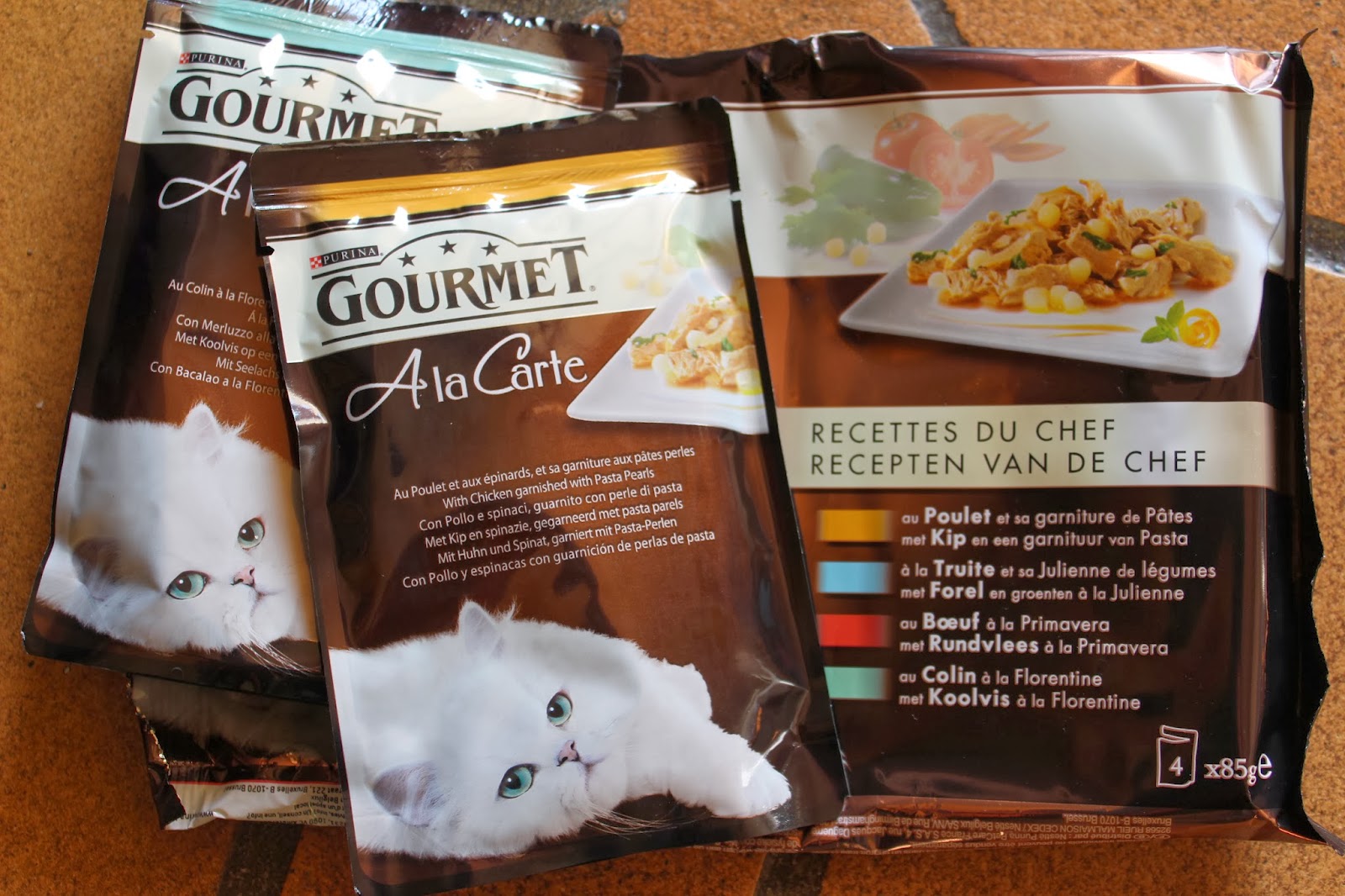 Some basic points about cats:
They are finicky bastards.
The pet industry know this.
They can make millions of euros/pounds/dollars out of this annoying cat-fact.
Cats do not eat vegetables, let alone a 'julienne' of them.
This however, is useful for the pet food people: put veg in - costs virtually nowt (talking about EU reject veg I imagine) and people somehow feel good that their felines are hoovering up veg particles as it will be good for them.
This particular pack is hyper-irritating as some PERSON in an ad meeting has come up with a fantastic idea:
'Excuse me, Mr Vanpooperstook, what about if we add a little phrase on the packet - something like 'Recettes du chef'.
'Brilliant, Mr Beenhereforever: recipes of the chef - get onto it.'
'How about a chef in one of those hats, stirring a copper pan?'
'Don't be a stupid arse, Miss junior ad-type, do you know what's really in cat food - we just have to GIVE the impression . . . '

I opened one of the said packets this morning; nano-sized pieces of slop fell out (about an egg cup full) the ginger beast fell on it and devoured it in five seconds - well, fifty cents gone then.
So, Bronzino, let's see what was in your delectable sludge, shall we.
(Cat holds up packet).
Colin à la Florentine.
Not Colin of Bracknall done in the sauce of a Florentine resident, I hasten to add: Colin being Hake, and Florentine . . . err, isn't this normally a chocolate coated, nutty fruity biscuit. Oh, I see, à la Florentine, in the way a Florentine would cook Colin/Hake (if they did) and spinach and carrots.
Anyway . . . what is actually in this:
Meat and by-products of meat, fish and by-products of fish (Hake being 4%) Protein of vegetables (of which spinach and carrots 4%) a lot of water presumably and a whole list of other scientific sounding stuff.
To break it down more: 14% protein, humid constituents (translating from French here) wet stuff (not greasy conservative representatives) 79%, 2.5 %fat, 2.2% ash, .05% cellulose. Mmmm. So, mostly grease, water, and 14% protein.
Kicked the cat out in the direction of the shed with a photo of a mouse. 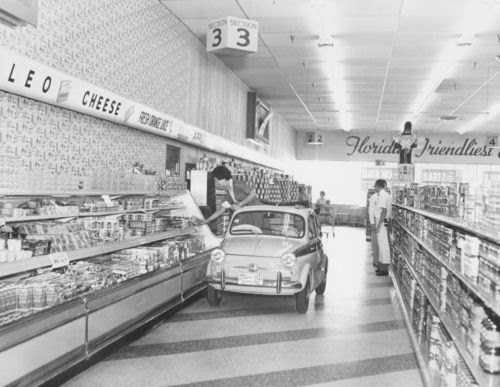 So, supermarket 'GPS' system. (I don't know what it's actually called.)
This has to be the most pathetic invention to date.
I was watching Telematin yesterday and on came the guy who does the occasional feature on the Latest Technology.
SOMEBODY has come up with a sort of half-pair of glasses that you don when entering the supermarket. Somehow, the mini-computer inside them knows (I missed this vital bit) that you are searching for condoms, and then shows you by a series of arrows on the lens where to go. So you walk robotically for the section and then it tells you what to do with them, what size, etc and then you nod your head like a slow motion chicken and it buys them for you.
Fab: next stop, ravioli - compare the makes, the cooking time, recipe suggestions, nod, bought.
Supposing you sneeze while passing the chain saw section, or the most expensive wine aisle - bottle of 1968 Chateauneuf du Pape - bought, only 328 euros.
The woman in the feature duly went around nodding like one of those car back window dogs, and then went out to load up her vehicle, thus negating all that tedious talking to people, using your instincts as to where they have moved the tomato paste and queueing, where you can idly look into other people's trolleys and wonder what they are going to do with twenty-three baguettes and a bottle of carpet cleaner.
The idea is being developed in Holland, where apparently they are spending millions on it. Useful.

Posted by writing and other stuff at 05:42