After looking at some incredible images of Detroit (as is now) in The Guardian this morning, I started thinking about our own small town and how it has changed over the years. 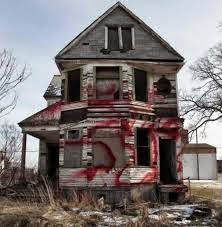 One of the smaller factors of Detroit's demise (the vast one being the decline in industry) was people moving out to nice new housing estates, away from the urban angst. This is happening (on a minuscule comparative scale) in our small French town; and probably many others.
People want somewhere to sit outside and eat, tinker with plant pots, etc; therefore when small villas on the outskirts of the town with terraces or small gardens are offered at cheap prices, they are snapped up, leaving the town centre more and more depleted.
'Bâtiment du France' or 'buildings and structures police' - sort of, are mega-strict about people building roof terraces, even part covered ones in most 'historical' French towns. If you live anywhere near a church - forget it. It's something to do with the arial view of the town - history in tact and no stripy parasols, merci bien . . . but, what about all the nasty plastic shop signs blazoned everywhere, even in the central square with its fountain and arches. What about the plastic doors and shutters? Why aren't they concerned with banning such items? Why the policing of a few roof terraces?
I'm no town planner, but common sense would suggest that if people had their sitting out area on the roof of their town house, they would be less likely to crave a new villa, and have to drive to the out of town 'malls' for those 'oops, forgot the cat food' moments.
Maths.
Populated town houses = keeps the town centre alive: shops, restaurants etc.
Busy, well-kept town = tourism.
Bigger population in town = less driving everywhere, increased need for local shops; more taxes for the Marie, etc, etc.
No doubt there is some bigger motive for the construction of all the yellow and pink boxes, to do with local politics and bigger taxes coming from all the supermarkets now clustering around this town like ugly, square battleships; but there just seems to be a total lack of future thinking.
When I lived near Matlock, Derbyshire, the same thing was happening then, with regard to 'out of town' shopping, and on a huge scale with the terrifyingly huge Meadow Hall complex that apparently cleaned out most of the independent shops in Sheffield.
Anyway . . . where was I? No idea. But here's a picture of the balcony attached to our old town house to demonstrate how much greenery, flowers and thus insects and birds one 3m x 1m space can hold. It was just enough space to take tea on, listen to the swallows wheezing in the summer skies and sit gazing up the road at Madame cat-hater planning her next death attack. Enough to feel you could experience 'the great outside', and be able to walk up the road for a fresh baguette.
The balcony would have been added in the 1950s (highly unlikely to be allowed now) before the town planners had really woken up and Bâtiment du France were probably more embroiled in after-war re-construction, if they even existed then. 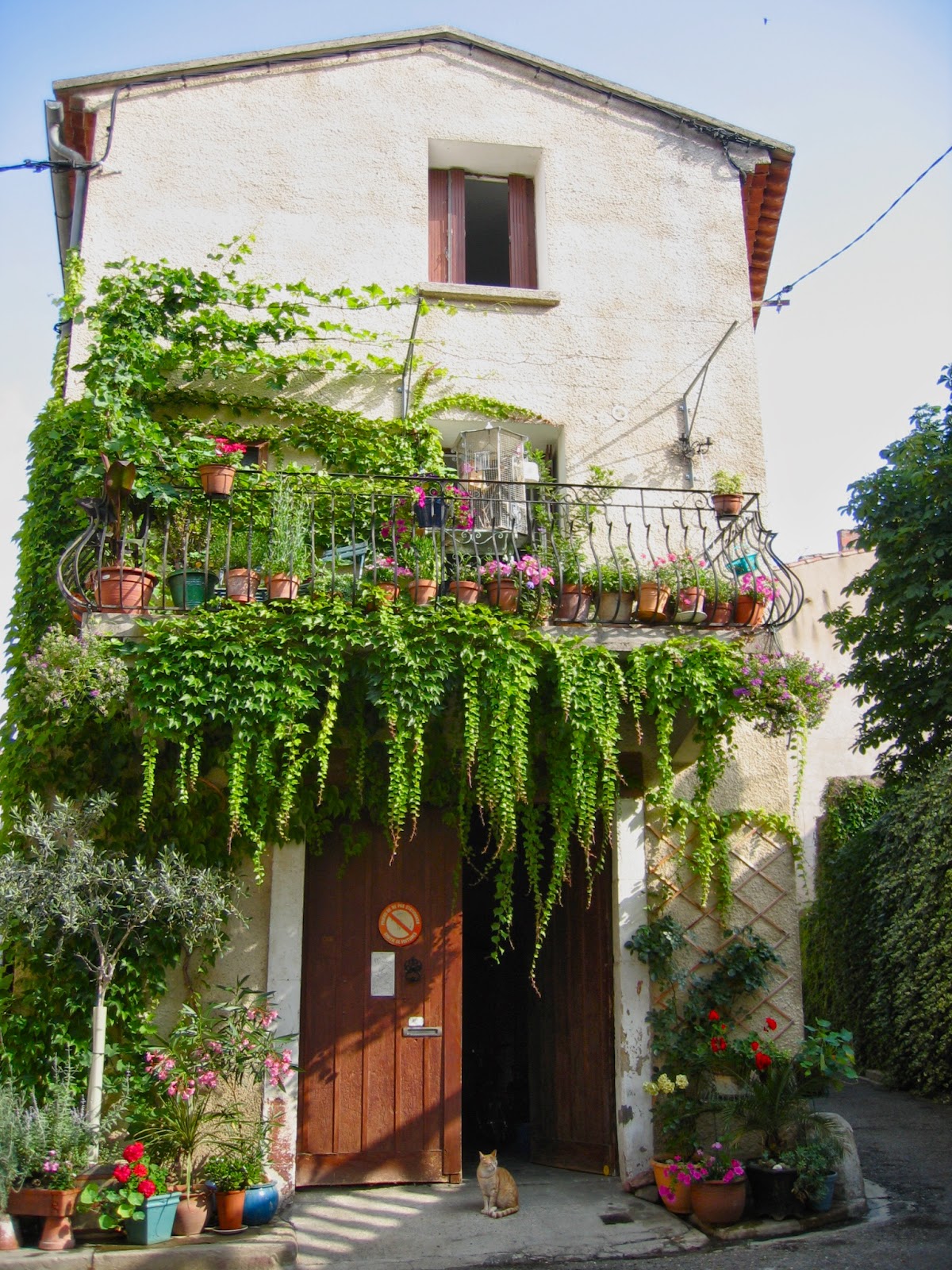 Posted by writing and other stuff at 03:05