After a fairly tiring day a couple of nights back, I hastened to the sofa in my dressing gown to collapse in front of the T.V. I had surely earned that time of pleasant semi-vegative state having worked solidly since six o'clock in the morning . . .
'Where the hell is the remote' I cursed, throwing cushions and dogs to the side in my frantic search for the black plastic thing. Mark joined in: nothing. We stood about uselessly after a while wondering whether to resort to a BOOK. In desperation I had one more look and found it hidden down the back of the sofa.
I slumped, channel hopping, until I came across a program about dangerous routes of the world.
Good. Armchair travel.
We need, (we of places in the world where being able to slump on a sofa and have time off is taken for granted) the odd kick up the arse from time to time; to think about someone's else's life where a lost T.V remote wouldn't even figure in the smallest, microscopic bit.
The documentary featured a truck driver in Papua New Guinea, who's daily life consisted of driving, on average, ten hours across terrifying, mountainous terrain to deliver goods to small villages.
He was pictured before his day's mission closely inspecting his tyres for any possible damage; as to stop would most certainly end in attack from road bandits. He then said goodbye to his wife and two small children, and set off.
About eight hours solid driving along deeply pot-holed roads later, he stopped to refuel at a village - not the truck, himself - with Betel Nuts, a stimulant that all the drivers take in order to keep awake through the impossibly long hours.
He arrived, eyes red-rimmed, and started to unload. Job finished, he then prepared to drive back, after no sleep.
About two hours later the truck, along with other vehicles, was stopped by a road block. A tree had fallen. Local villagers were clearing it away and charging the drivers. Our lorry hero smiled sleepily and said it had probably been felled on purpose and that he would have to pay, perhaps five euros, may be two if he was lucky. From the gravity of his words I imagine five euros would form a lot, or all, of the money from his hours of work.
Three hours later he was driving away facing the rest of his eight hours having managed to barter a fine of two euros. He smiled again, teeth stained red from the Betel Nuts, and said 'I can return now. My wife and children will look after me.' 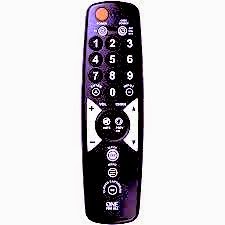 Posted by writing and other stuff at 01:39