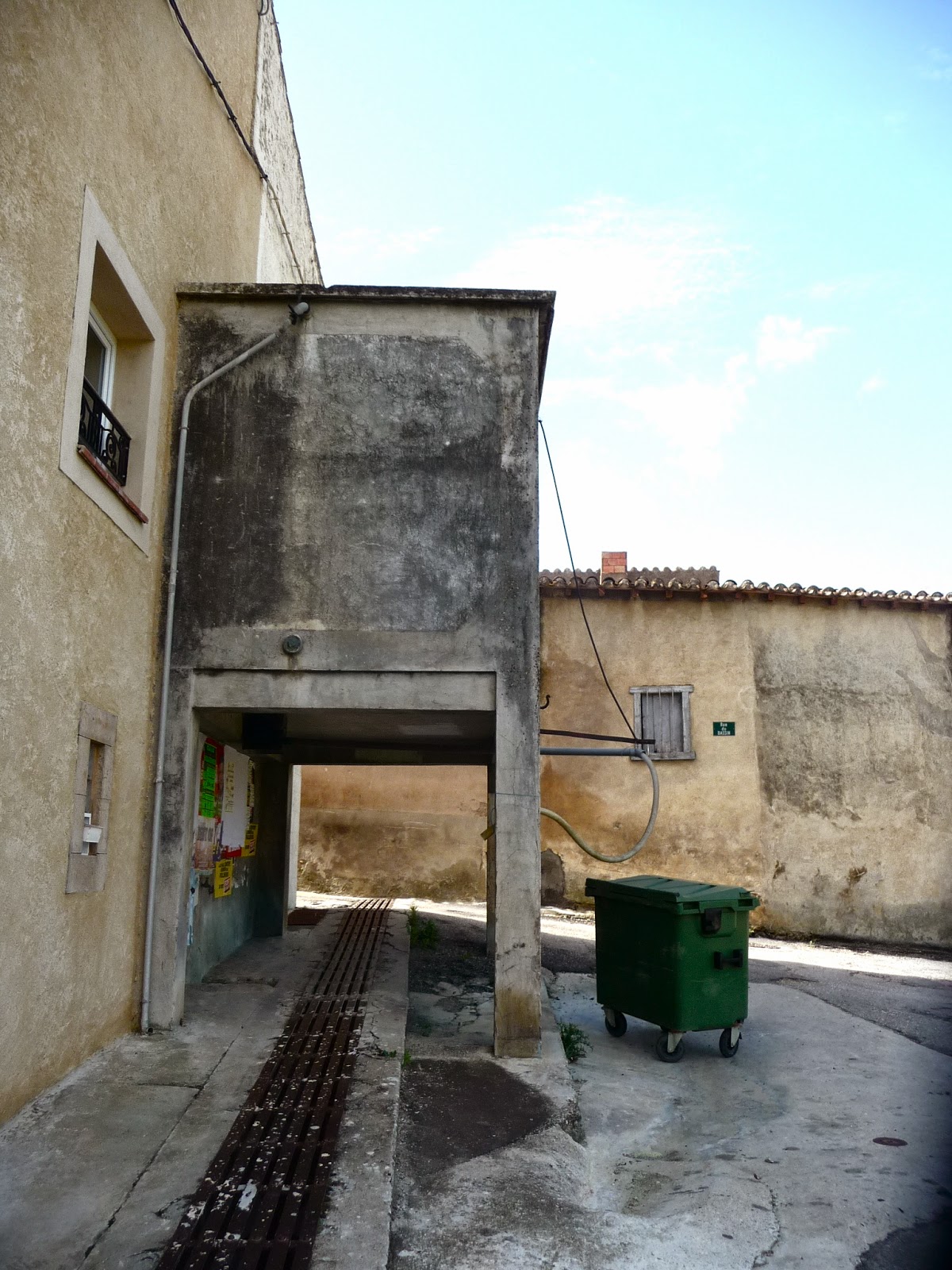 There are many of these concrete water holders dotted about near the villages around here, sometimes decorated with an attractive azure-blue flush that comes from diluting the copper sulphate used to keep mildew at bay on the vines.
I hadn't seen one of these buildings attached to a house before as they usually seem to be on their own at the edge of fields rather than starring as a major part of a village. I wonder if the house owner had liked/minded/had no option about, the idea; the 'Marie' presumably said 'This Is What Is Going To Happen', and it did.
It's obviously serving as a useful shady place to stand and reflect on the notice board featuring, amongst other crucial news, which band will play at the village fete this year: Mission, Abyss, California, Motel, London, Liverpool, Lithium, Cocktail de Nuit, to name but a few; when it's time to start shooting things again, and the new hours for the bread van to pass.
Posted by writing and other stuff at 00:33