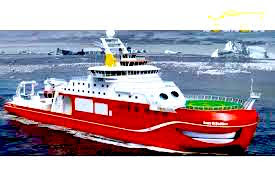 Hooray for the British public - and what do the persons suggesting such a naming competition expect from an island steeped in Monty Python, Reggie Perrin, Armstrong and Miller, Eddie Izzard, Reeves and Mortimer, and the like?
Ice queen, The Majestic, Red Prince, Great Explorer? No - rather, Notthetitanic, What Iceberg, and the superb, Boaty Mc Boat Face.
Something has certainly changed in the 'general public', not just added absurdity in humour, but a general mocking of authority - and is it any surprise after the all the money scandals of the past decade or so? People would once believe their pension to be safe because they were told it would be; people at the top of huge corporations who earn bloated salaries must be right, yes? Seems not . . .
I vaguely remember the naming of the sleek, white aeroplane in the 1970s - Concorde - a sensible enough name, but I don't remember any huffing and puffing from the organisers over names such as Plany-plane-head, or Mr Pointy White Thing. Did anyone suggest anything wonderfully stupid? Maybe not; maybe it was before super-ironic comedy hit our screens, or maybe we just believed everything we were told back then . . . 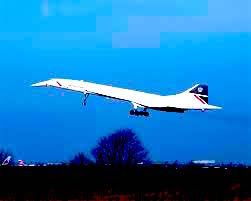 Mr Pointy White Thing
Posted by writing and other stuff at 09:08