I've been thinking about making a chicken run/coop, etc for about eight years, but it just never seemed to happen - cost, worry about another thing to deal with, dogs and so on, but when my brother appeared for a small break a few days ago the idea changed to an actual project.
"What would you like to do?" I had asked him, innocently - thinking of all the stacked up DIY failures to be addressed.
"Hang out with you," he had said.
"Could that involve building a chicken shed?"
"Lead me to it!"
What a wonderful brother . . .
I suppose I had thought (as with most building projects that I ever get involved with) that we could slope around the garden a bit and find some old planks, wire etc and cobble something together . . . We share many traits, me and brother, but scale and correct planning of a construction is not one of them. He had stared glassily at my selection of manky wood, etc, and, after a period of thinking/sketching suggested a trip to 'Mr Bricolage'.
So two days later, and a large removal of material from said shop, we have a magnificent pen, coop, and an offspring (Ezra) who knows a whole lot more about measuring wood, sawing, drilling, and general construction that he did a week ago. 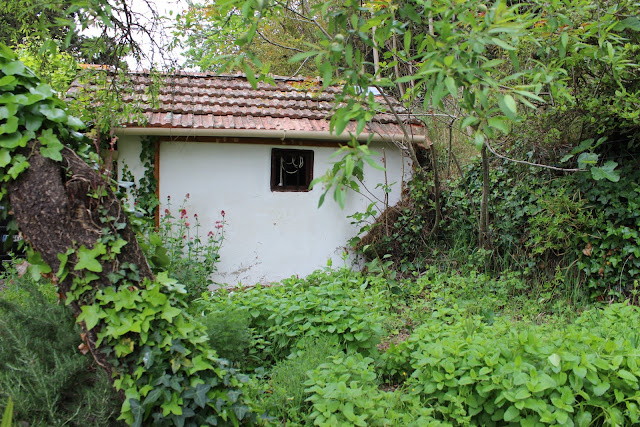 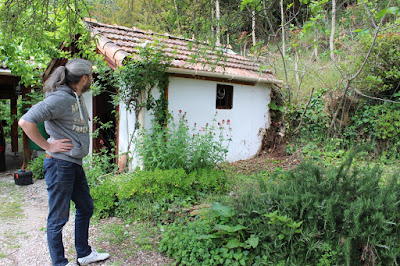 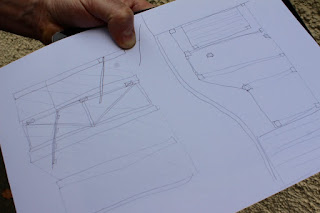 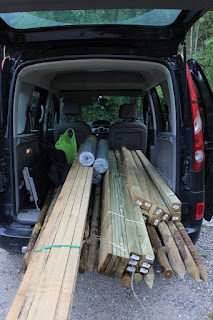 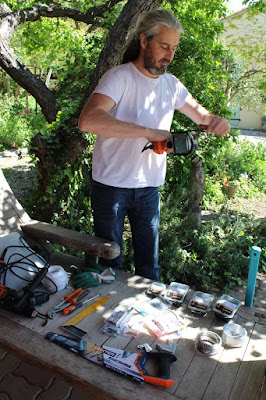 The proper equipment and a bit of organisation before we start . . . 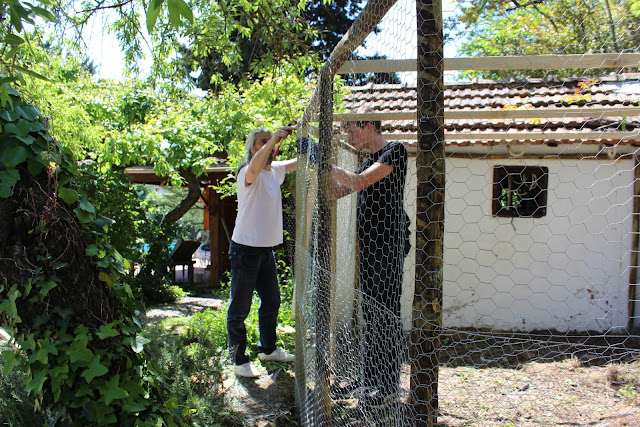 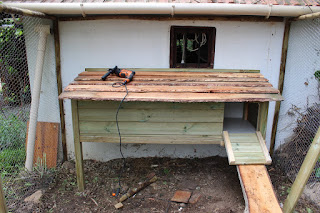 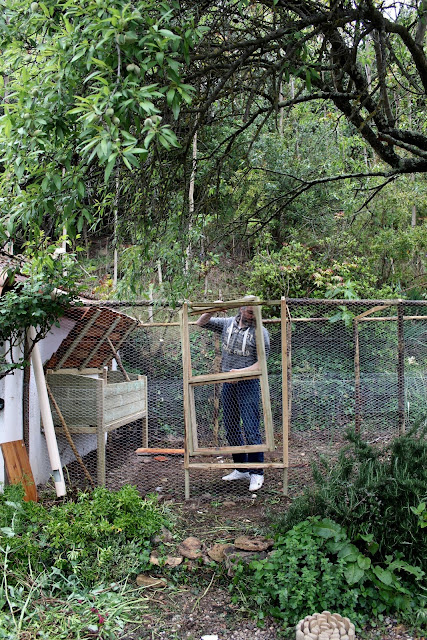 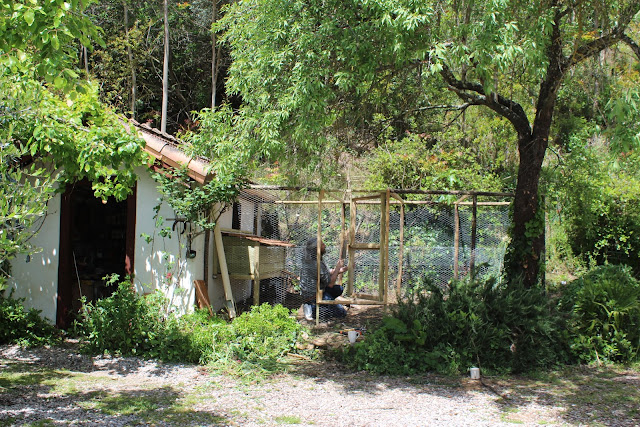 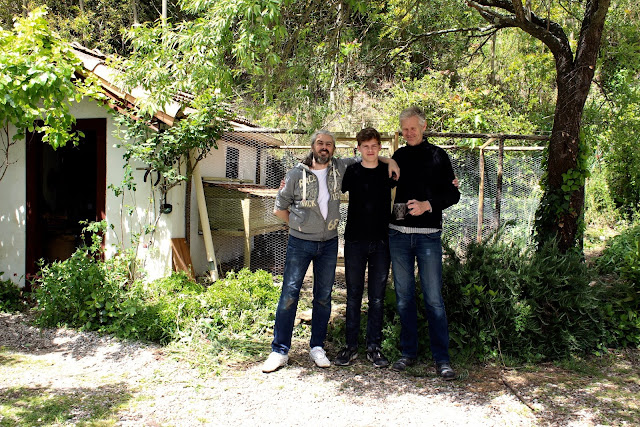 Noticing it was about two hours before his flight home, we led Adrian away from the construction site assuring him we will finish the roof, and pack all the tools up correctly . . .

Posted by writing and other stuff at 02:24