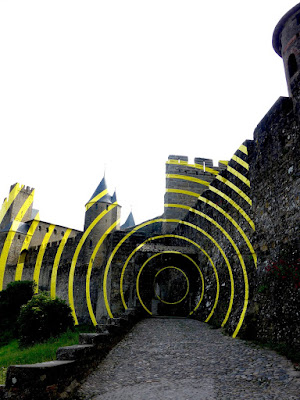 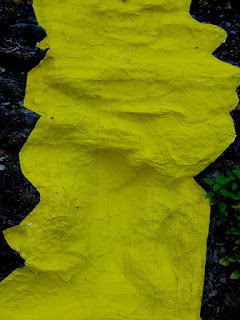 I just read a local newspaper article in which a woman said: 'looking at this spoils our lives'. This does seem a little extreme - it's not permanent, either in time or paint, (as some onlookers assumed). After my visit, I think my overall feeling was pride, and wonder, that our local tourist attraction had been honoured in such a way.
Posted by writing and other stuff at 08:03