The breach for me, thankfully, not being a battle zone as King Henry was about to enter - more my own tiny inner-brain conquest to get words into some sort of order and eventually become a book.

This time, I thought I'd try and plan it all a bit more but already the characters are running off meeting other people and claiming accents I hadn't imagined them to have.
This idea started after drooling over a particularly beautiful cheesecake - the sort of thing that someone posts on Instagram before they shove a fork in and start chomping - and grew into a bigger idea about the whole look-at-me phase of human history we seem to be in. Maybe it's always been there to a certain extent: the desire to show, to solicit attention, and pump the ego but now the cry to be noticed appears deafeningly loud.
In my last post, I mentioned the effect Social Media has on me if I'm feeling a little low - a quick posting and then too many subsequent checkings. I'm better writing, however 'jumping off a boat into the unknown sea' it feels like. An hour's writing and I feel accomplished, set up for the day and if I can get back to it within a few hours the idea-thread doesn't unravel too far allowing me to press on unto my own personal breach.

A siren Doppler-Effects its way down the street as I shove the covers away and stand up. The phone slips and falls to the floor, skidding on the lino to stop in a slew of dust. Picking it up, I brush off the clinging deposits and glance at the screen.
A photo has emerged from the library I was mindlessly trawling –  a pot of rudimentary stew balanced on fire-blackened sticks. Before I can click the image away, it, and what happened after on that camping trip is lodged firmly in my morning-empty mind.

A 'bit' from my new novel: Post 473.  Blackcurrant cheesecake with caramel crunch topping. 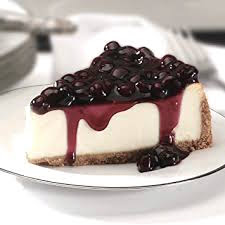 Photo - Amazon
Posted by writing and other stuff at 09:52