Social media stagnation, removing yourself from it and being productive 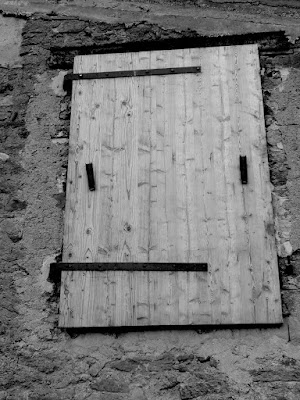 I felt like this yesterday, and the day before - slightly perplexed, slightly anxious, and cross with myself.
The reason was part mega-procrastination due to not being sure about which direction to go in writing-wise and part waiting to hear something positive - or un-positive - about one of my manuscripts. The procrastination element was largely in the form of Social Media. It has its uses, and if you are feeling buoyant and in control, it's great to dip in and out of. If you are feeling rather more unsure, confused and ego-squished it's an insidious, clinging thing that sets up camp in your mind and crushes the creative urge.
I like Instagram - on the whole - mainly using it as a species of diary/journal/instant portfolio of everything I do, but when the doubt starts seeping, I'm on it far more than is healthy - checking likes, comparing numbers of likes other people have, posting something new just to get that little phone-lighting up fix.
FaceBook . . . personally I find it depressing. I've read and listened to enough Ted Talks, etc, to know it's not just me. Posting the odd weird picture, or beautiful landscape, or sharing an unforgettable image works - again like a sort of life-diary but only in homeopathic amounts. After even ten minutes of scrolling I feel empty and dull, even if I was feeling positive before going on the site. It has its uses - announcing a gig that Mark's doing, acknowledging a friend's new baby/business/wedding, etc, but if things are not steaming ahead on your own personal horizon seeing everyone else being shiny and great makes everything so much greyer - if they are indeed having such a great time. Maybe everyone is staring back at their rectangles of blueish light feeling terribly inadequate even while posting pictures of five-star cookery and new patios.
Twitter . . . no idea. Could be useful one day when I get published, (being positive here) so I have my place on the platform and post the odd surreal picture; like a few friend's comments on the state of the world and don't do more scrolling than a couple of minutes.
I think it was Will Self who was talking about reading a book as oppose to S. media screen stuff - the fact that books and articles have natural stopping points allowing you to go and do something else whereas the continual scroll is difficult to stop - just a few more posts . . . Mind you, I've just read Umbrella which has no chapters or breaks . . . but I needed to stop very frequently just to digest the wordage and complexity of the book.

This morning, faced with three possible semi-written, follow-up novels, and the procrastination-demon lurking, I started writing a completely new book, the idea of which had been gestating away in a deep recess of my brain for a while. Rather than try and plan anything very much, as is my won't, I plunged into the thing - which is about Social Media - and two hours later the haze of what the F am I doing sloped off. I didn't check my phone all morning. I haven't looked at FB or Twitter. I've written, cleared out the bathroom cupboard (ugh), prepared our B and B room for guests, cleared up my computer files and cut back some of the rampant garden: all stuff I've been meaning to do but had put off while pootling about on Google and my crap old iPhone had seemed easier.
And lo . . . this pro-activeness has somehow produced positive things.
This afternoon, I've had a useful email regarding the manuscript and have been contacted by someone else who wants to talk about my work. Can it be, as I've often wondered, that kicking yourself up the backside mentally and forcing a new direction that other things start to un-stagnate?
Whatever creative things you like doing - painting, singing, gardening, running, cooking . . . do it and maybe don't post it. 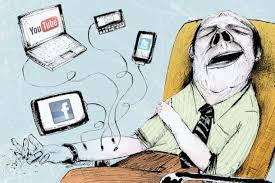 Posted by writing and other stuff at 07:01