Two ferrets and a Soda Stream

Nope - not a new Curtis film, the result of going early to a Vide Grenier (car-boot/yard-sale) this morning - not that perhaps anyone else would have bought ancient taxidermy specimens. (Except Andy, if you read this). Five euros a piece - s'got be a bargain! The soda stream has yet to be tried but I can't see there's much to go wrong there. 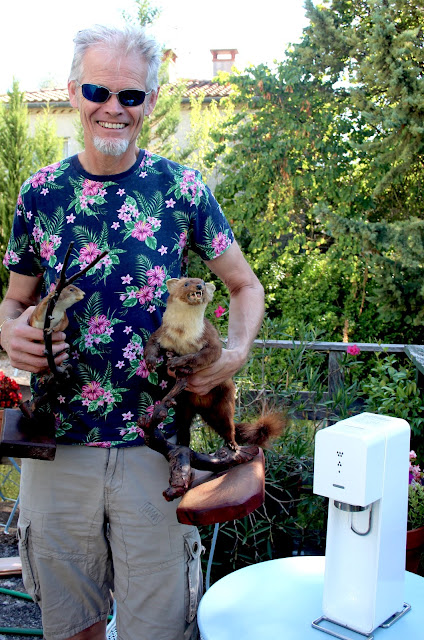 So, what else has this season's scavenging unearthed? It's been a good few Sundays - last week procuring several shirts for Mark at a euro each. Actually, this is odd - how we always seem to find him shirts as he's not exactly a standard Southern France man shape, more Nordic, Viking, even.
Last weekend also resulted in clothes for me, a huge salad platter, an exceptionally nice etching for 5 euros, teapots to replace broken ones, a 1970s wall-hanging to funk-up Mark's music room and various other (mostly) useful items. Why anyone bothers to shop for new stuff is a mystery to me - OK I draw the line at certain things like . . . underwear, and . . . that's about it. Maybe not a second-hand pressure cooker - bit scary.
A bit scary, is also how much stuff we, the human race - or at least the members of it who have manufactured all these non-vital things - have managed to accumulate over a relatively short period of time. This was just one small amassing of a few folk's spare room rubbish, in one small French village. Imagine all the millions of boot sales and variants of, all over the world. Eek. We are indeed heading towards a possibly not too distant new Earth-Epoch - Plasticusgallusossum era, perhaps. A plastic and chicken bone sedimentary layer. The end of the consumers.
Oo, dear, this is getting a tad dark.
Time for a cup of tea in one of our new 1970s brown teapots. 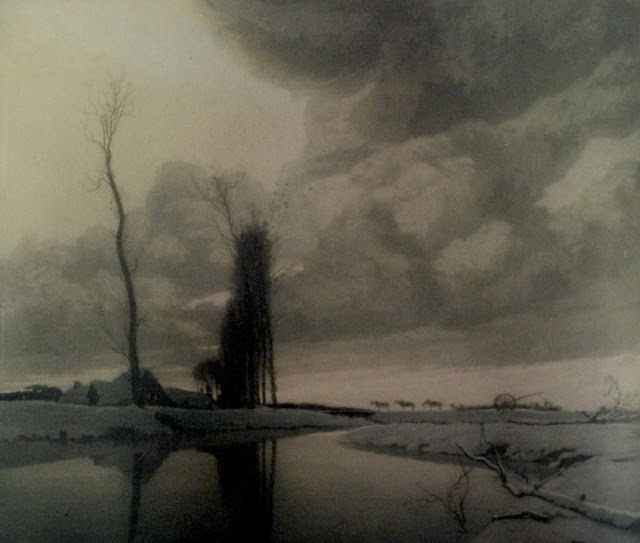 Suitably apocalyptic and lovely etching from a couple of Sundays back.
Posted by writing and other stuff at 02:28