We nearly didn't as the sky was uniform grey and rain approaching. But we did - quite a long one directly from the house and no car involved. Think I am going to start a series of 'deep topography' walks taking in the landscape surrounding our house and town. There is always so much to discover, appreciate and re-appreciate just in the familiar territory.
Today, I was drawn to look closely at lichen - what weird and wonderful stuff - the wikipedia definition:
A lichen is a composite organism that arises from algae or cyanobacteria living among filaments of multiple fungi species in a mutualistic relationship. 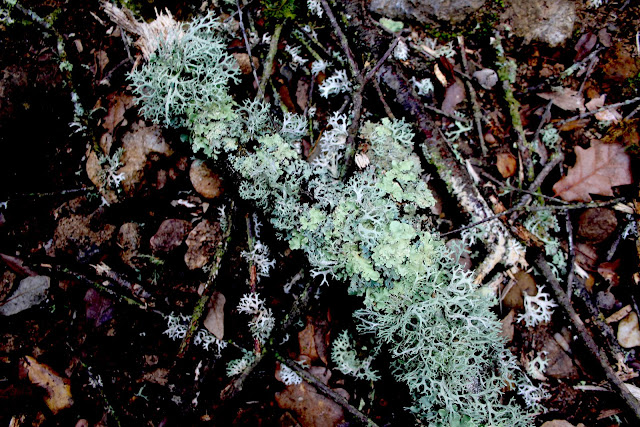 Also on the walk we nearly tripped over a large oblong slab of stone with names and dates engraved within the fissured granite surface. I vaguely recalled someone telling me years ago that there was such a thing on top of the hill crest from Limoux to the next village but I couldn't recall more than. that.
We were enlightened a little later by an elderly man driving on the back road to Limoux who stopped to admire the hounds. Apart from obviously being impressed that we had done the longish circuit he asked whether we had seen the stone slab - dedication to Jean de Brunhoff's great grandmother, (he being the author of Baba the Elephant). Ah . . . that's what it was . . . 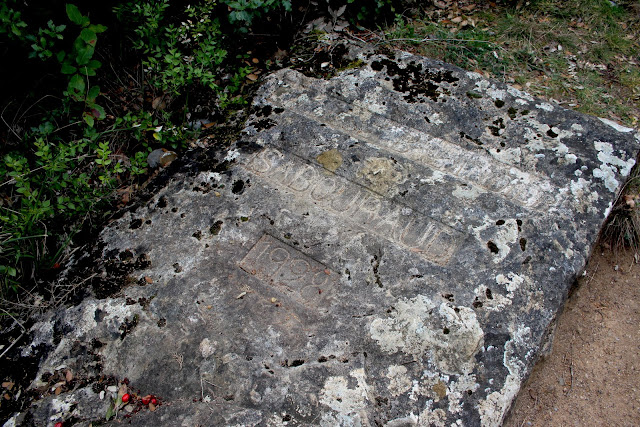 We arrived back in Limoux just in time to witness the Arago Carnaval group's very, very strange 'theme' - each group present on the morning of their 'sorti' a mini theatre production of a few minutes - something usually political or something referring to local happenings; occasionally cultural, almost always bawdy with lots of sexual references, fake breasts/backsides, fresh fish, leeks, nuns' habits, men dressed as prostitutes . . . etc.
This particular theme with live Star Wars soundtrack played by the carnaval musicians (mostly brass and percussion) involved the unearthing of some sort of space ship? out of which appeared a very small and curvy woman with nowt on her top half except a few strings of beads, a masked man and the dummy of a baby . . . err. I asked various people if they had a clue to which they said, "beh . . . non."
Anyway, it seemed to go down well and everyone disappeared into cafés to drink pastis. We went home to make lunch and celebrate the rest of Mark's birthday and drink tea. 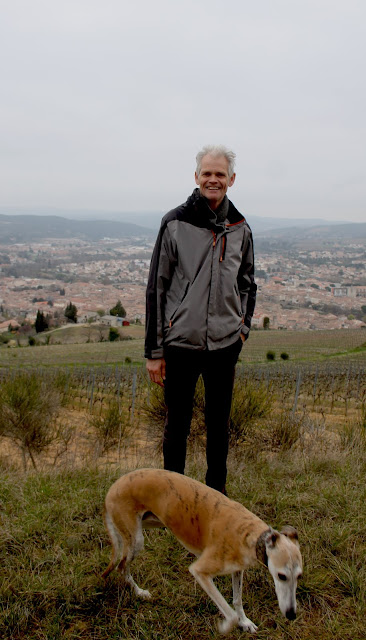 Posted by writing and other stuff at 08:18