My old Lumix (had been consistently used for many, many years) died a few days ago and after looking at prices of new ones I wandered virtually over to 'Le bon Coin' a great source of buying just about anything second hand.

After wading through the numerous choices (obviously phones have largely taken over from small cameras) I found one which looked good, had all its bits, cables etc and sent the seller an offer - as it suggested on the site that you could. She accepted and four days later I went to pick up the very carefully wrapped package from our local grocery shop. I don't know if all countries have this system but it certainly works brilliantly in France. Much cheaper than La Poste and almost always utterly reliable.

I'm delighted with my purchase. I think it has perhaps never been used as its screen suggested I set up the clock and date which was pre-set for 2008. Date set, a few snaps taken, provided card checked and the photos are now on the computer. It works perfectly, the screen graphics a tad laughable if I was worried about such things, but happily much simpler to operate than my last, well over-complicated Lumix, and a lot better made - metal body and chunky, possible to get wrong, on and off buttons, etc. 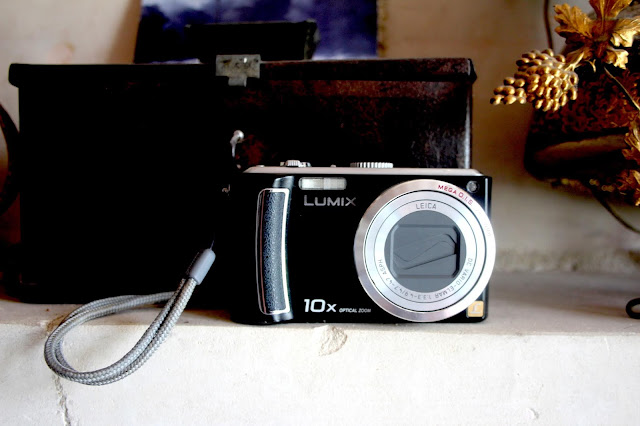 Posted by writing and other stuff at 06:36