My God, it's vague this time in France. The only time I've seen a gendarme was a small clutch of them in a wood doing, I don't know what, BBQ? possibly a drug stake out . . . there are some seriously addicted rabbits around here. 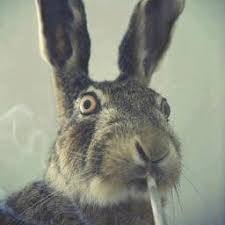 A couple of days ago I drove Mark to the station in Saumur so he could go to Geneva for a gig (slightly further than the allotted 10km) but that seemed to be okay with a attestation for work. I was at that point in a different department - in fact if I step over the road outside our house I'm in a different department; could that be a problem for dog walking? Possibly.

On the way back from the station I called into a shop called Action which specialises in unnecessary items, which appeared to be open despite the fact that all shops selling unnecessary items are supposed to be closed. I hate the shop but they do have the cheapest ever sofa 'throws' which are perfect for dog grit/soil, general filth as they can be washed and dried in about an hour. Mais quoi! They had covered about a third of the shelves in plastic which was adorned with notices stating these particular items could be bought online. So . . . I could buy: plastic plant pots, hair ornaments, deadly looking sweets, plastic guns, pillow cases, gnomes, air freshener, crisps, pretend bamboo, plaster buddhas, cushions, etc, etc, but not a sofa throw, mugs, a trowel, envelopes or pants. Who decides all this? Are pants less essential than gnomes and air freshener? I would probably say absolutely none of it is essential and that I could perfectly well make do with using an old duvet cover - in fact, I will. 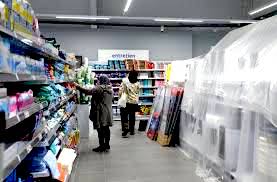 Also, is any of this going to make a difference? There are plenty of people who would or will spend much time fondling tableware in close proximity to each other, same for cakes, shampoo, and meat! the numbers of people hanging over the refrigerated meat section in Super U in joint salivation was quite astounding. Last time I went in there a week ago, all underwear was sectioned off with that sort of police incident tape, now its all untaped - go ahead, feel, compare, choose, loiter . . . in fact the only bit sectioned off appeared to be slippers and towels . . . Maybe they have to do a type of rotation to enable fans of pants or slippers or gnomes or place mats to have their fix.

I suspect there is no plan with regard to shops, or the government. Right, off to find an old duvet cover. 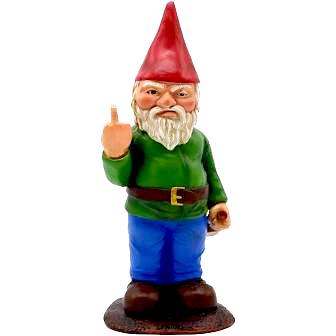 Posted by writing and other stuff at 06:11