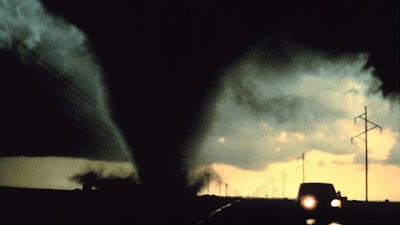 A few days ago we experienced, in this usually placid agricultural region of the Loire Valley, a tornado . . . well, I say experienced. I was asleep with a pillow over my head after several insomniac nights. People who were staying with us said they saw, through a top floor velux window, what they thought was a murmuration of starlings in the distance; a twirling dark mass which as it came closer was revealed to be branches, slates and bits of roofing. The noise must have been tremendous as it ripped through nearby trees but I heard none of it. On waking, I realised what had happened and that somehow our house and garden had been spared.

Over the afternoon we realised how much local destruction had happened, especially in a village a few kilometres away called St Nicholas de Bourgueil. The bell tower of their beautifully restored church had been chewed away by the whirling winds, as had many roofs of houses and shops. I took a drive around to see where the tornado had passed and it was as if the tunnel of cloud had indeed walked - down roads, through wooded pathways, passing through people's yards, via cycle routes and on to the unsuspecting village. 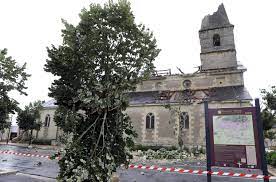 The saddest thing was that the beast had lingered on the land of two local organic farmer's land. It had ignored the giant greenhouses of the huge multi-corp agricultural company nearer the river who are no doubt insured to the nth degree but had decimated the small greenhouses and trees of the two small producers. I say lingered, it had probably been a few minutes but enough to pulverise ancient plum trees, chicken houses and hedges. The roof of Julian's house was actually momentarily lifted off and replaced - of course with structural consequences. 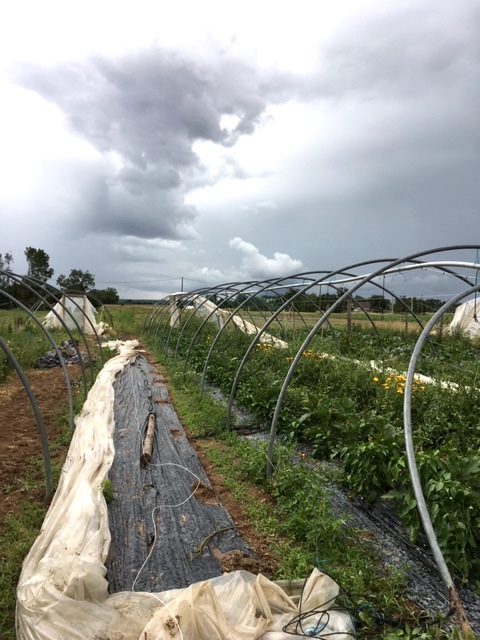 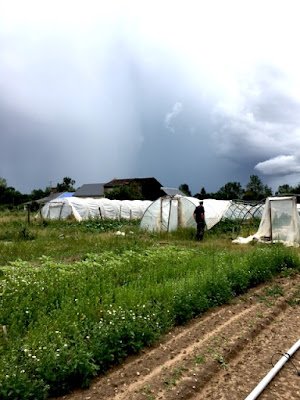 We have been up everyday, dividing time between our two friend's places, helping them reconstruct what they can. It was heartbreaking on the first day to see Jean-Paul staring at the floored trees with a look of utter bewilderment, but a few days on and with much help from various friends the place is beginning to look a little more organised. I've learned a fair amount about poly-tunnel re-construction, how to tie up mature tomato plants, the best way to attack bramble hedges, and spotting Colorado beetle eggs. 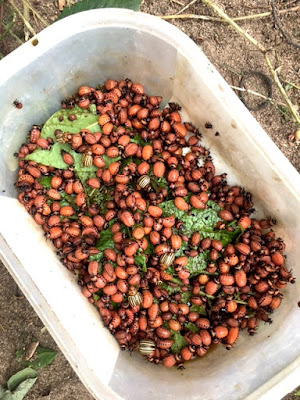 I usually love storms, the low rumbling precursor and following light displays, rain, wind, all of it but now . . . well, there's an added frisson which is rather less welcome; the thought of another tornado's walk. Apparently there was a smaller version about twelve years ago but no one had ever seen anything like this before in the region. The insurance companies - all the evaluators out in force - will, I assume, mark it down to an 'act of God'. Sadly, it must surely be seen as an act of Man along with all the other increasingly weird and damaging weather patterns.

Posted by writing and other stuff at 23:42