A bird can make a day

In my case they always do. However complex the day or low the mood the sighting of birds, or even just one lifts my spirits. I'm not a bird spotter, more a bird admirer; someone who is constantly fascinated that birds exist all around us, a free and marvellous show of movement, colour and incredible sound.

Birds of the past week: a flotilla of tiny ducklings, legs paddling frantically as they attempted to keep up with the mother duck on the little river near our house.

The yearly visitation of the exotic Hoopoes, hopping across the lawn, beaks stabbing at worms to then take off with their wonderful floppy striped wings and land again in the silver birches, their odd calls echoing around the garden: hoopoepoepoe. 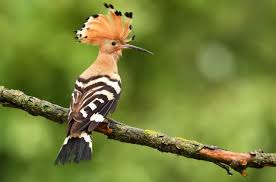 A pair of Lapwings circling and dancing above a newly planted cornfield, their strange electronic sounding peeps and whistles startling in the early morning silence. 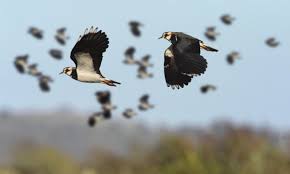 Cuckoos: absent last year, or at least I never heard one. This year we have about six within the different copses of trees surrounding our house, the cuckoo, cuckoo, cuckoo a sort of call and response opera embellished by the chattering sparrow commune of our laurel hedge. 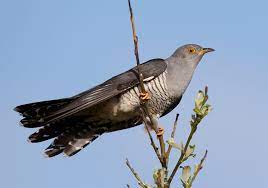 The Golden Oriole. What a song - strange and beautiful liquidy sound. However much I have peered upwards into the tree tops I've never actually seen the bird, surprising as it is bright yellow - not really golden, but perhaps Yellow Oriole wouldn't sound so poetic. 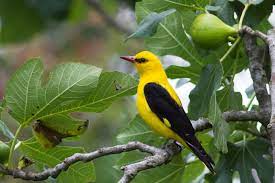 King of singers: the Nightingale. Our birder friend Johnathan would probably snarl slightly at my mentioning of these songsters as he considers their singing so robust that it drowns out all other birds but who could not be entranced by the the complex and magical sounds this little brown bird can produce. 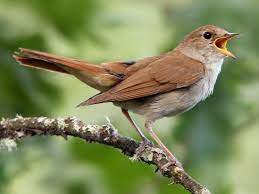 As fate would have it, I started writing this blog yesterday to then receive a B and B booking from two ardent bird spotters drawn to our site which mentions that we are part of the LPO (like RSPB). Our guests set out this morning with binoculars and were immediately in rapture after sighting, apparently a very rare bird in the garden which has yellow eyebrows - or maybe I misheard. Anyway, binoculars must be obtained, and birdlife more seriously catalogued.

Posted by writing and other stuff at 02:01