I've always been totally drawn to getting in water. My childhood is highlighted by memories of visits to Southgate Baths in North London and our annual holidays at the Dorset coast where Mum and I would stand in utter awe at the glittering blue expanse before hurrying down the cliff path and plunging into the waves. But it's not just the obvious waters such as municipal pools and the sea, I only have to pass a reservoir, river or pond in the warmer months and the urge to immerse myself surfaces much to the eye-rolling of Ezra if we happen to be on a explorative road trip. 'Mum . . . really'? 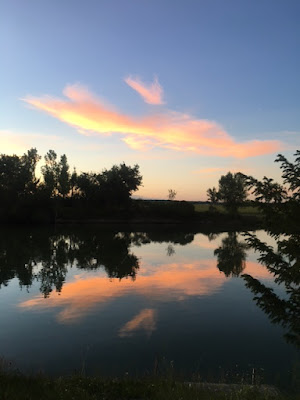 Local pond surrounded by keep out signs, which I ignored a few nights ago - great swim!

We were lucky enough to have inherited a pool with our previous house, a typical rectangle of turquoise which we and especially I used intensively from early May through to late October, and thus the urge to get into any available water was somewhat quashed for many years, although ocean visits still remained the top experiences.

I assumed when moving to the Loire and seeing the vast placid expanse of blue water that I would be able to get in it but sadly it is not recommended/forbidden due to the mysterious currents. There is one area where the Vienne meets the Loire where it is possible but it's not near enough to be very useful. Last year I did find a pond in a forest not too far away but it's on a path frequented by marathon trainers which provokes all that embarrassment of peering about while balancing on one foot trying to get knickers on at speed before a team of lycra clad folk storm past.

This year in part due to the early and scary heat, I spent time seeking out other water possibilities and am contented to say I have found the perfect spot within cycling distance and or excuse to take dog slightly further afield. The Changeon river starts near Gizeux and doesn't pass through any industrial areas - it probably has its fair dose of unpleasant stuff sprayed onto the vines of the area but the fact that water lilies and dragonflies are very present makes it an attractive proposition at an air temperature of 38 degrees or so. I just looked it up on the map and the surrounding forest appears to be called: Le pont de paix intérieur - the bridge of internal peace. poetic! I've swum there about six times now and so far and its a marvellous, and indeed, peaceful, close to the day at about nine o'clock. 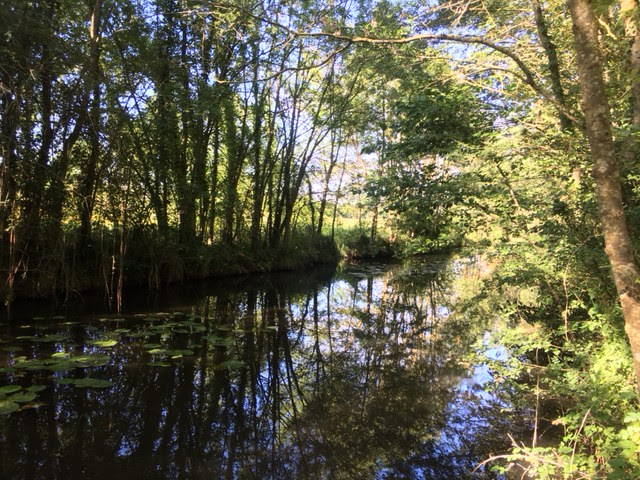 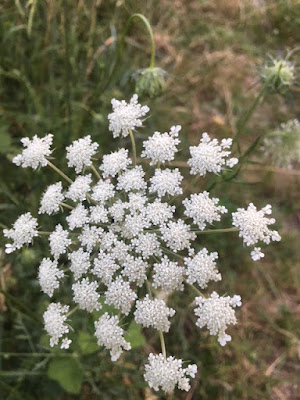 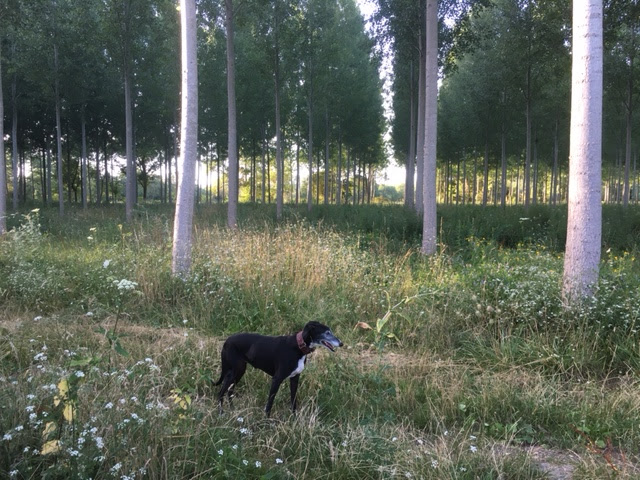 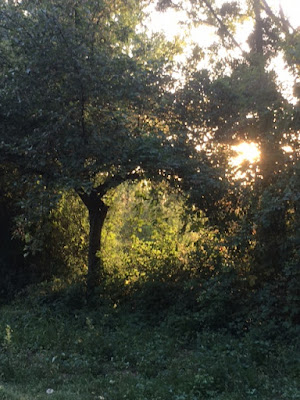 If we are evolved from fish life then I for one am certainly less evolved, happiest when feeling my limbs free and weightless when moving through water. 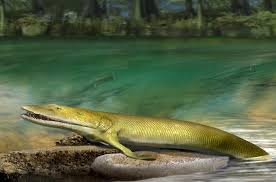 Not in the local river... idea of what we may have evolved from
Posted by writing and other stuff at 01:50