Edge of a housing estate in a forgotten part of the West Midlands? edge of Catford? Bracknell?
Nope. This building is situated on the spit of land called Sandbanks in Dorset - the fourth most expensive strip of land in the world - at the time of writing this - land there is still priced at nearly 10.000 pounds a square meter, despite house prices falling after the crash.
My visit was on a warm but overcast day in September, although on sighting this construction an imaginary chill wind of inner-city February weather whipped around me, complete with crisp packets and pigeon feathers. It seemed as if I'd been relocated to some scabby city-outskirts and that I was no longer standing on a priceless strip of land between two pieces of sea, lined with gleaming four by fours and happy wind-surfers. 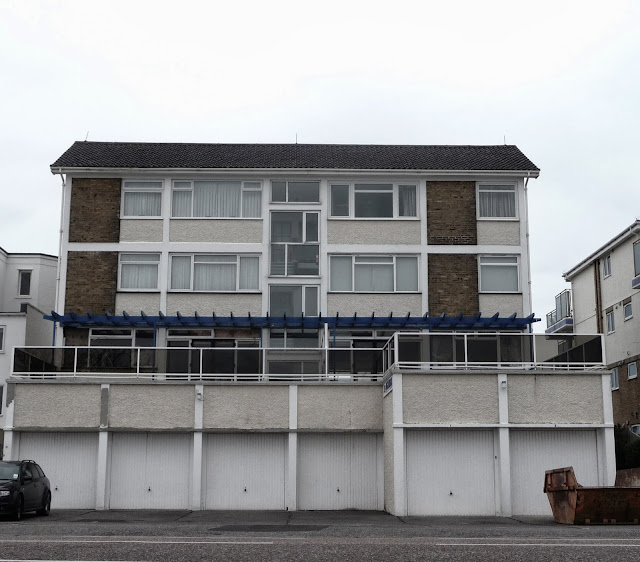 Posted by writing and other stuff at 02:55