They just don't. There, said it.
I was watching Telematin this morning, while attempting to go through my morning exercise routine and encouraging The Boy to do the same, when a really stupid ad came on for slimming cereal, then another for a species of cream that you smear on your legs to reduce flab, and then yet another for pills that you can take to 'burn off' the fat.
It's all such utter crap. Whatever the latest study has revealed, we are meant to move about a lot and not eat too many buns: that's it!
The slimming industry is a fiendishly lucrative one whether it be pills, meal replacement drinks or Martini flavoured breakfast cereal, and can also be dangerous . . . a friend of ours actually had to go into hospital as she had been imbibing a series of flab-annihilating potions in order to slim manically for a wedding. She was dangerously de-hydrated and almost lost a kidney. She did look a little thinner after a couple of weeks of hefty antibotics and throwing up a lot.
I have vague recollections of going with my mum to 'weight-watchers' in the 1970s. Held in a hall somewhere in Muswell Hill, the faithful would congregate and be in turn weighed and talked to about how many calories they had found or lost during the week. Mum did reach her target weight and was awarded a special brooch commemorating the event. She then sallied forth into the world of buns once more and put it all back on again.
You have to want, really want to do it, actually change the way you eat and exercise. Fad diets - Eating grapes and spinach for a week or gorging on flash-fried veal won't do it; boredom will soon set in and cake-lust with it.
It takes time too. I always find after winter, when I emerge blinking into the daylight, that to shed the desire to stoke up on bread and butter pudding or Mark's wicked cakes is almost impossible, but over a few weeks and a few hazardous checks in the mirror, something clicks and the want to feel/look better takes over - sometimes.
This year has been better; it took a few months but I'm back to what I weighed last summer, and I want to loose the wobbly thigh stuff, so onward and forward; I may fail when the chill sets in again, but I hope not.
So, the moving about stuff . . . cycling, swimming, walking, yoga, housework, taking the stairs, gardening, sex, whatever; it all helps, and more so if you have a routine that you can stick to so that if you collapse into a Death by Chocolate and three brandy & Babychams of an evening, you can burn some of it off again the next day, rather than: 'Shit, oh well, I might as well go for the kebab and chips this lunchtime.' 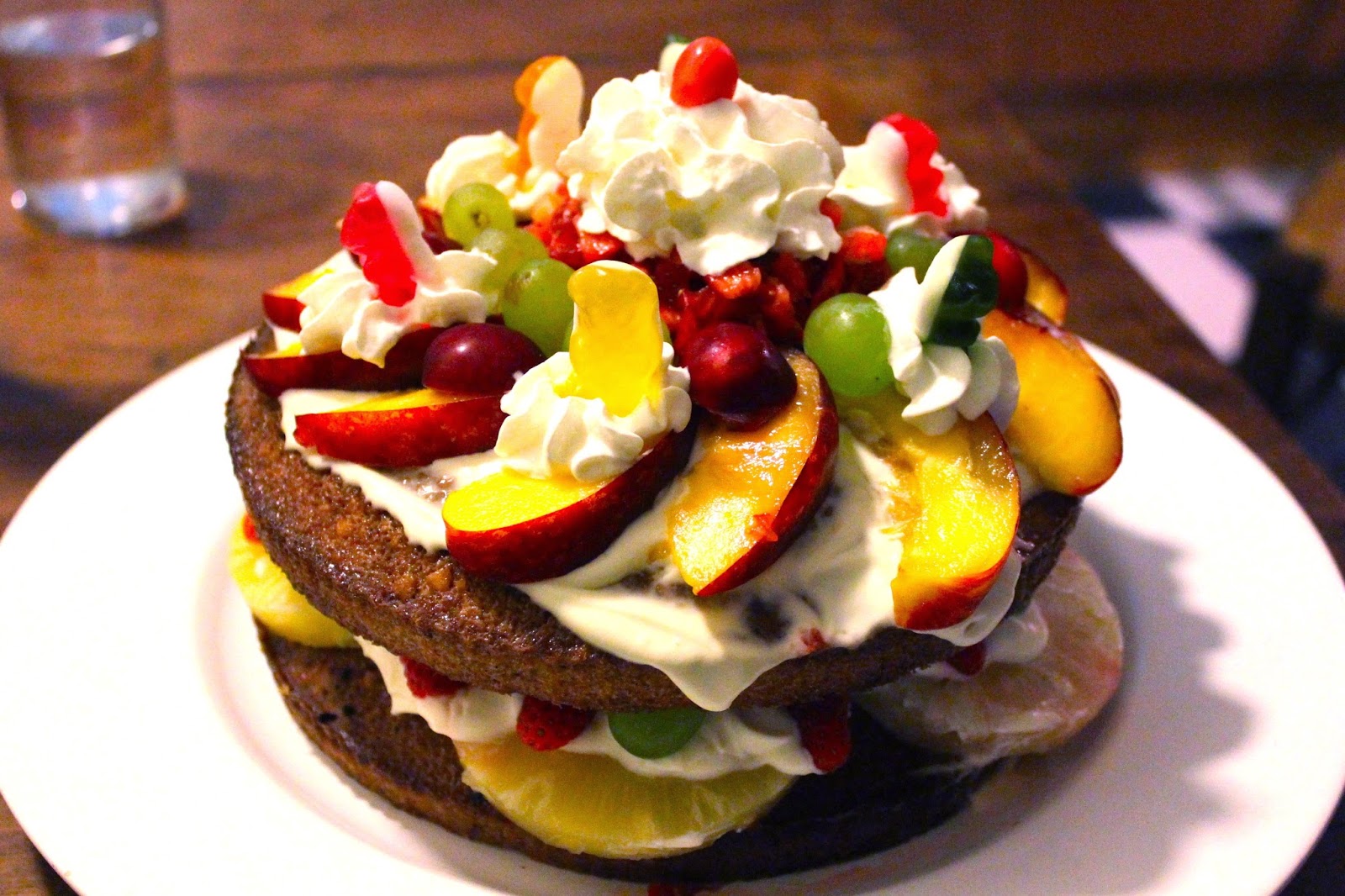 That's one of the keys points for me: have treats. If you don't allow cake or puddings sometimes, they become huge, quivering unobtainable yearned for-objects that will torment every waking moment of your life until you finally crack and eat a tub of Raspberry-ripple-choc-chip-fat bastards-delight on your own by the light of the open fridge at 3am.
The opposing views on what makes flab is interesting. I went to Slimming world with my cousins recently as I was staying with them. The main theme seems to be eat as much fruit, bread, pasta, etc, as you like but hold a cross up to any sort of fat and back away from it screaming. Other diets say eat as much fat as you want but purge the evils of bread, rice, cake and starch generally. Confusing . . .
Everyone is different and everyone burns stuff off at different speeds. Mark is tall and thin and could eat cake all day and nothing would happen. He can still fit into trousers from 1975. I think he worries it all off. I can just smell cake and the calories leave the oven, absorbing themselves surreptitioulsy into my thigh-flab. I get worried too but somehow it multiplies the fat cells.

Anyway, for anyone who is interested, this is the Hot-house regime.

At least half an hour of exercises first thing: a combination of stretching, yoga type stuff, crunches, lunges, etc; all easy to find on the internet - we had a lovely lady, bed and breakfast guest staying recently who showed us another load of exercises with weights - so useful, and these have been added in.
There is no excuse not to do this. If we have to be out of the door at 7.00am we do the routine at 6.00am. It's so ingrained now that I feel really unhealthy now if I miss a day.

Dog walk - if you have one, or cat/gerbil/on own; preferably up an incline of some sort.

Breakfast: eat whatever you want within reason, a whole lemon meringe pie, maybe not, but have the toast and butter not some vile '**** I can't believe it's not cow-substance, thing. Breakfast, as my Aunty Olive always said, IS important.

A good lunch, but maybe on a smaller plate than you might have usually; eat slowly, and don't stare at the computer/eat while driving with one hand on the wheel at the same time.

Small supper, and if possible don't fall into the snack trap (this is my big challenge) crisps, chocolate, cheese, in the evening when watching TV/reading, whatever.
Salad is good for this: make a massive bowl of lettuce, other veg, nuts, fruit etc. It takes time to eat and the desire to nibble is overcome -  plus you sleep well if Beatrix Potter was right about lettuce being soporific.

Cut down on the booze. It's always easy to forget how much sugar is in wine, beer etc, not being as visual as say a cream-laden chocolate eclair, but it certainly is there - 120 calories in a small glass of red.

The main thing is to change everything a bit, not just latch onto a new diet. It feels good to notice a reflection that looks a bit more muscly and a little less 'puckered', and it feels good to have a few less aches from carrying the extra few kilos about. Kilo = bag of sugar . . . quite heavy.

Well, some ideas from the totally non-perfect but a wee bit more toned-up members of the Hot-house. 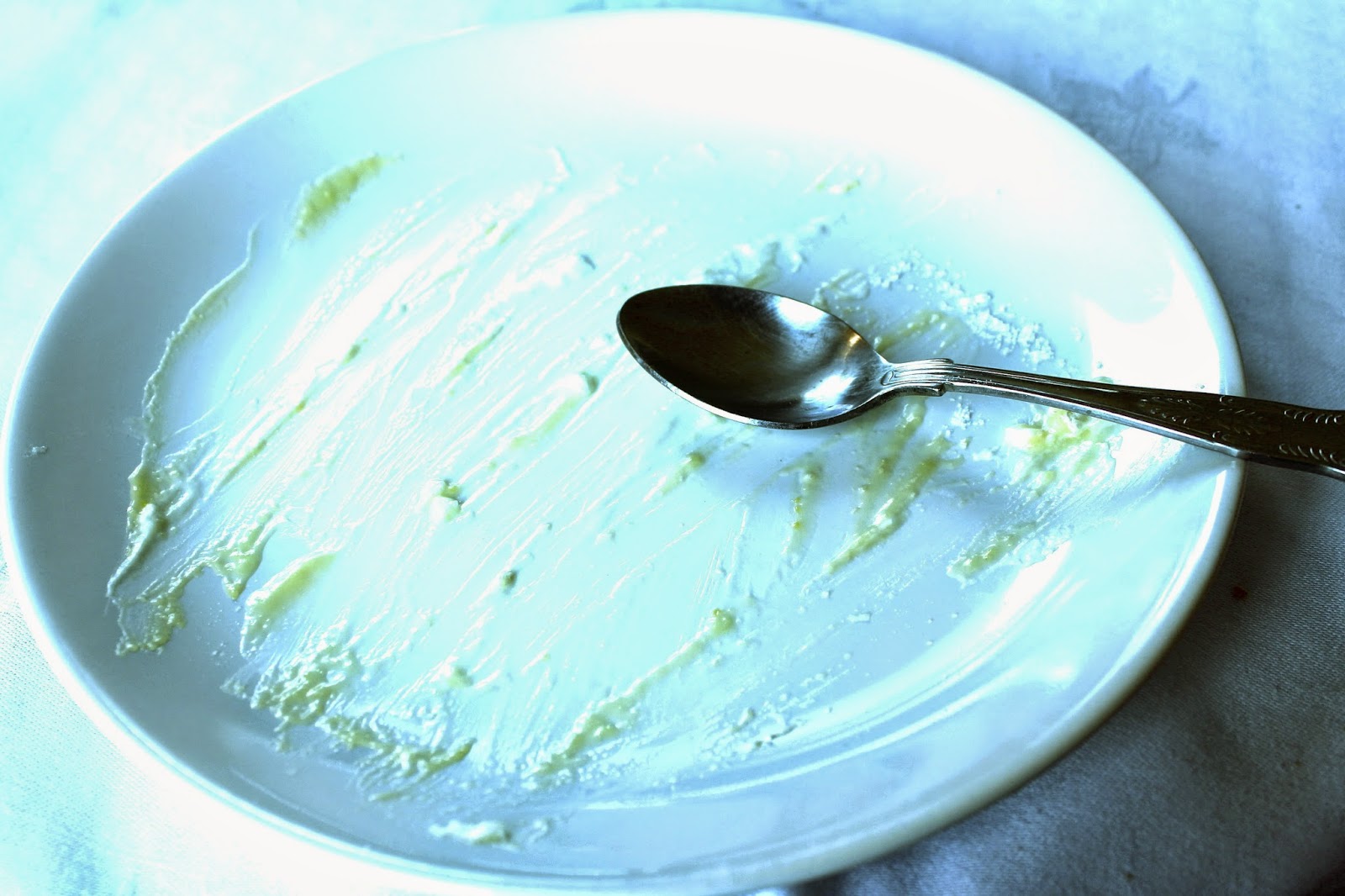 Posted by writing and other stuff at 05:28