We all have our aches and pains; personal little catalogues of inflictions that come and go, or come and stay, and then go - if we are lucky.
Some health problems can be dealt with, some can be ongoing and managed, and some can lurk backstage, waiting to jump out and scare the shit out of you, so to speak.
In my last post, I eluded to this thing that leapt up and bit me, hardly daring to mention it, hoping it would just skulk off again, but it hung around making yesterday truly memorable, and not it a good way.
Driving back from an abandoned couple of days holiday with something stabbing long hot needles into my head was pretty appalling, as was crying in a chemist shop at the pharmacy woman's kind words, (I had to force myself not to hug her, so bad was I feeling).
Trigeminal neuralgia is truly an infliction; I have had a taste, just a little taste of how supremely terrifying and excruciating it is.
Back in 2010, I experienced what the doctor termed A-typical TN, even he wasn't sure and I just worked out my own theories, staring round-eyed at three in the morning at what Google had thrown up when I couldn't sleep with worry.
True TN seems to be triggered by just about anything: a breeze, cleaning your teeth, kissing someone, before you are thrown into an electrical, clenching pain that throbs and zaps over your face, into the hairline, right into your teeth, tongue, eyes and leaves you crying and gasping for it to stop - the worst pain known to man it has been called, and yes, I think that's fair to say.
The worst part of it is the anticipation of a 'strike'. I could liken it to watching a horror film; the music is warning you something is about to happen, but you don't really know when, so you creep about, doing whatever you think will prevent the stabbing pain: constant alert, and it's exhausting.
My version seems to be connected to something in my neck - an ongoing irritation of flaring pain that comes and goes - so far, no one has discovered what the problem is and I can totally live with that pain as it's nothing in comparison.
So what is this post about? Other than me moaning on . . .  Just my findings and ways of coping with the flareups in case anyone out there is going through the 'staring at the internet pages' stage. It may not be of much help, but a few things I read about, now written here, helped me a lot.

Stop drinking coffee: One of the most useful things I ever read was by a Doctor in India; his internet page started with that: Stop drinking coffee - my symptoms were reduced by about 60% immediately. Tea's not great either, so I try to stick to two cups a day.

Don't do a lot of this - sitting at the computer; difficult if that's your job, but for me I know it's one of the biggest culprits. At least get up, stretch, walk up a flight of stairs, look out of a window and change your focal depth onto something real: trees, birds, a car park even.

Use the phone as little as possible, especially mobiles. I know when I had a major attack a few years back it was during a stressful period of house-selling and the phone had become a permanent lodger crunched between my ear and shoulder as I dealt with all the usual household stuff.

Exercise: VITAL. Preferably something outside like gardening where you become lost in an activity very different to the usual routine. Brisk walking and cycling, swimming. This may be impossible if you are suffering from a true TN attack, but at any chance, do it.

If you have to be away from family, friends and pets, etc, carry a photo or two of them; in the middle of one of those hideous lonely times of pain, just holding onto a visual reminder of who is dear to you can help.

I've just read an article about acupuncture being extremely useful; perhaps a good one to try, as the drugs offered can be fairly heavy, or so I've heard.

Anyway, time's up and I'm off to attack the garden as I can feel the music starting up; a long way off
but it's there none the less. 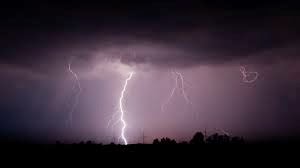 Posted by writing and other stuff at 07:48