Following on from last post - not really fair to show just the loo of this magnificent building . . .

We were in Cerbère this weekend for the art film festival and took a few minutes before the first film (an excellent study on the 'Flaneur') to wander about (flan, in effect) and admire the faded beauty of the rooms created for wealthy travellers of La Belle Epoque. 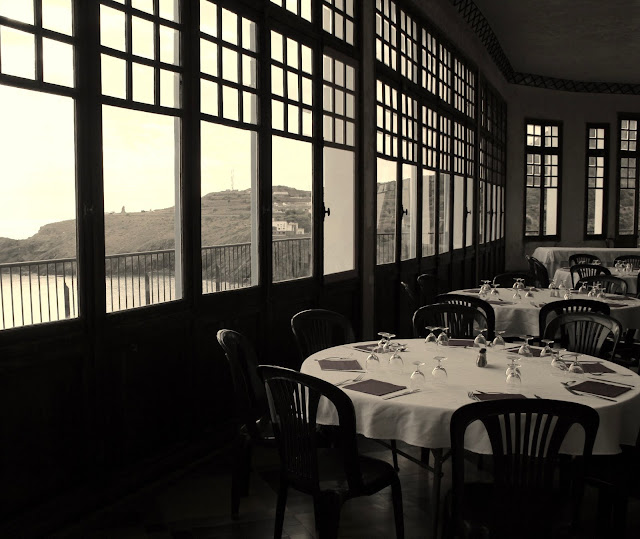 The Belvedere de Rayon Verte was built during the early twenties as a stopover point when people had to wait, sometimes several days, before crossing into Spain from France.
Aimed at a moneyed clientele, the hotel had a large dining room with sea views, a cinema and tennis courts on the roof. During and after the war the building fell into neglect for many years but now, slowly, the hotel is being reinstated by the owner - the great grandson of the original propriétaire, to become a venue for concerts and theatre as well as a fascinating place to stay. 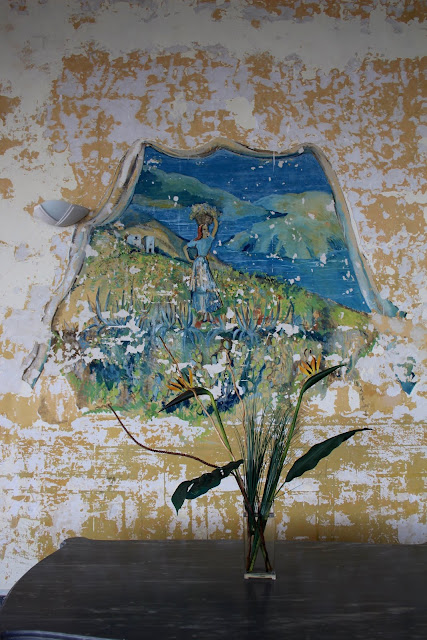 detail of the dining room 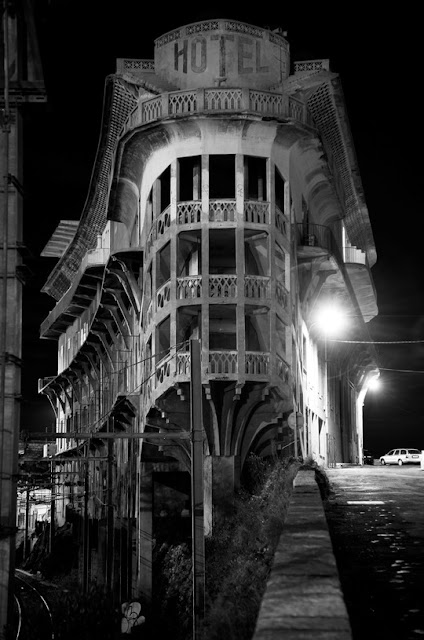 
http://www.rencontrescerbere.org  - link to the excellent film festival in October.

Posted by writing and other stuff at 06:39