Things that turn out to be a good idea

This year when the chimney sweep arrived back in September he sighed at the sight of our awful old fireplace.
"Madame, il faut que vous débarrassez de ce truc. Vraiment, c'est dangereux!"
He swept, sighed more and handed me the piece of paper stating he has done the deed - with the box marked 'unfit', for the third year running.
I watched his van fart off down the road and thought, okay, I suppose we'd better do it then. 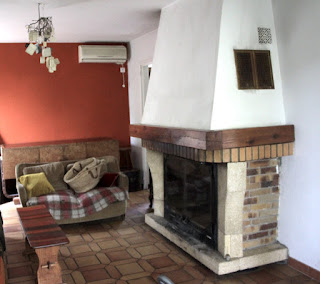 Bizarre fireplace we had inherited

So, we did.
The demolition was interesting, the selling of the apparatus on the 'Bon Coin' even more so. A bloke turned from Montpellier with a van and a mate. Even with them and the two builders it was almost impossible to get it in the van - the biggest, heaviest fire 'insert' any of them had ever seen. They did eventually tip it in then set off back up the motorway to install the thing, hopefully more carefully than it had been in our house. 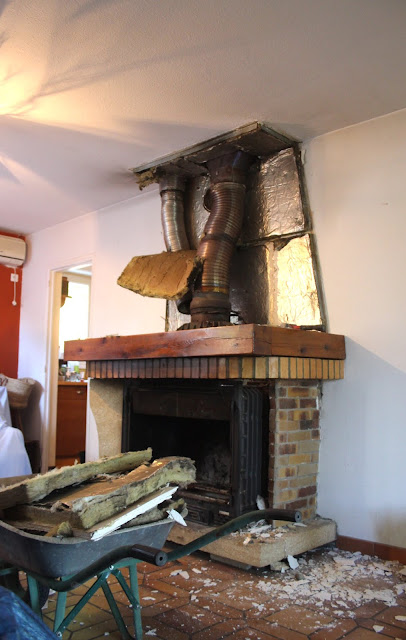 The stove arrived. We'd gone for a 'Jotul' model, as although it was scarily expensive, I wanted something from a country where they really know about cold - Norway. It was installed, terrible 'making good' work done which had to be re-done when I complained to the shop owner (I've rarely seen a French man look embarrassed). I filled and patched up the remaining defects, painted the wall and we lit the first fire even though it was about 35 degrees outside.

Now, in December, I'm thanking the chimney sweep: no smoke-filled house, less wood used, more space in the sitting room, and above all, we are warm! all the time; it even heats upstairs by a simple operation of 'leaving the doors open'.
If you are reading this and considering buying a stove - get one. A big one, and, although it's an investment, preferably one made where they really know about cold. 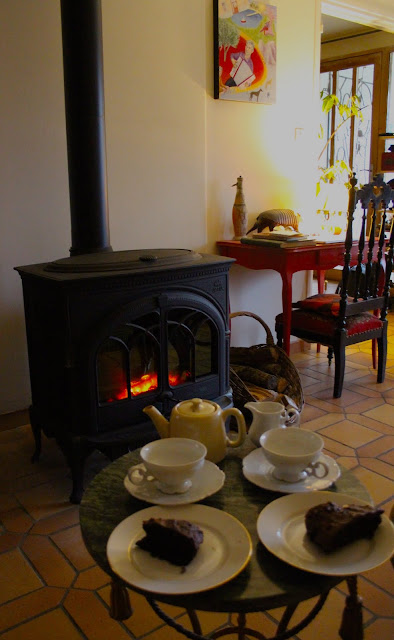 Posted by writing and other stuff at 02:18