First wanderings: quick stopover in my base - the St Athan's hotel, Bloomsbury; sadly no evening meanderings as I'd arrived at two in the morning, not seven in the previous evening (see last post), so just a mornings walk. Anyway, as ever, London even within a square mile or so, was visually and audibly fascinating, and perhaps it's not always a bad thing to have time and distance perimeters.
Left the hotel and walked around the Bloomsbury squares partly thinking about a wonderful little 1960s documentary narrated by Kenneth Williams of his childhood in the area (will see if I can post it), re-found Woburn Place with its charming little parade of non-knackered shop fronts, then got on a random bus and ended up in the madness of Trafalgar Square; up Charing Cross road (stopping in all second hand bookshops) turned left and into Soho, where, opposite Ronnie Scotts, I found the ancient Italian café of my most earnest desires (oo, ek).
Thought all these had well and truly been sat on by Starbucks, Costa's, Nero's et al but there it was in all its Formica and neon splendour. I asked if I should order at the counter and the slick-haired man smiled: "You like men or women?"
"Err, Men?"
"Okay, I take your order then."
I drank excellent hot chocolate (sadly no can do coffee, but did appreciate the scent of it), ate a weird little maggot-like cake that tasted of brandy butter, and listened in to the conversation all around - which was impossible as it was mostly flamboyant-sounding Italian. 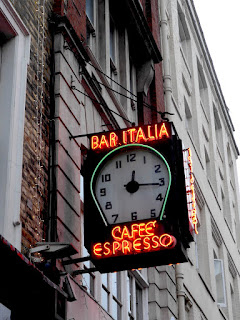 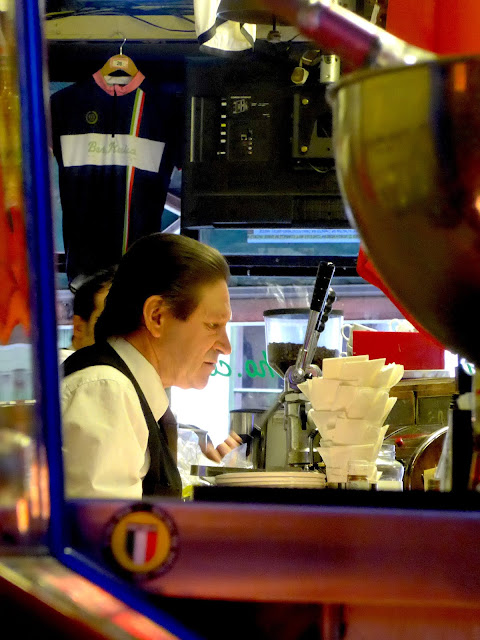 Back out into Soho square and beguiled by a shop-display pile of old TVs all broadcasting the same flickering 70s? film, went in to see what the shop actually sold - hand-made designer and vintage glasses. The two elaborately dressed assistants or owners were helping two traffic wardens with a possible choice of frames, a conversation I think had been going on for some time. After the dark-suited two had left purchase-less the woman turned to me with a unruffled expression.
"I think they just come in to keep out of the cold." 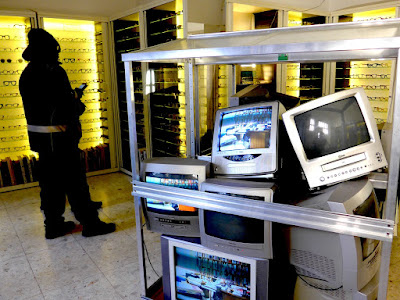 I continued on, crossing over the river of consumerism (Oxford Street) and wandering around the streets leading back to Tottenham Court Road - Goodge Street hardly recognisable from when I lived there back in the late 80s. Took my crap old iPhone 5 into one of the small electrical shops as its charge was disappearing after an hour.
"Hello, do you deal with antique phones?"
Looks at it with mild distaste. "Maybe - what's the problem?"
Explained, after which he suggested a new battery for 35 quid, to which I said, "Oo, not sure," to which he said, "OK, 20 for cash." Ten minutes later after some technical stuff involving a hairdryer, my crap phone was once again working. Useful info BTW: never let your phone charge for more than 100% and certainly not overnight - "kills the battery dead quick," he said wagging a finger at me.
And so, it started to rain. Back to the hotel, grabbed case and off to the tube/Waterloo. 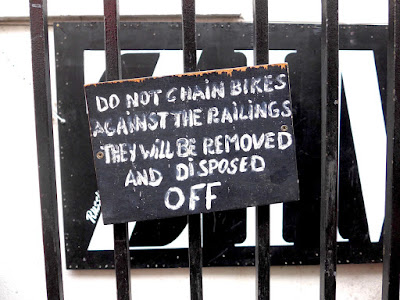 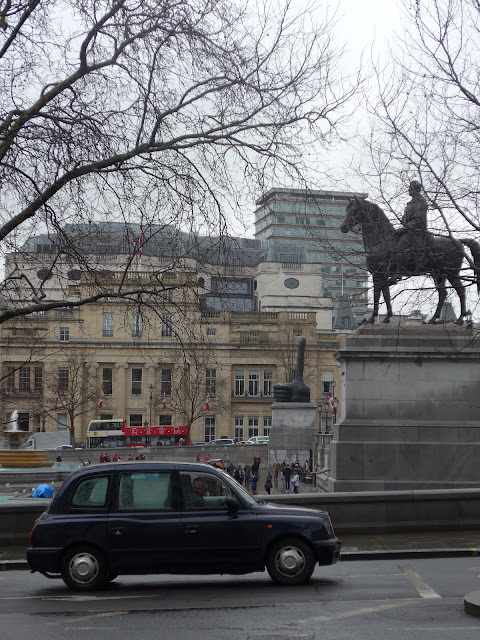 
Shop windows around Bloomsbury and Soho 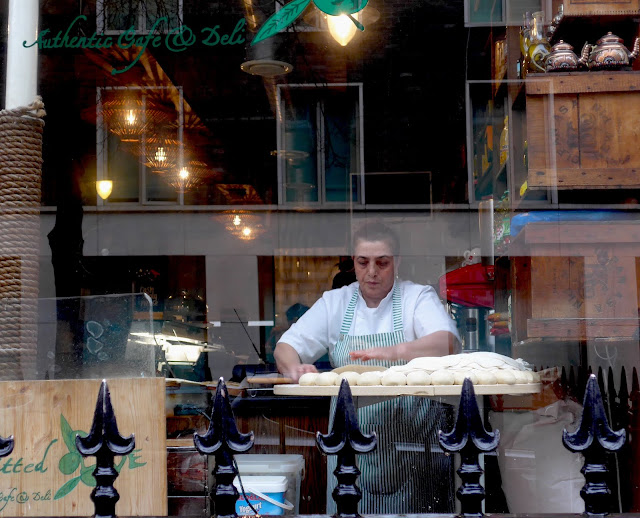 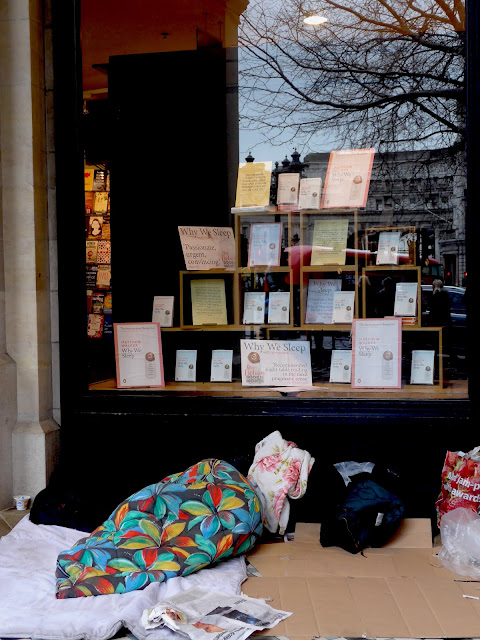 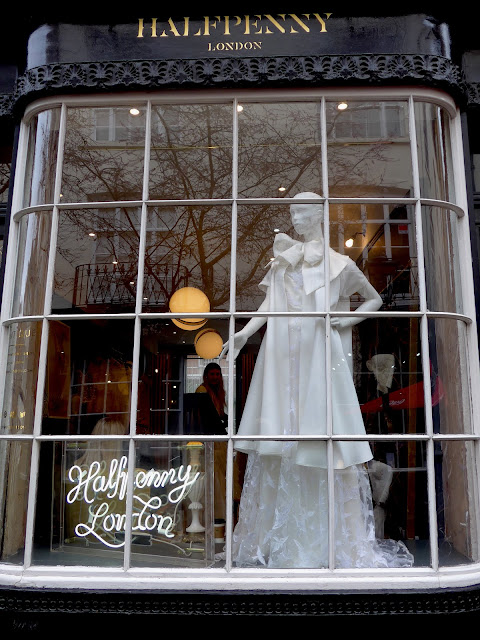 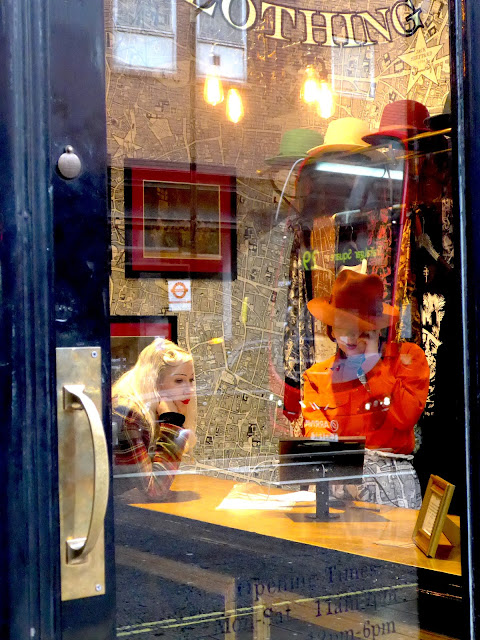 Second even shorter London trip from Dorset to see a literary agent.

Set off after meeting to do a planned walk to Archway but the steady drizzle morphed into a monsoon; cafés and buses and tube visits/voyages instead . . . which had their own pluses. 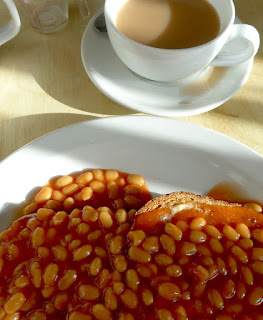 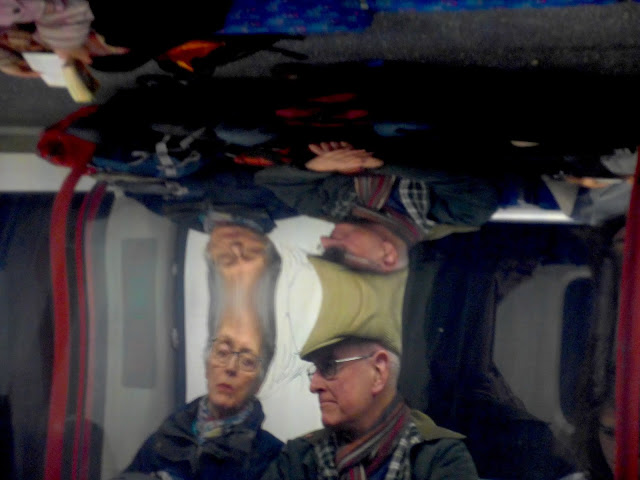 Aliens on the Central Line 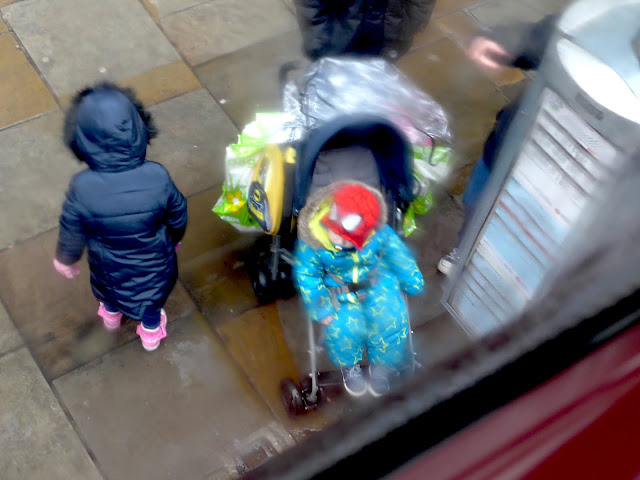 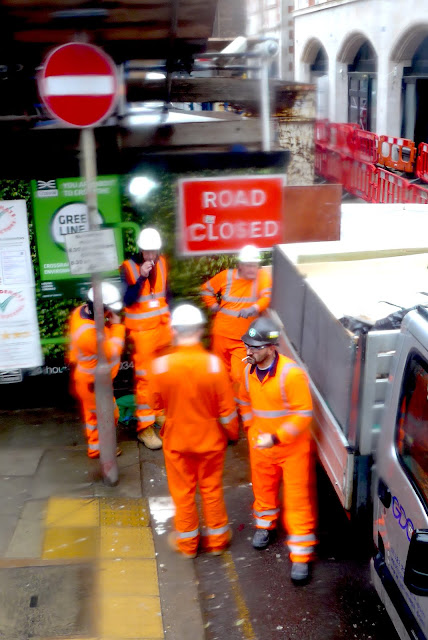 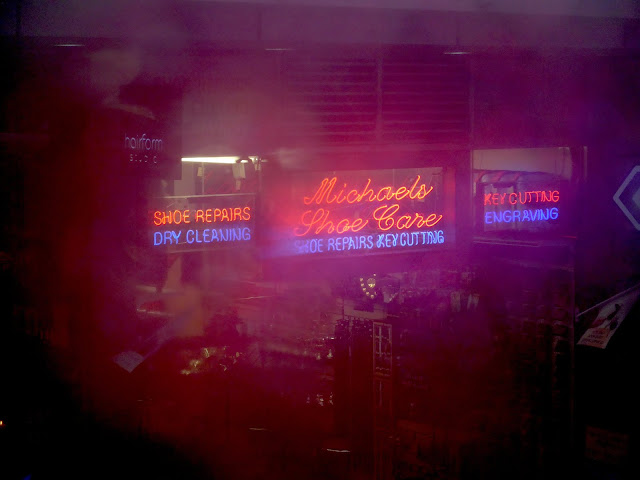 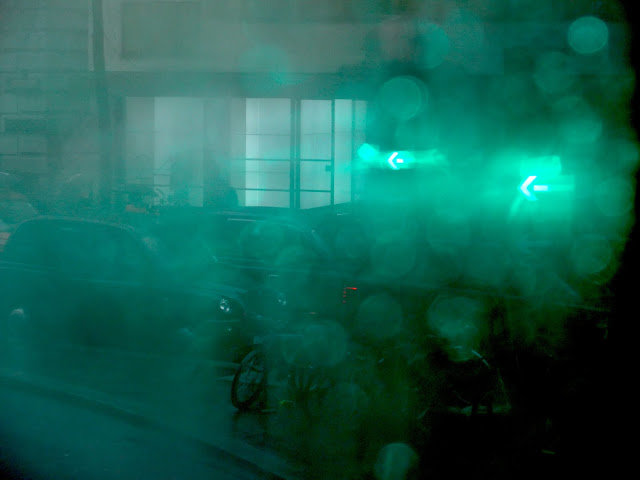 Posted by writing and other stuff at 03:22