Small gestures and the usefulness of chickens

With everything that seems to be insurmountably terrifying these days: state of the seas, pollution generally, plastic madness, off the scale-bizarre politicians, etc, etc,  The Future is a worrying place.

While listening to a Will Self lecture recently, I was struck by something he said - am quite often struck, in fact, but this particular remark felt oddly reassuring: all we can do are small acts of kindness, and I think he's probably right.
Absorbing and worrying about everything that's going on is overwhelming and depressing, but fairly constant small gestures for the the planet, our fellow man and for ourselves are manageable, whether it's taking an aged neighbour to the shops, helping at a food bank, putting more effort into recycling of all sorts, helping your local winter bird population, telling a friend they look great, buying a bag of lentils instead of marshmallows - or better, buying lentils rather than meat, planting lettuce, walking/cycling rather than driving where possible, appreciating nature wherever you are, reading books as appose to gawping at another something on Net flicks, buying as much as possible in charity shops, donating to crowd funding for useful inventions and art projects, and, picking up your dog's poo before someone treads in in - which brings me to this wonderful small and incredibly clever invention, above.

Back to the subject of recycling: Chickens. Unless you are a vegan, chickens must be the most useful entities to have about the garden - if you have one. We boil up our veg peelings, they love them and require little else other than a bit of grain and garden-roaming, and we get beautiful eggs. Six chickens = no egg buying for the last two years, enough for breakfast each day, a lot of cake, and   often, enough eggs over to give to friends.
After the initial investment of the chicken housing, and the bird itself (rather less than a reasonably good quality dead one in supermarket) they cost virtually nothing, provide protein-packed food, great fertiliser, and you are saving one more bird from a miserable existence in a battery cage somewhere. 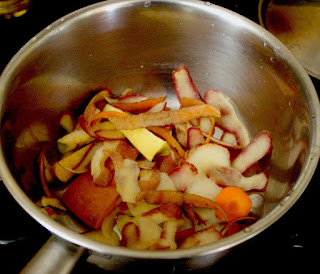 Pan scraps - cooked on top of the wood-burner 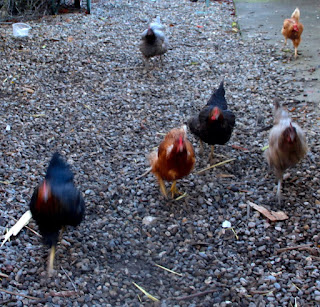 Flock of 'Gladys' on hearing the arrival of said-scraps 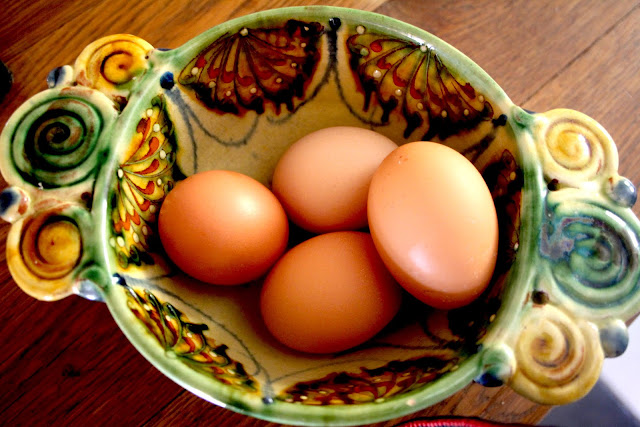 Posted by writing and other stuff at 06:22