Yeah well, it wasn't exactly the same numbers as the London Stop-Brexit rally but a few of us Brits in Southern France got together and with permission, bien sur, of Toulouse Mairie, were allowed to make our own small version in the main square.
A few hundred leaflets handed out, much tweeting/Face-booking, and poster holding later we acknowledged it had been worth doing. All the French who had stopped and talked with us were either for Britain remaining within the EU, or happy to discuss the subject, sometimes not really knowing much about it.
The poster announcing that London is officially recognised as the Fifth biggest French city, just before Nice, was read many times with many very raised eyebrows.
No one told us to get off back to the rock and apart from one bloke on a bicycle who methodically made one of the A5 leaflets into a paper aeroplane, curled his lip slightly and threw the dart at us, there was no animosity, no slavering Frexiteers, just polite and supportive interest. 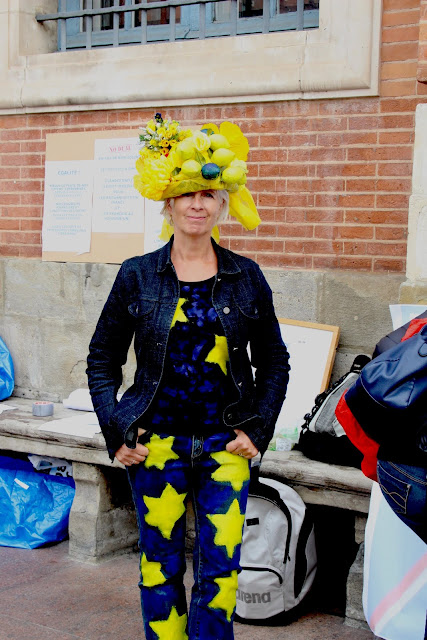 I knew there was a reason I kept the Carnaval hat. 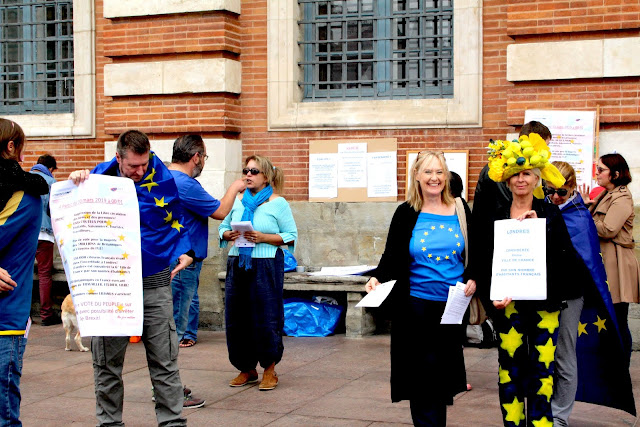 Posted by writing and other stuff at 22:33