Contrasts of shopping in Paris

Having planned a couple of 'flanning' days in Paris with my son - (flanning -  flaneur - one who wanders the streets with no particular objective other than to observe and listen) the fact that the outside temperature was at best 0 degrees meant that the usual ambling pace of the practice would not be possible.

We decided a flan around absurd shops would be interesting with free warmth - and no expenditure if we weren't tempted by the odd Hermes clothing item . . . First stop, Gallerie Lafayette. Excellent warmth despite their regular announcements that they were taking climate emergency seriously by lowering the normal ambient temperature and that free vin chaud would be circulated to all clientele to compensate for this appalling sufferance ;0) 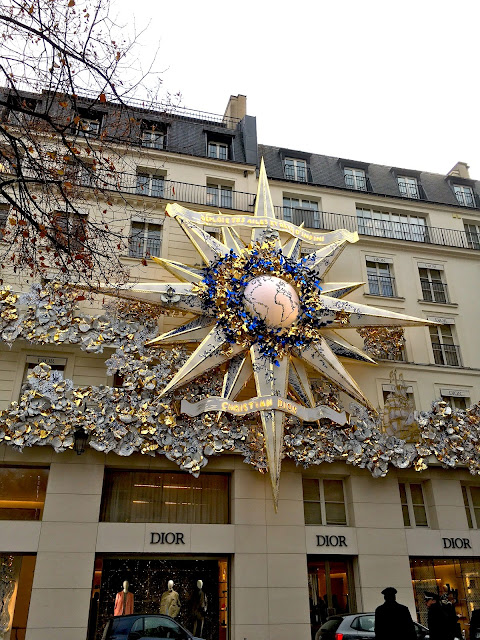 Ridiculous bags and shoes were in great evidence including a fine crop of over-sculpted training shoes by all brands. I didn't take pictures as heavies were lurking. I rather liked these Guccis at 950 euros and after checking what were the most expensive sneakers ever sold - a pair of gold Air Jordans at 2 million, well, the Guccis were a bargain really. But, as a fan of Scroogenomics I'll stick to my Vinted pair of Adidas black nondescripts. 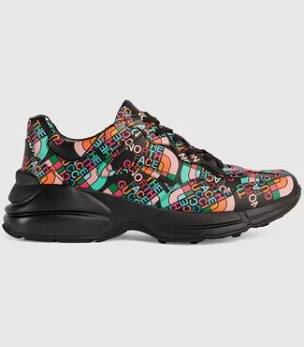 After the heat of G la F we ventured out into the Champs Elysées and to the seriously serious shopping streets where all parked and passing cars are Mercedes at the very least, the most extreme vehicle being a white stretch jeep with gold wheels and New York number plates. Here are seated the likes of Louis Vuitton, Hermes and Maison Goyard. I entered the latter to inspect, or rather gawp at the range of dog-transporting luggage. What would I spend 6,500 euros on . . . hm . . . probably not a small square case - which was exquisitely made, it must be said - containing two stainless steel dog bowls . . .  or maybe they were platinum. 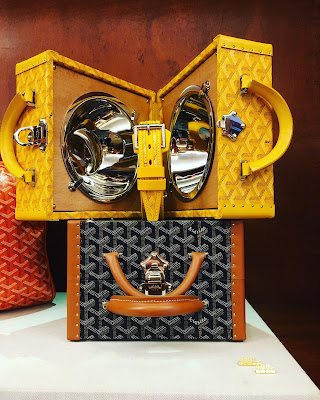 Ezra was reluctant to enter the hallowed halls of Hermes as surely our charity shop garb would be spotted and we would be politely asked to vamoose. I insisted and someone approached, asking charmingly if would like to see anything in particular. We said, just browsing, and that was fine. The real purchasers were seated with champagne and little cakes; products being shown, talk of alternative colour ways, shipping, and addresses of hotels for items to be sent to. There was little to smirk at here - no glitz, no gold training shoes, just beautiful, delicate clothes and bags, the colour palettes, extraordinary. I did finger (gently) a pale blue leather jacket with a price tag of 22,000, at which point another assistant appeared and asked slightly more pointedly if I would like to know more about the article. I did wonder how far one could pretend to be poised to buy something, when the champagne might appear but it was time to move on to other shops and more importantly, a cup of tea. 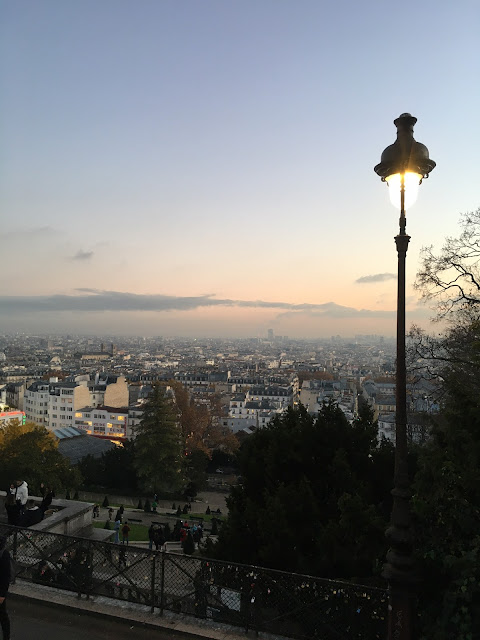 As dusk began to turn the sky that winter pale greeny-blue we walked at a blood-stirring pace up to le Sacré Coeur and gazed out across the white and grey expanse of Paris before finding a metro stop - Ezra to his B and B somewhere beyond the périphérique and me to mine in a fairly dodgy area within the 19th arrondissement. 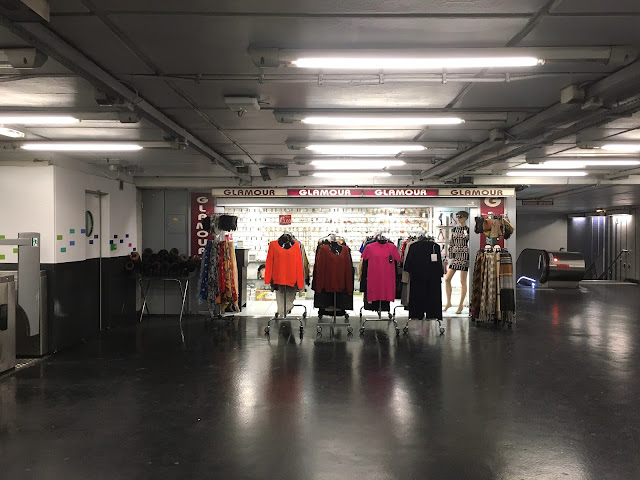 I stopped to photograph a lonely boutique below one of the stations and thought about the contrast to the window displays and haute couture we had recently seen. On climbing the stairs to my destination the contrast was starker still.

The main products on sale here were hot peanuts and chestnuts, a few freezing vendors wheeling small shopping trolleys containing a paraffin heater, on which was balanced a tin tray of nuts. People hurried past, intent on getting indoors. I wondered how much the paraffin heaters cost as I bought a bag of peanuts. How much would each person take each winter night? How long would it take to thaw out their limbs? I reached my lodgement, worked out how to enter the building and stepped out on the fifth floor, slightly apprehensive as always with a cheap air B and B.

The woman was charming, the flat warm and cosy and filled with oddities which made me feel immediately at home. I drew the curtains in my room and sat for a while thinking about the vastness of the city, the money being reckoned up in all those now closed temples of shopping, and the preparation for another run-up-to-Christmas day.

Posted by writing and other stuff at 18:49